While flying to the moon a rocket throws off parts that are no more needed, but they were necessary to arrive at the moon. The dumping was necessary also.

And with the Space Shuttle the SRBs were not discarded. While they never themselves made it into orbit they were always an integral part of deploying the shuttle into orbit.

A nice extra is that e2e tests can be used with legacy code that is not neat.

I was once pulled into a project where the maintenance team of a legacy application hit a wall. Real world usage kept uncovering edge cases that the e2e testing didn’t account for. But even after adding additional tests they still had a devil of a time to track down the root cause of these defects. Typically the defect was detected so far downstream that they often got “lost” when they tried backtrack to the root cause with the debugger.

It’s easy enough to simply trace that type of data at the driver level but typically you can’t arbitrarily instrument the data to identify the full context of that data. So I pulled all the DB code into a separate layer - in such a way that a shim-layer could be inserted in the development environment. That shim layer could then be augmented to log and instrument all the data that is moving back and forth between both sides.

Once that was in place it was much easier to reason out what the application was actually doing. The team could run a passing test and see what “healthy data traffic” looked like. Based on that they could formulate a working hypothesis of what “healthy data traffic” should look like for a new, failing test. When they encountered a deviation, they investigated typically with one of two outcomes:

In the end this tactic allowed them to move forward when (e2e + debugger) failed them.

Michael Feathers responded to Why Most Unit Testing is a Waste: 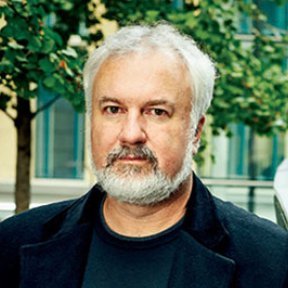 ‘Why Most Unit Testing is a Waste’ by @jcoplien. My answer: not if seen this way: michaelfeathers.typepad.com/michael_feathe…

The Flawed Theory Behind Unit Testing (2008)

Unsurprisingly none of this convinced Coplien but the article makes some interesting points. First:

So not only is there rampant confusion about what exactly a “unit” is, as far as Feathers is concerned “testing” isn’t the primary objective of “unit testing”. He practices it to improve code quality - showing correctness is a mere side effect.

Code quality is a somewhat nebulous and subjective concept. There are software metrics to measure code characteristics (e.g. cyclomatic complexity) and some people establish limits on these metrics in order to narrow down what “code quality” actually is but the whole business has an air of educated arbitrariness about it.

But there is a hint in the preceding paragraph about the code quality that Feathers is after:

For me this is my second encounter of a “high profile” Detroit School (Classical) TDD practitioner expressing some skepticism about the London School (Mockist) TDD use of mock objects. The first was Martin Fowler:

This has particularly struck me when I’ve observed a mockist programmer. I really like the fact that while writing the test you focus on the result of the behavior, not how it’s done. A mockist is constantly thinking about how the SUT is going to be implemented in order to write the expectations. This feels really unnatural to me.

But in the end they play nice and don’t press the point. But I think that was a mistake.

For example a good talk about keeping the volume of unit tests under control is Sandi Metz’s The Magic Tricks of Testing. But from Feathers’s perspective the problem is already apparent in the title - talking about unit tests and testing - not code quality.

Recently you posted about Mark Seemann’s work (thank You for that - I think anybody who has finished watching Scott Wlaschin’s talks needs to continue with Mark Seemann’s talks).

In Functional architecture - The pits of success he credits Jessica Kerr with the concept of isolation:

When the only information a function has about the external world is passed into it via arguments.

Inspired by Haskell, Mark Seemann pushes isolation to purity when he talks about Dependecy Rejection. I’ve seen the idea of the impure-pure-impure sandwich somewhere before though I can’t recall where; it’s an interesting approach though I’m not sure how it would fare in large scale software development. There isn’t a lot of commercial Haskell software development and imperative programming is still possible in Haskell due to the monadic do syntax.

However the extreme of purity is still instructive to demonstrate what isolation is after. Mutability by default which is typical of OO undermines purity as anything can retain state. But isolation does severely constrain what can influence a “unit’s” behaviour.

I suspect that the code quality that Feathers is after is isolation and the units he works with are units of isolation. Units of isolation could be a single class but often are a collection of collaborating classes. So there is no directive to write unit tests for every single class.

If so, unit tests demarcate the boundary of the unit of isolation and the assertions monitor the health of that unit while development progresses.

With classical unit testing there is significant design pressure to optimize the boundaries of the unit of isolation - otherwise the developer would have to write too much code for test doubles.

Mockist unit testing significantly reduced the penalty for needing test doubles and therefore removed the pain from assuming that the class boundary is the boundary of the unit - it became much easier to stop thinking (find out where the boundary should actually be) and lose the primary benefit (code quality) of unit testing.

That doesn’t mean mocking libraries/frameworks are bad. Mocking is essential for dealing with boundaries that you have no control over. But there should always be a very good justification for mocking your own code. And there is lots of material about mocking as a design smell (When is it safe to introduce test doubles?).

Classical TDD attempts to discover the appropriate units of isolation which in turn should lead to better code (as in easier to change later).

These days when unit testing is taught, mocking libraries like sinon.js are introduced before one gets to the point of thinking:

How can I organize this code so that I don’t have to create so many test doubles?

So if one accepts a predominant practice of degenerate unit testing which uses mocks heavily, and focuses on “testing”, rather than code quality as manifested by appropriately isolated functional capablities then these reports of the failure of unit testing aren’t surprising.

So not only is there rampant confusion about what exactly a “unit” is, as far as Feathers is concerned “testing” isn’t the primary objective of “unit testing”.
He practices it to improve code quality - showing correctness is a mere side effect.

Code quality is a somewhat nebulous and subjective concept. There are software metrics to measure code characteristics (e.g. cyclomatic complexity)
and some people establish limits on these metrics in order to narrow down what “code quality” actually is but the whole business has an air of educated arbitrariness about it.

Reminds me of what Lamport said BDD / TDD criticized :

to write a good program, we need to think above the code level. Programmers spend a lot of time
thinking about how to code, and many coding methods have been proposed: test-driven development, agile programming, and so on. But if the only sorting algorithm a programmer knows is bubble sort, no such method will produce code that sorts in O ( n log n ) time. Nor will it turn an overly complex conception of how a program should work into simple, easy to maintain code. We need to understand our programming task at a higher level before we start writing code.

In the first academic paper “On the Relation Between Unit Testing and Code Quality” (you can find the pdf on https://arxiv.org , it has the quoted title) no or only a weak relation is found. I have not read the paper in detail, but the result does not surprise me.

Abstract—Unit testing has been considered as having a key role in building high quality software, and therefore it has been widely used in practice. However, data on the relationship between unit
testing and aspects of software quality remain scarce. A survey study with 235 survey responses from seven organizations was conducted in order to understand the correlation between practitioners’ perception of code quality and unit testing practices. In addition, we conducted a case study in one of these organizations
to investigate the correlation between unit test coverage and post-unit test defects. In both cases none or weak correlations were found. We recommend further research on the effectiveness of different testing practices in order to help practitioners to understand how to best allocate their resources to the testing
chain.

I could write more about this, but have to do some work now. With Hickey I think

Each of us needs to assess how best to spend our time in order to maximize our results, both in quantity and quality. If people think that spending fifty percent of their time writing tests maximizes their results—okay for them. I’m sure that’s not true for me—I’d rather spend that time thinking about my problem. I’m certain that, for me, this produces better solutions, with fewer defects, than any other use of my time. A bad design with a complete test suite is still a bad design.

Thanks for your reaction.

With Hickey I think

I’d rather spend that time thinking about my problem. I’m certain that, for me, this produces better solutions, with fewer defects, than any other use of my time. A bad design with a complete test suite is still a bad design.

Programmers who advocate writing tests before writing code often believe those tests can serve
as a specification. Writing tests does force us to think, and anything that gets us to think before
coding is helpful. However, writing tests in code does not get us thinking above the code level.

However, often times, I’ll iterate quite a bit of the design of a solution. Only once I feel confident in the design, or at least parts of it, will I start to add tests.

Prefer functional tests as well, as depending on the system, so long as they’re solid, you should be able to completely gut/refactor/rebuild whatever is going on internally and validate the system will still function as expected. If those functional tests are comprehensive, it should very much likely cover the internal components as well.

Thinking above the code level is what I need / what we need.