Create form_for without a changeset

I want to use form_for for creating a html form without a changeset.

The function for handling the request:

How can I create a form without a changeset?

You can also you Phoenix.HTML.Tag.form_tag/3 to create forms, but be aware that you will not be able to use functions from Phoenix.HTML.Form, like the text_input/3 in this case, you will need to build your input tags manually (which normally is not a big problem if you don’t have a model linked to the form).

You can employ parts of Ecto and create tableless model you use in your forms lile it was normal Ecto struct that normally comes from database. Here, somewhere further down the page:
http://blog.plataformatec.com.br/2016/05/ectos-insert_all-and-schemaless-queries/

You could then create a form as follows using form_for/4

Now I am confuse guys, so different way but which way should I take?

If you employ parts of Ecto, you may do normal validations.

If you go with 2nd version that directly passses @conn to form you may need to do validations in some other way.

This is the main difference. The choice is yours - generally there’s always more than one way to do things

I choosed the advice from @adides and did as follow:

Thanks so much guys.

I’m quite new to this. Not even an ex Ruby on Rails programmer. This seems to be exactly what I’m looking for, but I’m stumped by one detail. These examples all have an action listed, i.e auth_path(@conn, :signin) in kostonstyle’s solution, session_path(@conn, :create) in adides’ suggestion,… So my noob question is, where does this action function live? I’m trying to understand how this statement “:create would refer to the create action…” relates to the session_path action.

I can understand that I need a create() in the controller, but then in which file in my code does the session_path() code belong in? Thanks!

I can understand that I need a create() in the controller, but then in which file in my code does the session_path() code belong in?

I stumbled upon this myself.The session_path is automatically generated for you and not actually defined as such. (I grepped the code in all sorts of different ways trying to find it)

It is the resource macros in the router module that creates these helpers for you.

Will generate a “page_path” function for you.

Expected? If so, that means that I reference it in the form but it’s not code to be modified… Thanks again!

Yes this is expected.

The update_path_path is a helper function which you can use in your phoenix application to get the URL for the particular route.

When the router match on the incoming requested path with the post it will call the funtction UserController.update

The UserController.update function is what you need to implement.

Great help! A few things you helped me clarify. 1) The fact that these helper functions produce a string, which is what form_for is looking for in the 2nd position over. I’d not caught that in the docs, even though I clearly see it now! 2) The string is the path describing the action. 3) Finally, thanks for the references to the documentation. This statement in the Router doc “Helpers are automatically generated based on the controller name.” finally made sense. If a controller is named DogcatController, then the helper would be dogcat_path(), where I kept looking at the paths in the router and thinking they determined the name of the helper. Thanks again!

Take a look at this video: 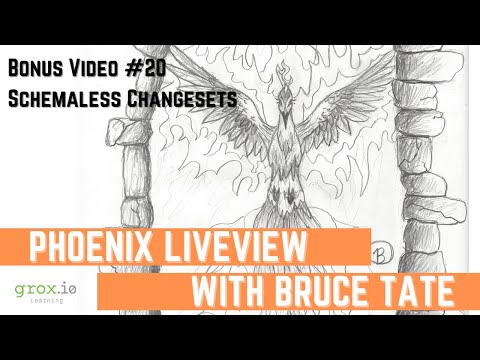