Hi Folks,
I would greatly appreciate any suggestions for the following requirement I’m trying to implement with Phoenix. I’ve gotten a few screenshots attached as well.

It’s henceforth that I’m having issues: 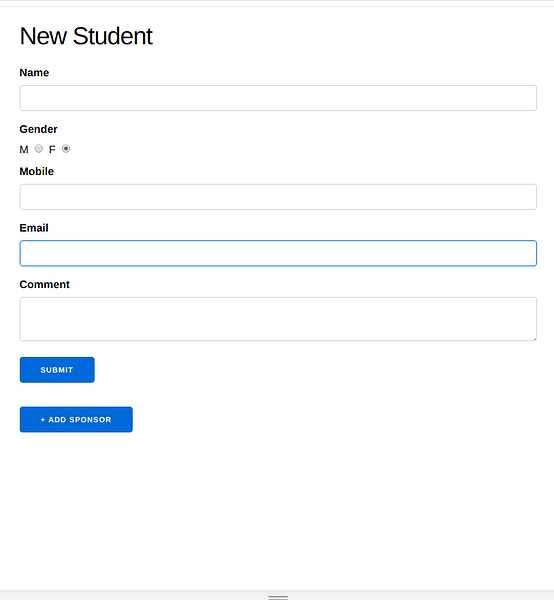 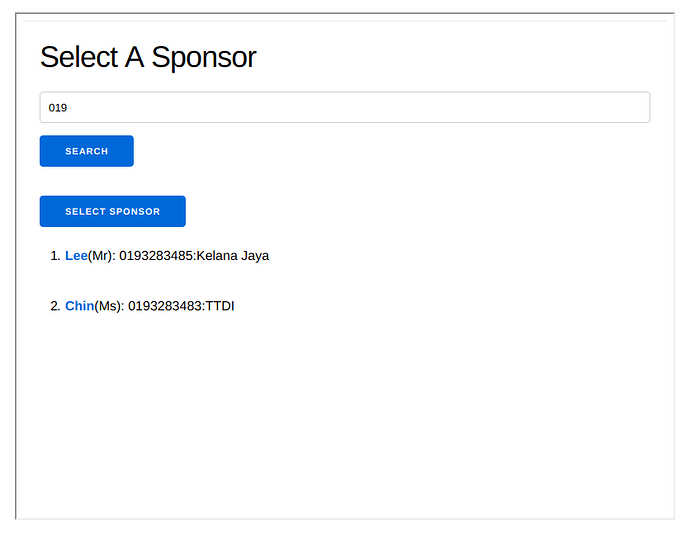 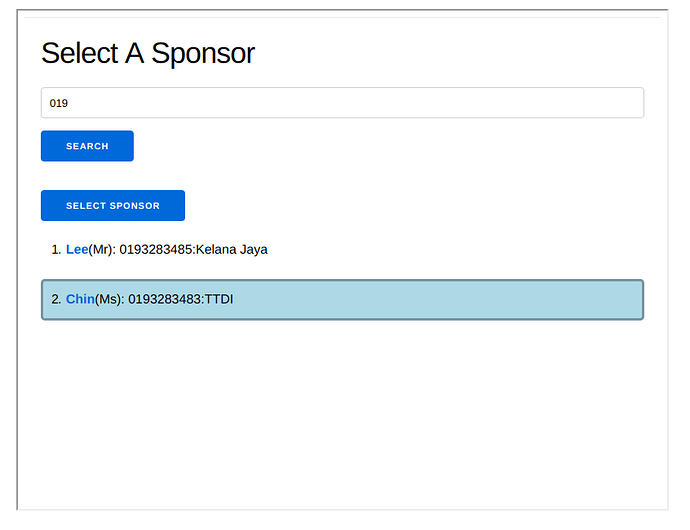 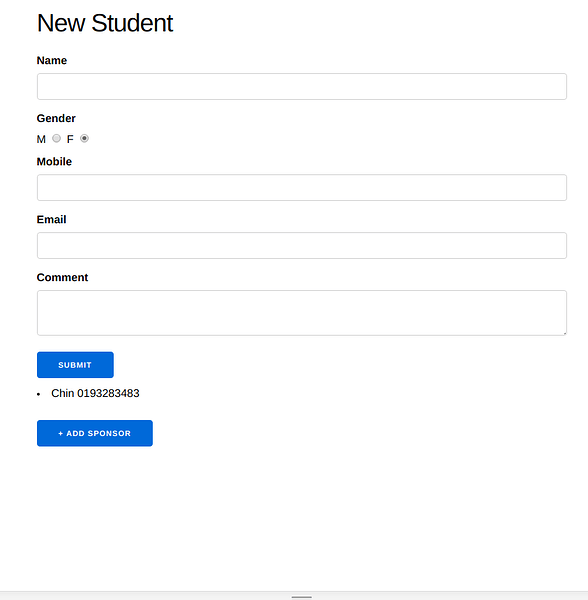 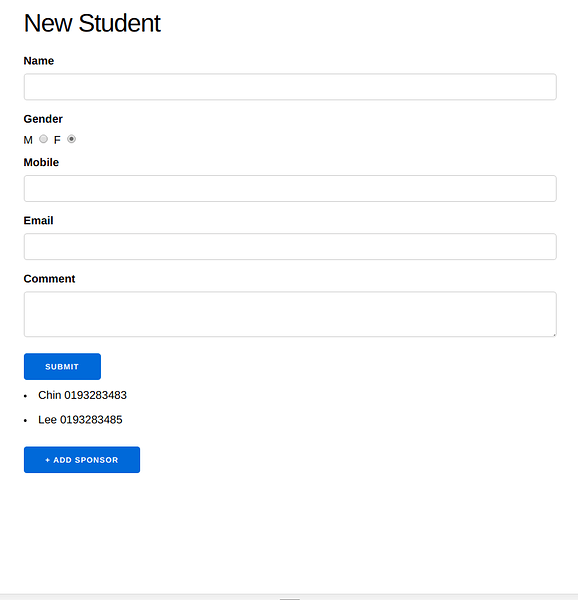 The current form that I have for New Student is:
File: new.html.eex

What is the best practice of achieving this use case i.e. the form design, db schema etc? I’m really at my wits end. I am fairly new with Elixir and more so with Phoenix/Ecto. Been reading the Programming Phoenix and Programming Ecto books as well but to no avail, or I’m just not seeing it. All the discussions/tips I’ve read deals mainly with the schema/db but hardly anything about the forms. Any suggestions please?

Note: I’ve avoided using a select HMTL tag in the New Student form as I’d like to provide the user the ability to search for particular sponsors, before the user can select and assign the sponsor to the student.