How have you been learning Elixir?

Rob Conery recently released a multimedia Elixir tutorial called Red 4. I’d like to work through that one also if I can find time:
http://www.redfour.io/

I watched a few of Rob’s Pluralsight screencasts (NodeJS Testing Strategies and Building a Realtime Web App with MeteorJS) and really like his material.

Let us know what youthink about the redfour tutorial @MichaelC

I have bought the LearnElixir.TV course and it is very good value for money - I’ve only watched a few vids so far but it looks great. The only criticism I have is that they are (he talks) a bit fast, and could do with being a little slower. But that could just be me, lol.

I’ve been working through the Trello clone.

Going to pick up the phoenix book soon.

I’m really hoping to start seeing some youtube video tutorials show up. Everything out there currently are just high level overviews. If Elixir/Phoenix wants wider adoption someone is going to need to hold us newbies by the hand.

If Elixir/Phoenix wants wider adoption someone is going to need to hold us newbies by the hand.

I don’t want to get anyone’s hopes up, but I started work on a community-centered screencasting outfit last year but due to personal reasons had to put it on the back burner.

It was going to be a free/cheap (as in if you want to subscribe, you can) model with any profits going towards tech projects (after paying staff/expenses etc). When I first mentioned it, Matz (creator or Ruby) retweeted it and we had huge interest.

Every framework under the sun has a plethora of tutorials and “let’s make a xyz clone” youtube videos. That is, with the exception of Phoenix/Elixir. I don’t understand why that is. The conferences on youtube seemed to be chock full of people.

I’ve seen that and considered it, however the guy talks like he’s on meth. I got the impression too that some of the material is dated. The free example video discussing the Dynamo web framework for example.

I haven’t actually seen any Sips myself yet, but whoever presents video is bound to get some that love and some that hate their voice.

I dread to think what you would think of my voice

My poor Yeti - hasn’t seen any action yet! 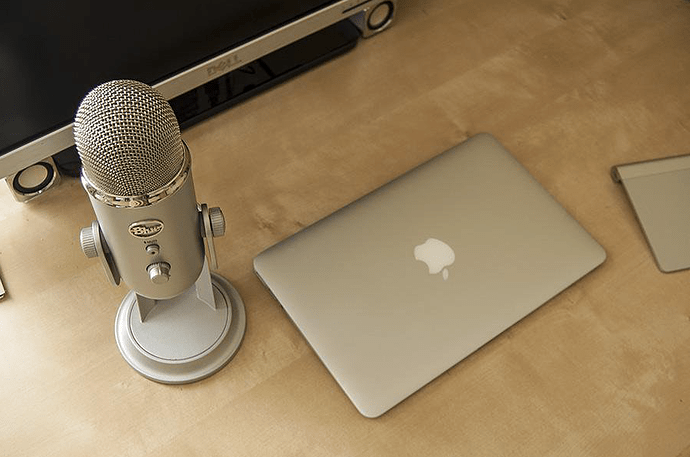 Hi there!
Well, I first subscribed to Learn Elixir TV to get an overview of the language. I’ve also read Programming Elixir and now I’m finishing Elixir in action as well. I prefer going into practical stuff as soon as possible so I’ve also subscribed to the Red:Four tutorial which is awesome.

I believe in learning by doing, so I built the Phoenix Trello tribute/clone and tutorials, which has been an awesome experience so far, now even more specially after seeing that many other people are using it to learn about Elixir/Phoenix. Thanks to everybody for the support by the way

Elixirsips is dated in the sense that it’s been going for a while and Elixir is only just gone 1.x but there are over 200 videos, so lots of content much of it specific to a particular thing we might be interested in. The latest stuff is up to date language wise.

LearnElixirTV is great for Elixir but doesn’t get into Phoenix at all.

For a first ‘general’ view and some ‘how does it feel’ i’ve used the getting started guide. Now working through Elixir School, have bought the elixir books from Manning (Elixir in Action by Saša Jurić and The Little Elixir & OTP Guidebook by Benjamin Tan Wei Hao). Also in the shelf is Programming Elixir 1.2 by Dave Thomas.
I am not that into video tutorials.

[quote=“bigardone, post:12, topic:63”]
I believe in learning by doing, so I built the Phoenix Trello tribute/clone and tutorials, which has been an awesome experience so far, now even more specially after seeing that many other people are using it to learn about Elixir/Phoenix. Thanks to everybody for the support by the way

Nice one Ricardo - you have plenty of fans here

You and me both Fergus

How many have you read so far and what order do you suggest others read them?

I’ve gone in this order, working through the exercises in each:

With a little learnyousomeerlang, elixirsips and Phoenix Trello, blog posts/articles sprinkled in of course. As someone new to FP and OTP, it’s a lot to digest, but so far, so good.

I tried reading a introductionary book, but put it aside after a couple of pages. Instead I started the Elixir-Track at exercism.io and learned much of Elixirs syntax and libraries while doing the exercises over there. I went the same route with Erlang, but didn’t even try to read a book before hand

I’m a big fan of learning by doing.
I started off with a small project, which was a command line app, but is now just a script that prints out random quotes every time I open iex.
Now working on larger security-related projects.

I completely agree with @riverrun

Currently, i am working on implementing HTTP2 on Elixir.

I am trying to learn Elixir without doing web programming. I am not a big fan of web frameworks and tend to avoid them, especially when I am just learning a new language or technology. So I am working through stuff without learning Phoenix and Ecto.

I have been doing the Exercism Elixir track. It’s good, but I am not sure if I will complete it. I am learning, but I am not that crazy about the use cases.

I am thinking of getting Red4 and I like what I see in Elixir in Action (anyone know why the Manning books are more expensive than the PragProg ones?).

I am feeling a little lost between the resources that are mostly syntax based and the ones (not enough of them) that are practical based. I prefer the latter.

My ultimate goal with Elixir is to write OTP Big Data apps (and/or encourage the community to do so) that rival those on the JVM like Hadoop, Spark, Cassandra, etc. Also, I think we should take aim at Golang and see if Elixir/Erlang + BEAM is suited to their sweet spot of network services apps.

A few chapters into Introducing Elixir book. For someone new to programming, I’m able to follow along quite nicely.

redfour tutorial. It is really fun and entertaining. It has videos, code examples and try guide you by hand through wonderful land of Elixir

A post was split to a new topic: Ruby / Elixir connection

I’ve seen that and considered it, however the guy talks like he’s on meth.

For the record: I’m not on meth! But I’m thick skinned too. For what it’s worth, I’m doing streaming of the same content at http://dailydrip.com and teaching Elm now too.