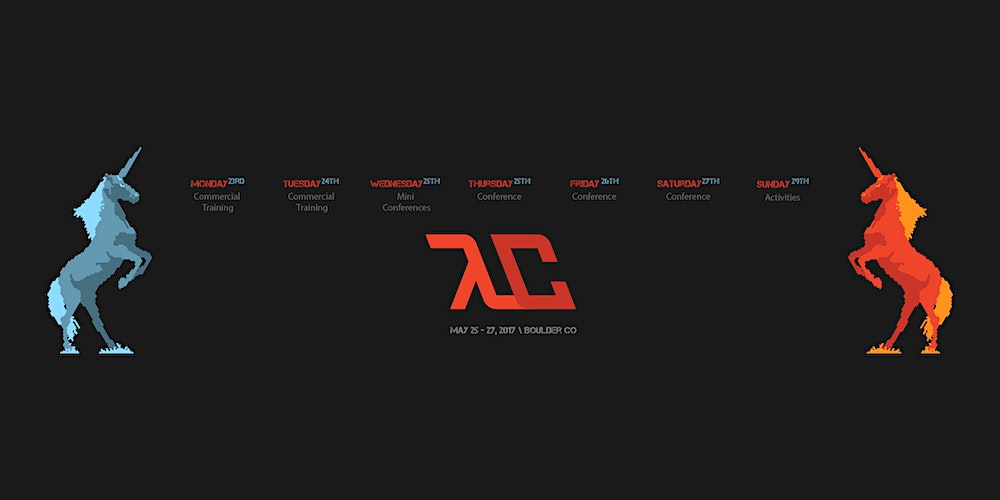 In the year 2017, on May 25-27, LambdaConf returns for its fourth edition, and we're setting the bar higher than ever. On Thursday, we're introducing LambdaConf Instructors, hand-picked speakers with expert teaching skills, who will spend the...

A complete list of sessions is online, including the following highlights:

This is more than 110 hours of content, with enough variety and difficulty level for everyone. Speakers are book authors, contributors to open source libraries, researchers, and practicing functional programmers.

The conference takes place in Boulder, Colorado, from May 25 - 27, at the University of Colorado Boulder in the foothills of the Rocky Mountains. Conference registration includes all sessions (including workshops), locally-catered breakfast and lunch on Thursday, Friday, and Saturday; a conference dinner on Friday night; a choice from a variety of networking activities on Sunday; free childcare and STEM workshops for children; all-gender restrooms and handicapped-accessible venues.

The conference is preceded by commercial training opportunities on Monday - Tuesday, including:

On Wednesday, several free mini-conferences are co-located with LambdaConf:

For more information on LambdaConf, the commercial training workshops, or the mini-conferences, please visit the website: