I’ve just open sourced my Livebook for performing simple performance/load testing - it’s configured for testing APIs by default, but is really easy to change to benchmark any Elixir function, including shelling out with System.cmd/3. So it should work for anything! GitHub - mcintyre94/livebook-performance-testing: An Elixir LiveBook for simple API performance/load testing 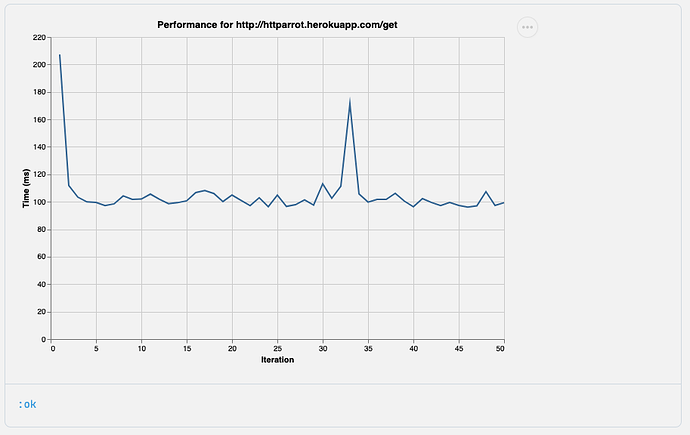 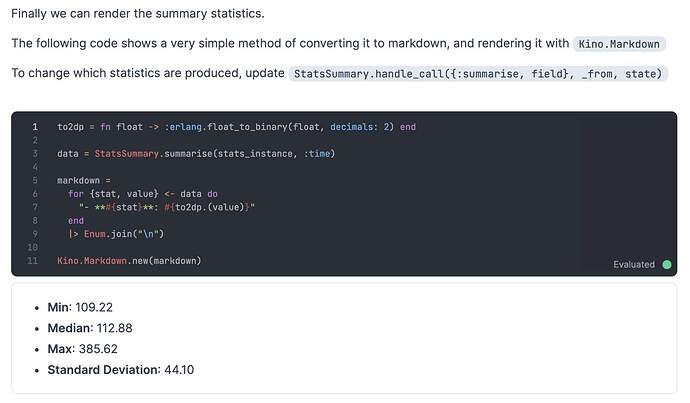 I recently saw José’s awesome demo of some Livebook v0.2 features and one of the features that really stood out to me was using VegaLite + Kino in Livebook to render graphs that update as new data is pushed to them. I figured I’d see if I could use it to replace a hacky workflow I have for performance testing - which is basically curl in a for loop + gnuplot + st all glued together inelegantly with bash.

I think it turned out pretty nicely!