This is a library that generates a livebook from a module’s docs. It turns the module, type and function docs into a livebook, turning any doctests and elixir snippets into elixir cells and setting the doc itself as markdown.

This is helpful for boostrapping livebooks and having interactive versions of the Hexdoccs. You can for example set up a pipeline on hex publish that generates the livebook as part of it.

I’ve experimented with generating a livebook for all the core Elixir modules, for example here is the livebook for the Collectable protocol. Here is a livebook from the Time module.

Here is a blog post introducing what you can do with it: 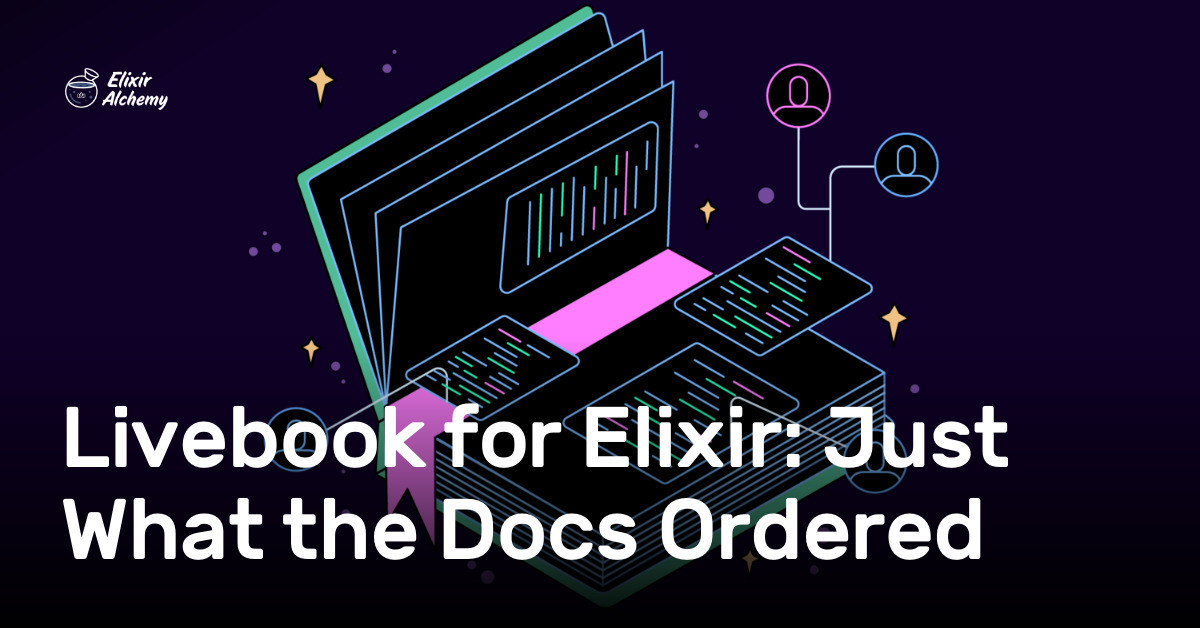 Livebook for Elixir: Just What the Docs Ordered | AppSignal Blog

Check out some top tips for using Livebook in Elixir and find out how to create interactive docs.

This is a very cool hack, but using it still involves a lot of friction. So, I wonder how hard it would be to move the hack into full scale production. For example:

This is a very cool hack but…

Some nice ideas. I think if we were to go that route it could be good to build it into hexdocs itself.
I did try to host for free all the core Elixir module docs on Fly.io but one problem I ran into is there is a bit of a limit on the size of livebook that you can reasonably run.

For example you can’t open or run a livebook created in this manner for the Enum module in Elixir - it’s simply too large.

There isn’t really a workaround for this yet either - each Elixir cell is an instance of the monaco editor so if you have a lot of them the page gets very heavy. See this issue for more.

Someone clueful will no doubt solve the loading latency and resource usage issues. However, to me the more interesting question is: “How should a communal project Livebook for Elixir developers be structured and implemented?”

Since I’ve come up with a bit of a wishlist, here is a speculative description of what this resource might look like. Comments and suggestions welcome… (ducking

Like @Adzz, I really like the notion of having Hexdocs-based Livebooks (and assorted other resources) made available as a “starting point” for my Livebook project notebooks. Here’s a possible use case:

Starting a new project, I instantiate a new project notebook, based on a specified Git branch. This branch might be a group or individual effort; either way it represents someone’s idea of a useful collection.

The notebook would typically have sections containing example code, library documentation, tools, etc. Some of these would be turned on by default; others would be included and described, but commented out.

Most of these items would be well known and popular, but others’ inclusion might be based on personal preferences. In any case, collectively they would make a well-tuned starting point for projects of a particular nature.

Of course, this is merely the starting point; some of the gnarlier problems deal with how to handle continuing divergence of local notebooks from current practice, etc. I submit that these sorts of issues are already dealt with in various ways (eg, diffs and patch files). That said, I’ll be as interested as anyone to see what might be done in practice.

Using LiveBook as a dashboard, etc