Tests randomly failing when run in a VM

Can you show the errors with which the tests fail?

Sure, here are a few:

Almost all tests fail due to this DBConnection.OwnershipError.

In this last error however it looks like the test is started before the process created by the previous test died, which usually doesn’t happen since they are run synchronously. Here’s the relative code:

Thanks sneako for your reply.

I didn’t say but that’s a phoenix app, and those failing tests use Ecto’s sandbox in shared mode, by using the DataCase behaviour (that comes out the box with a phoenix app):

Plus the code is the exact same between configurations…

We experience the same issue but in our case this also happens outside a VM when the machine running the tests is fast enough.
In our case this happens when a worker process is using the database connection but even when waiting in the test for the worker to finish, the ** (DBConnection.OwnershipError) cannot find ownership process error arises.

At the moment I am preparing a minimal test case to reproduce the error. I will post it here when it’s finished.

As you can see the test randomly fails with:

Notice that the test runs with #PID<0.436.0> as seen in the last line.
And a little bit before we can see the ownership changes. So the test process loses its proxy before the worker gets it:

And that’s even before the test ends.

I believe the issue is that you are cleaning up the workers inside on_exit but then you have a race between executing the on_exit callback and the worker trying to use the connection to perform a database query. You need to make sure to terminate it inline, after the test.

@josevalim thanks for your response!
At first I also thought it is a race condition. But then I added the notification system (via PhoenixPubSub) which notifies the subscribers here after performing the insert. As this is the only database operation of that specific worker it should not use the connection afterwards.
And because the tests wait for the worker to insert the data here the cleanup should happen after the workers did finish their job.
To verify this I removed the cleanup. As you can see here the error persists: https://semaphoreci.com/semlabs/ecto_sandbox/branches/master/builds/26

To verify this I removed the cleanup. As you can see here the error persists: https://semaphoreci.com/semlabs/ecto_sandbox/branches/master/builds/26

You need to keep the clean-up. You have to invoke it at the end of each test though:

I added the cleanup after each test and also added an output to check if the test reaches the end: 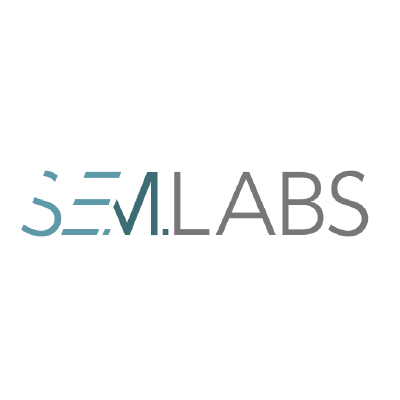 Contribute to semlabs/ecto_sandbox development by creating an account on GitHub.

Unfortunately it does not circumvent the problem: https://semaphoreci.com/semlabs/ecto_sandbox/branches/master/builds/28
Interestingly the output finished test 1 is missing when test 1 is failing. So the test doesn’t even finish correctly?
And as before the test (#PID<0.435.0>) loses its connection even before the worker process can handle the call:

I added the cleanup after each test and also added an output to check if the test reaches the end:

You need to call DynamicSupervisor terminate_child and not the Supervisor one. Maybe we should make those calls send different messages to make sure they don’t work by accident.

Contribute to semlabs/ecto_sandbox development by creating an account on GitHub.

It is not clear how to solve this issue then and I cannot reproduce it locally.

@josevalim thanks for sticking to this issue!
I cannot reproduce this issue locally myself. It seems there is some timing issue which only appears when the machine is very fast. We experienced this running mix test directly but also when running it in a docker container (both on semaphore).
I tried to dig into db_connection and its ownership part and I noticed that the owning process (the test) loses its connection because of shutdown (here: https://github.com/elixir-ecto/db_connection/blob/master/lib/db_connection/ownership/manager.ex#L159), but as I mentioned earlier this is before the test is getting to the end and before the GenServer uses it.

PS: If you think it is beneficial I can add you to the Semaphore project. There is the possibility to ssh to the machine and investigate.

@josevalim can we provide other information to help resolve this issue?

@mbaeuerle without a mechanism to reproduce the issue there isn’t much I can do. Unfortunately I do not have enough time to ssh into the machine and reproduce it. A minimal test case would be ideal. I am sorry.

@mbaeuerle how reproducible is this error on CI for you? I think I just ran into it, but I’ve retried the build 10 more times without issue so I’m not sure how to replicate the issue.

@axelson that heavily depends. Sometimes there are several fails in a row and then I have to run it 10 or 20 times to get the error. So it sounds likely you are running into this issue.
In the minimal test case I set up the CI to repeat until it hits the error, in the last case this was on the third try: https://semaphoreci.com/semlabs/ecto_sandbox/branches/master/builds/26

Just hit this twice in a row on CI. Very frustrating. We’re seeing an error maybe 1/20 times, seems to happen the most in our Phoenix channel tests.

One thing you can try is to run those particular tests as:

And see if it reproduces the issue more frequently. Basically, we need a mechanism to reproduce the issue consistently so we can investigate the root cause and work on a fix.

Thanks for the recommendation! I will try it out and report back.

No luck with this locally, although I still have to try it on CI.