Using an user resource as example, the URL for creating a new user is /users/new.

If I submit the form with empty fields, the page is rendered again showing the errors, however the URL is now /users instead of /users/new

Is this by design? 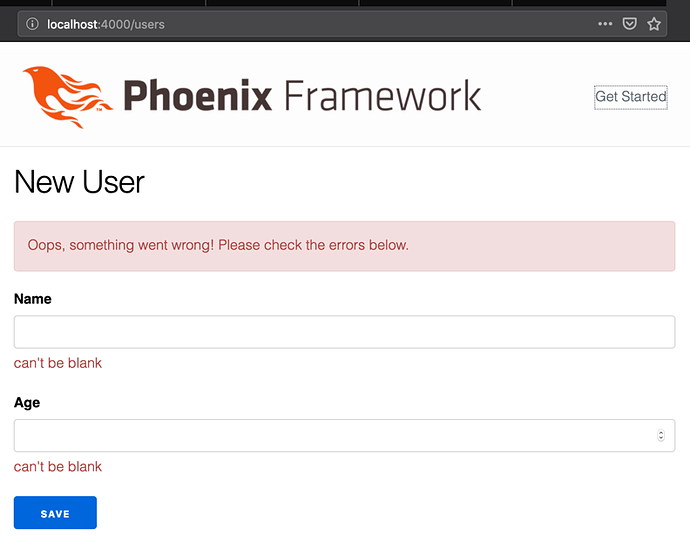 TL;DR: This has nothing to do with Phoenix, skip the explanation below if you understand how Phoenix works and just read: https://developer.mozilla.org/en-US/docs/Learn/HTML/Forms/Sending_and_retrieving_form_data

First let’s look at your generated routes with phx.routes:

As you can see, /users/new only accepts a GET request (the form that an user will fill with data). Ok, now look at your new.html.eex file:

The code above defines the route where the form will send the request (:create), if you look at your routes again, you’ll notice that the :create action corresponds to a POST request to the /users route. That explains why the application points to the /users route when you submit the form.

To understand how action works, read this article, specifically read about the POST method: https://developer.mozilla.org/en-US/docs/Learn/HTML/Forms/Sending_and_retrieving_form_data

Than you for your response. I was confused because I saw the form in the browser and expected to see a matching URL.

Just to drive home the point, you are rendering the page from the create action, not redirecting or sending a new request. It’s still the same post request that tried to create the resource.