Your Elixtory - how did you get into Elixir?

I heard of Elixir a while back, looked at it and watched some videos about it and functional programming but got scared!

Then Ryan tweeted this: 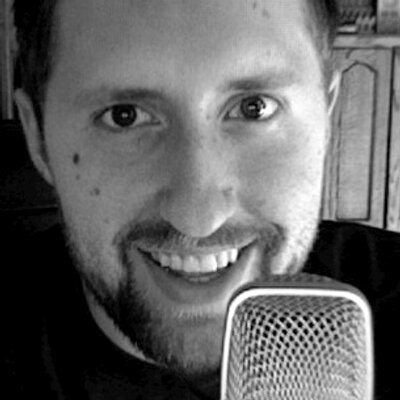 And I started a thread about it on MetaRuby and just got more and more excited about it! I noticed that Ryan’s tweet marked a significant on boarding of others too. So thank you Ryan!

What about you? How did you hear about it? Did you get into it straight away? Or did something (or someone!) give you a little nudge!

Over time I noticed that several smart people were endorsing Phoenix, so it’s been more gradual for me.

Nice to see Elixir and Phoenix getting love in so many different communities.

Reading the ‘Which other languages thread’ is quite interesting too - which certainly seems to reflect that Elixir is proving attractive to a wide variety of devs from all sorts of languages.

Reading on MetaRuby, i am more for OOP but following links and discussions there i got interested. I still have to found the time to start with it though

You’re in the right place @fabiomux

That is where I heard about Elixir/Phoenix too. Meteor seems like a great solution for building apps quickly and easily, but the scalability concerns me. I think it is a great toolkit for building apps for small businesses, and I think Phoenix is better suited for apps oriented to large business or the masses.

Over time I noticed that several smart people were endorsing Phoenix, so it’s been more gradual for me.

The first month or two I was in love with Meteor. Then with horror I realised that scaling a meteor app involved removing just about everything that made meteor meteor.

Eager to learn functional programming. Have looked around, being a long time python coder i really don’t like the overwhelming use of brackets and curlies, semicolon line endings and that. (sorry for the rant ;-)) Elixir pleased my eyes from the first moment - so the decision was made: learn elixir as ‘my’ functional programming language. Aside of that - the Erlang/OTP background is also very interesting.

Ditto. I was interested in pursuing MeteorJS for a short while, but wound up being introduced to Phoenix via the Meteor forums.

I had been hearing about functional programming for a while, but it wasn’t until I started reading about Elixir and Phoenix (from the Meteor forums) that I started becoming really interested. In the beginning I felt like I had to unlearn a lot, but once I got over that hurdle it’s been really cool!

It took me a while to “get it”, (and I’m still such a noob), but it just seems to make so much sense.

I haven’t been this excited about a language/platform in quite some time.

I’ve been following Jose Valim on twitter. (i’m a rails programmer as well)

I tried elixir several months ago (just being curious), it turns out great

Someone posted a link to a blog that mentioned new programming languages.
This was posted on Facebook ruby on rails group. I realized its time to upgrade and this is how i started…

I don’t remember exactly when and where it was, but I did read about phoenix on some Mailinglist (might have been rails-talk) when its version was in the range of 0.10 to 0.12.

Some experiments with it made me think, that I can’t use it correctly without knowing Elixir. So I dug deeper int it. I wanted to use it then for a programming contest at my university about a year ago, but I wasn’t able to, because our SysOp refused to install it. That was about the time when I moved “back” to Erlang which I do use more than Elixir currently, but I do have a strong interest in continuing Elixir and to establish it at my university.

I was introduced to Scala a number of years ago and have been working on my FP skills in my spare time. I discovered Erlang a few years ago, but never got ‘into’ it. Not long ago, I stumbled across Elixir and am smitten. We currently use Java and PHP (among other things) at work – now I just need to convince the rest of my team!

I read a discussion about it on the Meteor forums, decided to give it a try and here I am

I have created a site on Wordpress, then rewrote it on Ruby on Rails (thanks for CodeSchool courses).
Liked Ruby very much. Became read a lot about Ruby and RoR and started to understand that there are architecture problems with Ruby and RoR and it is not good enough to invest my time to go deeper with it.

I was finding something that have future. Than I have read about Phoenix, Elixir, Erlang and watch some videos, bought books, rewrote my site on Phoenix and I see that it is great and worth studying.

I went to the Three and a Half Ways Elixir Changed Me (and Other Hyperbole) at NDC London in January. Before that it kept popping up in my Twitter stream, so I thought it would be worth taking a closer look.

Is there a video of that talk up anywhere @trydis?

They haven’t uploaded it yet, but it should pop up here when it’s ready: https://vimeo.com/ndcconferences