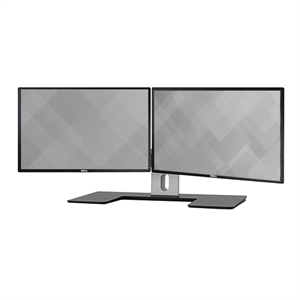 Hmm, 24", 1920x1280 (woot), IPS (an absolute must! well maybe TFT has gotten better but IPS has not blurred out for me in the past), 300 cd/m2, Comes with PowerNap Software which ensure Efficient Energy Consumption well that would no doubt be useless on linux knowing Dell, 178° is good, hmm, it does not seem to rotate though, and interestingly it does not say what ports it supports (wtf?). It comes with DVI and VGA cables, no mention of DisplayPort or HDMI, no mention of a built in USB hub (there are still monitors that don’t have built in hubs?), hmm. Not a bad deal though it seems.

I am all for IPS and 4K and 5K monitors and all the nice goodness, but if I was a student or just starting out seams like a nice deal monitors are basically free you just are paying for the stand

Throw in a used e5-2670 based workstation and it will be a very sweet starter setup for under 500.

Heh, sadly I cannot use it due to no mention of DisplayPort, those are the only plugs I have out of my computer. ^.^

But I’ve already passed out the link to a few others I think may like it.

Wanna start one @andre1sk? Maybe sommin like the following in general programming chat:

Title: What monitor set-up have you got?

did anyone manage to buy it? dell said it was a mistake.

did anyone manage to buy it? dell said it was a mistake.

I’m curious if anyone managed to get it too.