I would like to better understand what the advantages/disadvantages of umbrella applications are compared to structuring your app as as single OTP application.

This isn’t specific to Phoenix but let’s use Phoenix as an example. Why would I create a separate Phoenix app in an umbrella over the regular structure where the domain logic is just organized separately from the web logic (the Phoenix part). Elixir/OTP has supervision trees which even keep these isolated from the rest of the application in terms of what gets run.

I’m not necessarily any kind of authority here, but one point of reference here is Saša Jurić’s “boundary” library… 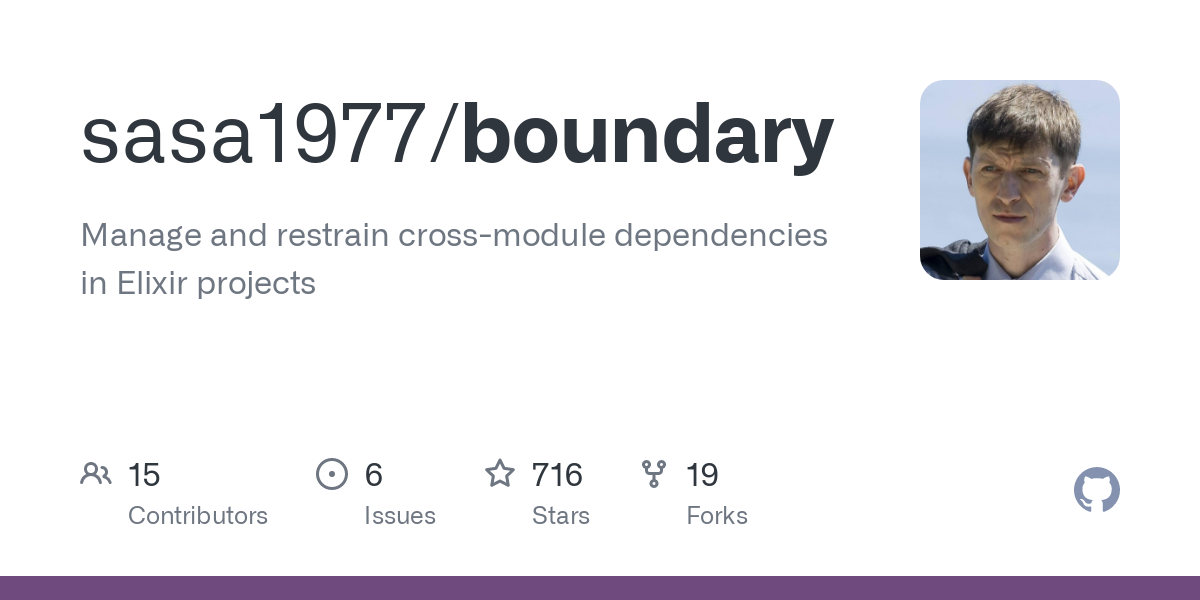 Umbrella apps can be a slightly more built in way of enforcing boundaries, and/or for composing your applications from components that you might wish to extract/reuse as libraries or open source projects in the future. That said, you do need to be careful about the boundaries you create in them, and when developing locally it often won’t stop you from violating those boundaries until you run on CI or build a release, at which point boundary violations will surface, somewhat the opposite of the boundary library which will always tell you at compile time (at the cost of some additional explicit declarations). I think when in doubt, having a single application is probably a good bias, as if you aren’t certain about some boundaries, getting them wrong can be a little messy to untangle/reorganize later, but if you already have an umbrella app structure, adding (or moving) one application around within it is pretty easy. There are some downsides for sure though, like how testing works in umbrella apps, and possibly managing dependencies since there’s still a single global mix.lock but possibly duplicated dependencies in different umbrella apps.

To be honest, I read your description and I don’t see why an umbrella app would be a good thing. Except adding a lot of additional song and dance with boundaries, and how testing and dependencies work

I mean, I guess that’s why I said all else being equal, defaulting to a single application is probably for the best? But I guess one man’s song and dance is another man’s architecture and safeguards/seperation of concerns?

This is really close to the question which recently was discussed here:

I like Umbrella projects and pretty much always use them for personal Elixir stuff, especially Nerves things. But I don’t think this is a popular choice. I’ve never really understood why they are disliked. The two arguments I’ve read against them don’t check out for me: you can’t control the order of config loading (yes you can) and they are for deploying things separately (no they’re not). Admittedly I have never worked on a huge Umbrella project; The massive monoliths I’ve worked on have all…

An umbrella project (not “umbrella application”) can offer multiple releases. If you don’t need that, then they don’t offer much that can’t be achieved in other ways.

To elaborate, each umbrella application gets built into an individual release, which is deployed separately. This is useful, for example, if you have a web app umbrella app and a background job umbrella app. They can use the same configuration, dependencies, common code, and build process in the same repo, but then their releases can be deployed and scaled separately according to their unique resource consumption needs.

Actually, revisiting my past umbrella apps, I remembered another usecase I reach for often:

This kind of correlates to the 3 reasons I use umbrellas, with the second being the one I just remembered:

If you are using umbrella apps because you need more than one of the below, you can create no-runtime dependencies as umbrella apps to get code-sharing.

Are there any advantages of the quoted approach (of code-sharing) vs., say, bringing in the shared code via git submodules? The downside I see is that the shared-part is forced to use the same version of its deps, say :jason, as its clients. (I’d have to dig in again, but as I remember, an umbrella app is merely a wrapper over few symbolically-linked files.)

For example, I often have a configuration umbrella app that brings together all my runtime env var, file, and external systems settings into an ETS table. Other umbrella applications go through this centralized place to get runtime configuration. The key advantage of this is that if a required setting is missing, or malformed and unparsable into the expected data structure, the application fails to boot—and any of my umbrella apps trying to use it never get around to booting themselves.

Couldn’t the same be achieved with the “configuration umbrella app” being placed left-most in the supervision subtree?

We did an episode on ElixirMix a while ago on exactly this topic.