Lets focus on processes and tools over Individuals and interactions a bit, that might lead to more agility.

I am working 20 yrs now on large administrative applications. Mostly not with a browser based frontend, but with a windows gui. I always used a wysiwyg designer to maintain forms. There is a market to win with such form designers for dev environments in the area of large administrative apps with lots (hundreds, sometimes maybe thousands) of screens with a uniform look & feel.
Preferably forms have no dependencies on a backend language (when you change the backend you can reuse the frontend). A wysiweg form designer can bring more agility than editing text (exs and ex) files I think. You can have nested form structures (a grid / colums with input elements parented f.e.). In a wysiweg editor you (and others that have no elixir / html / js etc knowledge; individuals and their interactions!

) have better oversight I find, and it’s easier to maintain elements. You can have property maintenance dialogs for html elements where you can f.e. tick a checkbox for “mandatory” and have the validation client- and serverside. The editor I use maintains a json. The contents can be interpreted / manipulated serverside. For example labels could be changed runtime dependent on the current language. You can even add f.e. javascript validations, and these can be executed serverside also. These validations can be maintained in property dialog boxes, but could be extracted from the json to a “normal” js editor also.
Not all links I sent before, https://camunda.com/case-studies/zalando/ and https://www.quora.com/Why-do-some-developers-at-strong-companies-like-Google-consider-Agile-development-to-be-nonsense/answer/Michael-O-Church I sent for the first time as far as I know.

Do we need agile software development?

There is a market to win with such form designers for dev environments in the area of large administrative apps with lots (hundreds, sometimes maybe thousands) of screens with a uniform look & feel.

Interesting. But see, the problem with this is one must hear about it from somebody like you who’s neck-deep in those. Just idly standing around and thinking, I’d probably still guess that but it would take me a few years…

It’s quite sad that the demand (and business deals) for internal business-enabling and cost-saving apps is extremely poorly communicated and is mostly decided in saunas and restaurants.

There are a lot of solo devs that can help a lot but are never given a chance. 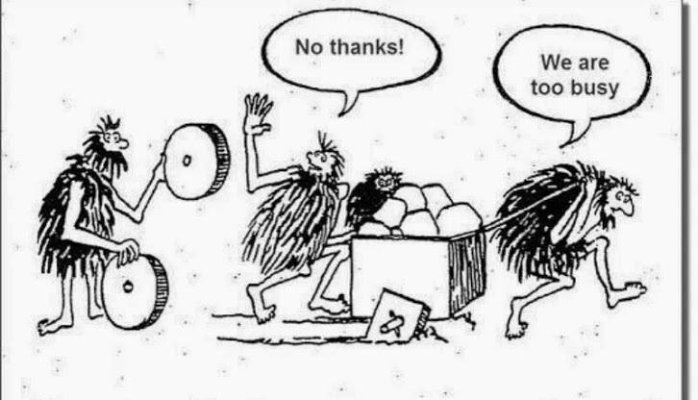 Unquestionably and absolutely. Hence I am investing a lot of energy in mastering Elixir and learn a few more much better languages in the hopes I’ll stop doing what’s shown in the picture.

Heard from a collegue that he used webforms as wysiwyg form editor before. https://docs.microsoft.com/en-us/aspnet/web-forms/what-is-web-forms. He said the frontend was coupled to C# though.

I guess you know that there is QML and the Qt Quick Designer tool to achieve this on the desktop?

In order to use it with Elixir, you can use Elixirscript and optionally Qt Quick Compiler.

Thanks Shalok. I’ll take a look a what you suggest later (I did not know of QML and the Qt Quick Designer tool). At the moment I’m not working on this project (allas also not with elixir, but that might change soon).

Do you see any chance to use these Web Forms on Linux?

How do you mean? I have not looked into QML and the Qt Quick Designer tool yet, so I cannot say anything about them. In the designer I use (which is not a complete thing btw, I posted https://codepen.io/travist/full/xVyMjo before to give an idea - arghh!, built with awfull angular but they have versions with plain js and / or react now if I am correct) the ui is rendered in a browser design- and runtime. So also on linux of course. In any case I would not use some kind of a desktop windows gui to design webforms and render that ui definition in a browser.

This one is rigid on VS?

Ah, ok, I don’t know web forms either (just sent that link after a collegue named it). Well, it was a bad idea then, not only because of mandatory windows os.

You can use Visual Studio on macOS also
QML is also supported by qmlweb and pureqml/qmlcore in the web.

Webforms is deprecated I read, I only named it as some existing wysiwyg thing to create formdefinitions. For the rest it does not interest me, I already named as first reason the mix of html etc with C# my collegue named.
Do you have good informative links for qml / qt designer dummies? Have you worked with it?

Qt Quick is the platform on which QML runs on.
http://doc.qt.io/qt-5/qtdesigner-manual.html

Qt Widgets is the old toolkit, you like to avoid that.
Be aware to not confuse the both, since their editors look similar:
http://doc.qt.io/qtcreator/creator-using-qt-designer.html

So, Qt Quick Designer and Qt Designer.
Yes, the naming can be a little bit distracting

Then you get a QML file. You simply import your Javascript data which you can get from Fable, Bucklescript, Elixirscript and so on, in your QML code and then can you compile that whole stuff in native code via the Qt Quick Compiler: http://doc.qt.io/QtQuickCompiler/

This means, you can use these source to source compilers in combination with the Qt Quick Compiler in order to generate native machine code via C++ on all platforms. ^-^

All including GPU acceleration, native looking Qt Quick Controls and so on

You can always ask me and @OvermindDL1 is probably also willing to help.

Its also possible to use C++, Go and any other of the native bindings.

Thanks. I will keep this in mind for other projects than my bpms. I see that I cannot design and run qml in a browser (like creating and rendering the json in the formbuilder I talked about - which is currently the least mature ui component I am using, I cannot find something better).

You can do it with qmlweb, while this one stagnates currently a bit since its main developer has/had a burnout.

Qmlcore is similar, while it goes a bit different ways syntax wise, so you might feel enforced to change the code a bit?

Qt Quick WebGL is one other way, while this one requires that the user hosts the app, since multiple streams from one host are not supported

Great! Thank you. Whenever I have time again I’ll see how it works / eventually replace the ui designer part of my bpms.

I am curious to read your feedback Stefan

As I have to make some money as contractor I can only work on the bpms when I have no work. But that might be the case soon. I looked at https://github.com/qmlweb/qmlweb and googled a bit, but nowhere a wysiwyg designer where you can drag and drop ui elements on a form (in the browser) can be found. There are some presentations about qt quick designer where you can see such a thing, but it is not a webbrowser. Does it exist with qmlweb?

Well, qmlweb take the same qml files as your application, so you simply use that ones which the qt quick designer spends you