Ruby has Sinatra for simple web apps. In the Elixir world, there have been a few approaches to emulate Sinatra, using Cowboy, Plug.Router, or custom frameworks.

With Phoenix 1.7 I had a look at Bandit a new web server. With Bandit and Plug it’s easy to build a simple Sinatra-like server. Here’s an example written as an Elixir script:

Has anyone else experimented with Bandit & Plug.Router? What is your experience pro/con?

I love Sinatra in Ruby. My primary use case is to stand up fake servers for third party APIs instead of using things like VCR. I do the same in Elixir, but I just use Plug.Router and add plug(:match) in with cowboy as the implementation, and I get 90% of what Sinatra gives with the DSL path matching and all that. The rest is just plugs for auth, etc.

I haven’t checked out bandit too much yet.

I can say that it’s a huge pro for small things that don’t need a lot of orchestration and benefit from having the code in one place. I think I’d drop the straight Plug.Router for Phoenix if I knew my use case would grow over time to need its features and benefits.

Most often I’d argue what the reason is to not go for phoenix.

It has some useful additions on top of pure plug (e.g. conveniences like :put_secure_browser_headers or simpler CSRF handling) + websockets/channels. If you strip down phoenix it’s hardly less code than a plug based approach:

Adding LV in the mix makes it 84 loc, most of the additional lines being the LV itself.

So unless the “single module approach” is really the selling point – like e.g. the mentioned usecase of testservers – I’d always go straight for phoenix, because things are likely to grow to a point where it makes sense. You can still use Plug.Router as your router instead of a phoenix one.

I think of Bandit more as an alternative to Cowboy, not an alternative to Phoenix. Indeed with Phoenix 1.7 you can run Phoenix apps on either Cowboy or Bandit. The rest of it is just the boilerplate to get a plug-based app up and running on the HTTP server of choice.

@kip is right on the money - Bandit is a an alternative to Cowboy (hence the lousy naming pun). The analog to Sinatra in the Elixir community would be Plug.Router, which is actually a really great little bit of tooling.

Plug.Router is just a Plug, so you can run it on top of any Plug-supporting webserver (Cowboy or Bandit, basically).

I talk about this in the ElixirConf talk where I introduced Bandit: 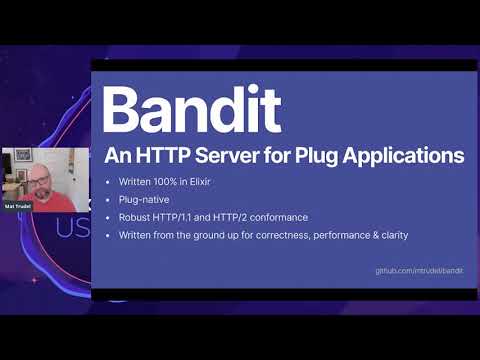 It works flawlessly with Phoenix 1.7!! 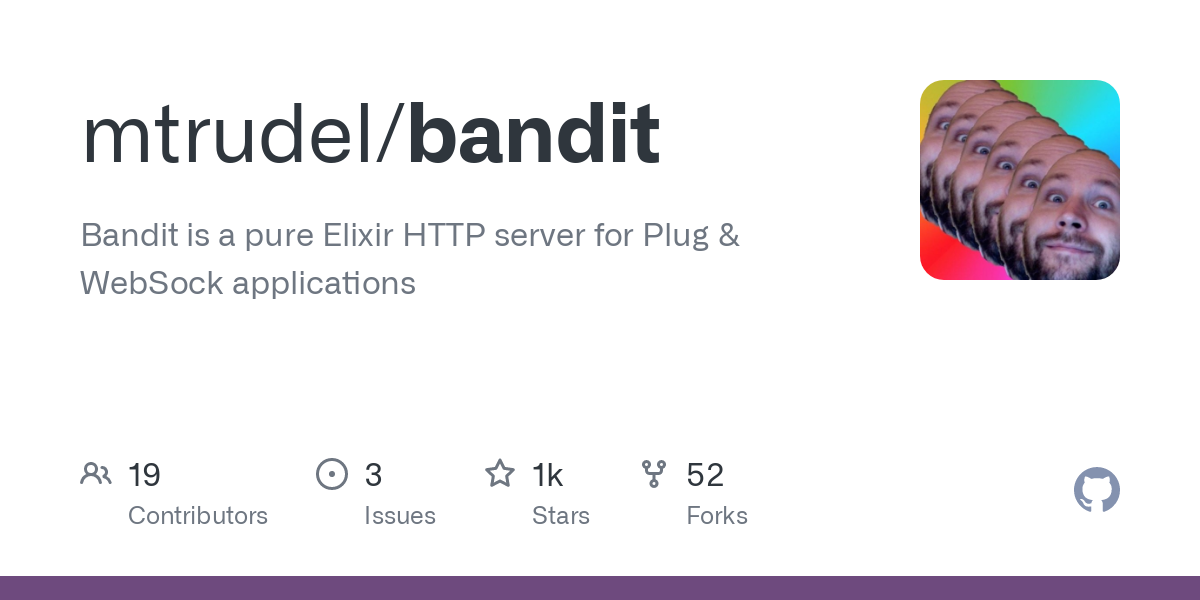