So far I have been learning, and understanding Elixir through building projects and small examples. I have seemed to notice a pattern. Elixir really shines when you build apps that work in real-time, snap of a finger right there and then. So a weather app in Elixir would be redundant, as it takes time to update, vs something like a stock market, or Twitter app, that is constantly updating.

What is something a little bit more challenging than building Twitter, and blog posts apps?

Elixir really shines when you build apps that work in real-time, snap of a finger right there and then

Not only, but especially for those cases! The tooling is just so good to work with that it makes approach challenges almost trivial. It’s really a language that potentializes your strenghts IMHO.

I don’t know if I follow, could you be a little more specific? What kinds of external APIs are you talking about? What do you consider “more challenging” in that regard!?

Thanks for responding, I was looking into replicating a bus time app using my local bus API (I am in NYC).

Something I consider more challenging would be the use of PETAL stack for an application. Perhaps a well-detailed tutorial or a small guide.

Your next step might be to understand OTP, and what a process is.

There are good books, documentation, and videos about it.

It will reveal some secret about why realtime is “easy” in the BEAM.

It’s not a project, but it takes time to understand gen_server, supervisor…

It’s not really different than for other languages. You need http client, and write some wrapper for the API.

It could be easier to write because of pattern matching, but You will need to do it yourself, most of the time.

It is not everyone’s choice, but I generally use Tesla to integrate projects with APIs, and it is so simple I do not bother to open source this code, I gather that is the case for most people. The Tesla README contains an example for integrating with Github

Oh this is real swell, so you use Tesla to pull data from an external API and then do your simple get request.

Does Elixir not have anything of that sort built in?

As part of the standard library? Not that I am aware of, but Erlang does have the :httpc module (and maybe others) that you can use for this purpose in an Elixir app. Maybe those really familiar with Erlang do this commonly, but for myself I just add Tesla to mix and go. Most decent API integrations take a few minutes to wire up.

My last job made very heavy use of 3rd party API calls. I wrote up a conceptual pattern I called “quest” but it’s not a beginner’s tutorial, and it never made sense to me to turn it into a library because the value is in customizing the pattern to your own needs.

As part of the standard library? Not that I am aware of, but Erlang does have the :httpc module (and maybe others) that you can use for this purpose in an Elixir app.

I may be wrong, but under the hood every library ends-up using :httpc, directly or indirectly.

Last time I check :httpc is still insecure by default, it doesn’t check for valid TLS certificates when connecting through HTTPS, unless you configure it to do so.

So, the author of each HTTP library needs to take a great deal of care to provide safe defaults for when :httpc is being used or when is being configured, because configuration is not merged, when you update some config you need to pass the whole thing, not just the bit to be updated.

It is not everyone’s choice, but I generally use Tesla to integrate projects with APIs,

Tesla is one of that libs that is not secure by default:

# The Motivation Since my earlier days as developer I always have been astoni…shed with the mindset of our industry of being insecure by default, where normally security is opt-in, instead of opt-out, and this mindset is one of the main culprits for so many data-breaches that occur every week/month/year. So the current mindset is to release software with all the doors and windows of your home open, while your are away, and then hope that the developers using it will learn how to properly close all that doors and windows, and then also hope that when they learn how to properly do it, that they don't forget one open. Just to put things in perspective, try to use [shodan.io](https://www.shodan.io/search?query=mongodb) to see how software ends up in production without being properly secured, due to the current mindset of our industry of preferring convenience over security. This all started in [this tweet](https://twitter.com/Exadra37/status/1118874708064256001) and I was asked in [this other tweet](https://twitter.com/iteamon/status/1119254174326300673) to open this issue. # The Context So this have been brought up before by @lau in the issue #235 and by @rawkode in issue #138. By @lau > The default adapter is httpc, which does not check certificates when using HTTPS. This seems like an unsafe default. Many people will probably use the default and use it to communicate with APIs. Perhaps with sensitive data. I cannot agree more with this, but the issue on the time was solved with only a note in the README. Alerts, notes in the README or any other docs will be missed, ignored or forgotten, by beginners, juniors and senior developers, because human beings tend to prefer convenience above anything else., but convenience should not be put in front of Security. # The Proposal @teamon says on [this comment](https://github.com/teamon/tesla/issues/138#issuecomment-350702593): > The point of Tesla is not to get rid of hackney, nor any other http adapter. The point is to let the end use choose the adapter that suits best or write a custom one if needed. So in the README we have: > Configure default adapter in config/config.exs (optional). But instead we should have: > Configure default adapter in config/config.exs (**REQUIRED**). And we could then have a list of possible secure by default adapters. This change would leave Tesla agnostic of an adapter as per the goal of @teamon, but would not leave Tesla insecure by default... The developer would be required to explicitly opt-in for the adapter to use. So this means that if the Tesla was to be used without configuring the adapter, an exception should be raised with a very clear message. Once this is a breaking change a major version would be needed. > **PS:** I appeal to all developers to always embrace **Secure By Default** aproach when building software.

Yes I will read up on OTP.

Thanks for the heads up. Curious that the author has not responded to your issue. Although I would imagine removing a default once it is released poses serious breakage.

On the other hand, if it is true that "under the hood every library ends-up using :httpc", maybe the argument could be made that the bigger problem for the ecosystem as a whole is there? I assume there must be some nuances to this question because, regardless of who you think is responsible for security (languages, library authors, end users) if there was an easy answer, someone would have solved it. Instead everyone seems to prefer to pay security consultants a lot of money to clean up the mess

For better or worse, I think convenience (one of those rare virtues closely connected with developer happiness and business interests) will continue to be a driving force in software. So whatever the solution is, it probably needs to be convenient.

Finally while I agree this is an important issue, it’s arguably moving off the topic of this thread. Now I’m off to make sure I’m using hackney as my adapter in my API clients

For some context why I am so picky about security: I work as a Developer Advocate for Mobile API Security

Although I would imagine removing a default once it is released poses serious breakage.

If the default is very insecure and poses a real security risk, then for me it’s a simple decision, it needs to be fixed and a new breaking version released.

I would even go far, and do a minor path version release so that everyone gets the fix. Yes, it will break, but if devs have proper testing it should be caught before going to production. If it breaks only in production they learn the lesson that they need to properly test their releases, plus you don’t want to be calling HTTPS without the TLS certificate being check to be valid.

At the end of the day what matters for the most part of devs is that it works until it doesn’t, after all bad things only happens to others. As you say developer convenience is important for developer happiness, and that is why its is always the winner over security.

The mentality of our industry is only gonna change when developers start to go to court to face charges for the code they write, maybe it take more 10 or 20 years but will be a reality, as Uncle Bob always say, the day will come. It may come sooner if some tragedy occurs were thousands/millions get killed by code, but sincerely hope that this will not occur.

The history shows that any type of industry is not able to self regulated, only the law maker is able to regulate and enforce regulation, some with more success then others.

I wrote a lot of API glue code in Elixir and the number one thing I had to learn was testing the modules that communicate with 3rd parties.

I have a post on it too: Understanding Elixir mocking with Mox 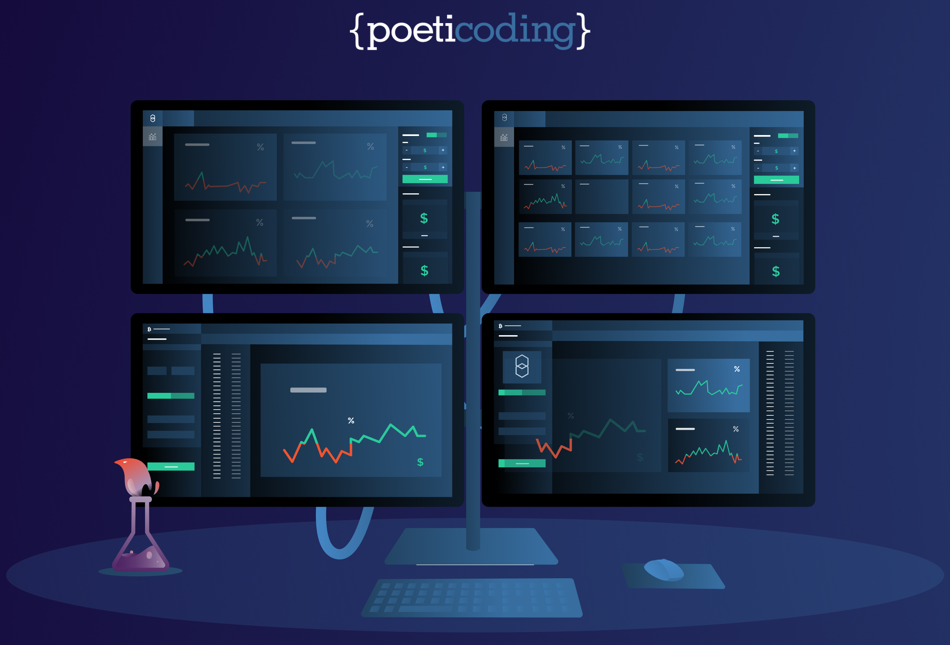 Build a Cryptocurrency Dashboard with Elixir and Phoenix LiveView

This course is not just on how to use Phoenix LiveView. Instead, it’s a journey where we go through the full development of a real LiveView application, which gets real-time data from many Cryptocurrency Exchanges and beautifully renders prices and charts on the browser of (potentially) thousands of users.

I really liked this course.

I may be wrong, but under the hood every library ends-up using :httpc, directly or indirectly.