Are there any desktop (Electron-like) apps written in Elixir?

Is there something like that one can install on his desktop computer as a stand alone app?

Is it hard to create something like a basic text editor in Elixir you can install on your computer? How would that even work, will the Erlang VM be included inside the app itself?

This may be a starting point: 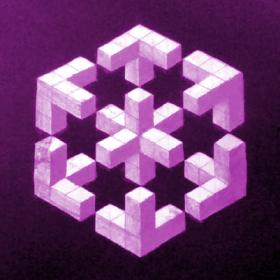 elixir-desktop author here. Yes, we’re still at the beginning with this project, but using it internally already to build and deliver our own app to Windows, Linux, MacOS, Android and iOS. Its pretty much without safety belts still but if you’re curious all feedback is welcome

What is the final build size when compared with Electron? For example hello world app, is it more than 50 MB? And what about the dependencies? Is everything necessary included in one file you ship to the final user or he has to install Erlang and Elixir etc.? Bonus question, does global menu in Linux work?

Elixir on Mobile with Dominic Letz

We talk with Dominic Letz about running Elixir on an Android phone installed in an APK which hosts a LiveView application accessed through a WebView! All while also pursuing a Web 3.0 architecture of being decentralized! Wow!

The final installers are pretty small ~20mb for our app on Linux and MacOS - Yes they are all-in-one, no additional installation of Elixir/Erlang required. The Windows installer is a bit bigger because it needs to package the WebView2 installer as well.

That said I haven’t finished the installer generation to be part of the open source package, but we’re working on that…

Regarding global menu, yes that works on Linux. Systray icons are somewhat tricky on Linux but we have a Elixir dbus implementation that is used where possible. Otherwise it falls back to X api interface from wxWidgets. With that combination we seem to cover most distros.