We haven’t been able to start using Erlang 25, yet, because I’ve been unable to get our base images built with it. Half of our developers use Macs with the new arm processors, so we’ve switched to a process that builds our images with multi arch support.

I’ve created a dumbed down process as an example of how we build it using Github Actions, here: 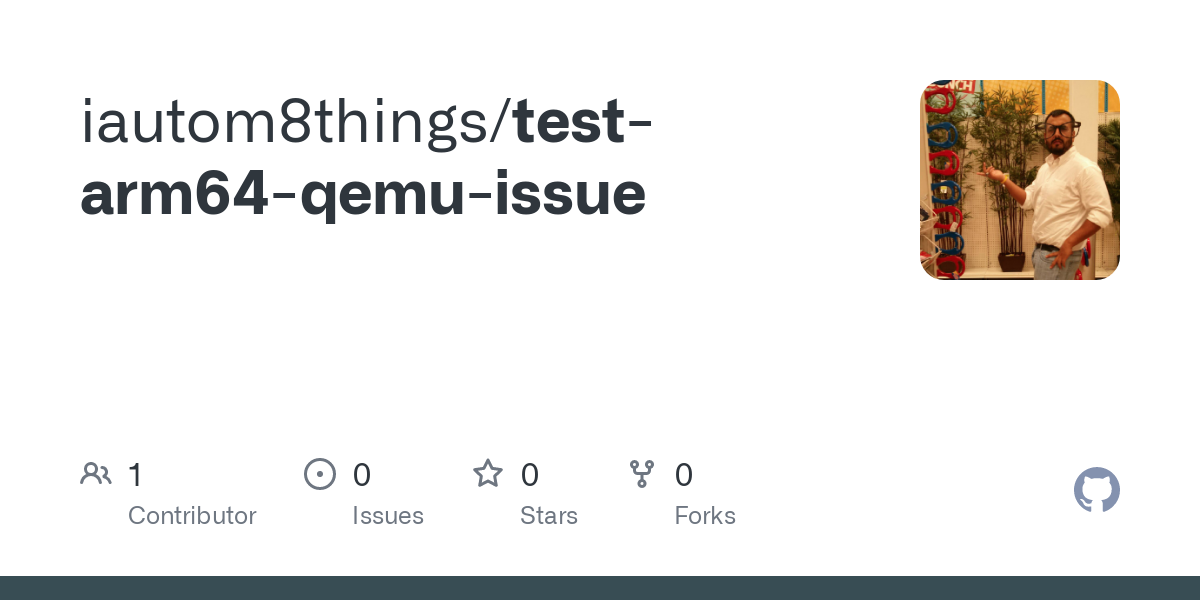 Contribute to iautom8things/test-arm64-qemu-issue development by creating an account on GitHub.

You can see here where this problem happens with all supported versions (from Docker Hub) when using Erlang 25:

Contribute to iautom8things/test-arm64-qemu-issue development by creating an account on GitHub.

On an ubuntu machine I have I can also duplicate this hanging:

Has anyone had any luck with this?

I don’t know if this is your problem, but because of bugs in qemu when emulating arm64 the JIT does not work there, so you need to run the arm64 docker images on a native arm64 machine, or disable the JIT (which is done when compiling Erlang).

It should manifest as a segfault and not as a hang, but maybe something is masking the segfault.

@garazdawi thank you for your work! I wanted to ask you if you have heard/know about attempts of using the about the --platform flag Dockerfiles (FROM --platform=linux/amd64 python:3.7-alpine , link to a suggestion). I’ll experiment and report back, but wondered if you knew of any successes using it. Thanks!

@garazdawi sorry, I had not understood the problem before. Turns out that you can still build those images on the arm platform and they will work as expected. The broken feature is trying to run images built on other non-arm architectures on the arm one. Much like beam releases that should be built on machines that will run them.

Thanks again for all that you do!

Did you ever resolve your problem?

Not quite, we’ve just stuck with 24 for the time being.