I don’t see this posted here yet… does anyone have a say on this issue?

I understand it as FB have applied for (and allowed to issue, but haven’t issued yet) a patent for the GraphQL spec, with no patent grant for it (unlike React with the PATENTS file).

The author makes a point that should FB finally issued the patent, all GraphQL server implementations (Apollo Server, GraphCool, perhaps also Absinthe) and any app that uses any of those libraries will be seen as infringing the patent.

Update 9–26–2017: Facebook relicensed the GraphQL spec to OWFa 1.0. This is tremendous news, and in my opinion, the right move. I feel…

Can you patent api/spec? I don’t think so.
I think Oracle wanted but failed.

Oracle has spent many millions trying to get a chunk of Android, to no avail.

The issue has been raised with the GraphQL folks, and Lee Byron had this to say:

Hi @LawJolla, thanks for highlighting this and for the well researched blog post.

I’ll bring this to the attention of our legal council for their suggestion on how to resolve this issue. We definitely want to ensure the community has all necessary rights to be able to use GraphQL! I’ll make sure we get a speedy resolution.

As mentioned in my post, I think this was an oversight. I’ve worked as outside counsel for large tech companies, and once their in house team kicks an invention to outside counsel, the machinery spins up but doesn’t spin down. I’m not worried, and I don’t think Ben, Bruce, or Absinthe users (ME!

That said, it is very important that they fix these GraphQL IP issues… so I tried to blow the whistle.

That was a copyright case.

Is there any difference in the license of GraphQL to ReactJS or it is pretty much the same constraints?

It’s a very different situation. With react, you’re actually using Facebook code. With GraphQL it isn’t about using the code, it’s about whether implementations in other languages violate patents that may encompass the kind of functionality described by the GraphQL spec.

This is way more troubling situation vs React, if there is prior art the best outcome would be to shoot down the patent. While I had tendency to view the React license situation as more or less reasonable here FB is really starting to reach into Oracle level a-ness territory.

If they do indeed insist on the interpretation articulated by the article, then yes. The word from the horse’s mouth at the moment however is that that is not the intended direction. Hopefully there will be an answer from their legal team soon.

I really hope you are right but I would guess the outcome will depend on how high a priority building up patent war-chest is at FB. I am sure FB engineers are nice people and are very supportive of the community I guess we will find out how much pull they have to influence the decisions in this area.

Ben I don’t how feasible it is, but could Absinthe be expanded to work with https://netflix.github.io/falcor as well?

It’s natural that as an industry we’ve become jaded by bad actors who attempt to leverage IP laws for monetary gain. The reaction to Facebook patents is understandable in that context; however, within the bounds of the history of GraphQL, the idea that Facebook wants to profit from GraphQL as IP seems antithetical to every action they’ve taken so far.

If they were nefarious actors attempting to somehow profit from GraphQL, why work to develop a spec? Why even publish publicly at all? This isn’t like Microsoft “embracing and extending” someone else’s protocol this is an in-house developed technology that they could very well have kept in-house and licensed to other businesses as they saw fit to.

The other piece of this I don’t understand is how exactly Facebook would be expected to profit as a business by attempting to use a software licensing model. Facebook’s business is the people of the platform. If they break the trust of those people, then their entire business model is down the toilet because there is absolutely nothing keeping people using Facebook except their own willingness and desire to.

Outside of having a nicer license Falcor is seeing very little adoption and API and concepts are so different from GraphQL that I do not thin it’s feasible, obviously @benwilson512 will provide a much more informed opinion on this issue

Ben would know better than I would, but after using Absinthe for a year and digging around in the internals extensively I’m doubtful that it could be abstracted far enough to suite Falcor. The semantics and underlying structures don’t match up. The macros and resolution would be different enough that it would truly be a completely different library.

Just my thoughts though, perhaps they are closer than what meets the eye.

It has very little to do with profiting directly from this work and a ton to do with building a war-chest to hopefully only defend from IP claims from other companies, but it can be used offensively as well. To that end the higher adoption they can achieve the better leverage FB has.

FB is taking it’s time on this 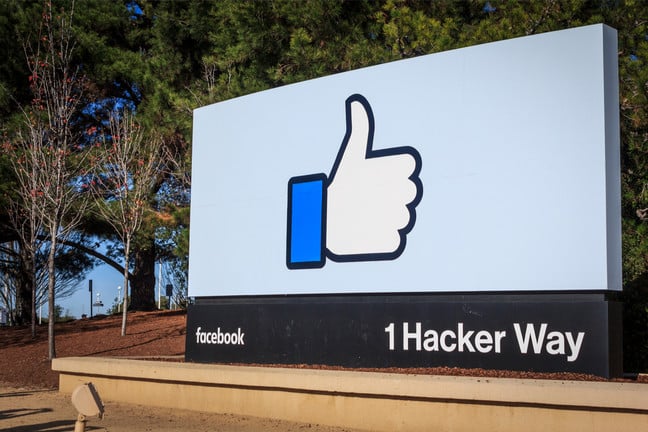 “The patents (as of a few weeks ago) were granted but not issued,” said Walsh in an email to The Register today. ”Damages can start before issuance but litigation cannot. But post-issuance, the threat is very real. My reading of two GraphQL granted applications and the GraphQL spec is that any properly implemented GraphQL server infringes.”

Potentially infringing projects, according to Walsh, include various open-source GraphQL implementations for server-side languages, such as Python, Scala, Java, and NodeJS. GraphQL-as-a-platform providers, such as GraphCool and Scaphold, are also at risk, we’re told. And Facebook’s patents also cover GraphQL users such as Yelp, GitHub, Intuit, Pinterest, New York Times, and Twitter.

GraphQL isn’t yet officially covered by a patent, but Facebook has applied for at least two – and, crucially, Walsh believes the patents will be fully granted. The chance of getting a patent has been estimated to be more than 70 per cent in the computers and communications sector.

Because patent language tends to be broad, Walsh argues that anyone implementing GraphQL could be infringing.

Unofficial word at the moment amounts to “we’re working on the patent release, but we’ve never done a spec before, so be patient”.

The situation is definitely unpleasant, but the level of fear mongering is a bit silly at the moment.

I don’t understand why they are patenting. In my view you would generally only patent something if you want to make money out of it and/or prevent others from using it - why would they want anything like that for React or GraphQL?

I think they’ve created this mess for themselves - it’s a shame that those of you who placed trust in them are having to worry about all this now.

If I were a company, I’d patent it, to make sure no one else does it… Even when I give it away for free, I can be sure that no one will sue me for using my own product.