I want to write Big Data applications in Elixir using, for example, the Lambda architecture. However, most of these software packages are written in Java, sometimes with an Apache Thrift interface, and/or Python API. I am wondering if anyone else is interested in this sort of thing, and what they’ve discovered so far.

From the above, you can see why I am interested in learning Clojure to interface with these libraries (I want to stay, far, far away from Java, and maybe less far from Scala). But, wouldn’t it be cool to have these available in Elixir?!

I admit that I’m very new to Elixir and Erlang, but it seems to me that these are mostly attempts to build Erlang/OTP on the JVM. Granted, I’m not aware of a filesystem like HDFS for Elixir, but I think that much of this is trying to catch up to where Erlang/OTP is.

I think you’re right! However, where is the Big Data revolution with Erlang/Elixir? It looks like the Erlang User Conference 2013 had a Big Data track where Erlang is considered to be the next big thing. (Each of those has a YouTube video, if you search the talk’s title.)

It must just be a matter of Java being more popular than Erlang, despite Erlang/OTP being more well-suited for the task. I guess it is up to us now to bring Elixir to the arena!

I’ve given this question much consideration since my previous reply. Another thing to define is what you mean by ‘Big Data’. 5 years ago, it was all about Hadoop/Map-Reduce on data sets too large for a single machine.
More recently, people are tired of waiting for results and the tedium of actually programming Map-Reduce so you get things like Spark which use functional style to make the programming sane and close-enough-to-real-time processing.

I’m less familiar with Storm, Samza and Flink, but after a quick reading I’d say they all attack stream processing – such as log file analysis or credit fraud detection. Things where a decision is made on dynamic pools of data. I believe the same is possible with Spark, it’s just that these projects have their own specializations.
Just to muddy the waters further, we shouldn’t leave out Machine Learning and Deep Learning from the discussion.

I still have the feeling that Elixir could kill in all these areas. I have messed with Hadoop and Spark and the machinations they go through to manage nodes is unbelievable.

My plan for today is to watch those talks and do some more research on what is missing from Elixir’s ecosystem. Like you, I suspect it’s popularity.

Spark achieves similar results as Storm of Flink real-time stream processing by shortening its batch time to what they refer to as micro batch. Spark Streaming is not exactly the same as real-time streaming but the micro batch approach can get you pretty darned close (like seconds).

I read a pretty interesting benchmark post of this from some engineers at Yahoo - https://yahooeng.tumblr.com/post/135321837876/benchmarking-streaming-computation-engines-at
Also, one of the guys from Yahoo was on Software Engineering Daily podcast talking about the results: http://softwareengineeringdaily.com/2016/02/03/benchmarking-stream-processing-frameworks-with-bobby-evans/

So as they take on new, Hadoop-related (and derivative/alternative), the projects one by one seem to go through Apache incubation then promotion to official Apache projects. Maybe it’s this success with getting a proper home for your project that has attracted the authors to go with Java first? Who knows?

Maybe what we need is a similar thing for Elixir/Erlang (not sure, it may exist already)?

Very interesting. I’m thinking about doing something with HDF5 plus Disco and TensorFlow. I come from Python and getting familiar with lambda architecture. See my recent post for an overview: https://lnkd.in/dwtt5PX
I have started now learning Elixir.

It’s Python you actually write the programs in, so I guess under the covers it’s interesting to Erlang/Elixir but not as much in its end use cases.

Hi,
Just found the Disco Fmw few days ago. I have been on other options though.

Have you watched the movie The Martian?

Basically, I have studied the Hadoop stack but Java is not really my thing. The (formal) complexity of MapReduce is too high for the purposes I am implementing this pipeline (small-medium projects running on cloud providers, with very segmented data. Basically every microservices would handle few variables indexed by geopoints and its aggregates) and usually too resources-draining in terms of learning/working hours and compute costs. Something like the map and reduce command pipeline used by MongoDB CLI (former versions) would be already a quite powerful tool.

By now I am doing research and using the module for netCDF https://netcdf4-python.googlecode.com/svn/trunk/docs/netCDF4-module.html that is a network format for exchanging HDF5, the highly distributed file system by Unidata; and open source GIS solutions for geoquerying.
My focus now is to design and develop simple ad-hoc solutions to map HDF5 data to Web services with Python.
Soon I would like to add some new layers to this pipeline: map-reduce ( and I found the Disco Fmwk Python API) or a basic homebrewed library with some simple methods (as told before about early Mongo implementations), and a “compute unit” to ease data-scientists studying aggregates.
I thought to integrate this system with Kubernetes using multiple clusters of microservices. It’s a cool experiment I think.
I am considering Elixir because of I always wanted to learn functional, and concurrency can be the thing for making this possible.
Any idea or comment welcome

PS. Doing something with Elixir would make everything not monolithic, easily scalable for any level of usage, lowering deploying barriers. Making Python and Elixir working together programmatically on HTTP would be great!

PPS. I am also on Slack as lorenzogotuned, I started a channel #web-and-data

This sounds exciting. I’m not really versed in slack (slack.com, right) yet, I tried to search for lorenzogotuned and #web-and-data, but didn’t find anything. What domain are you on – or am I getting something wrong.

Hi, cool!
You have to sign up on the Elixir Slack group https://elixir-slackin.herokuapp.com/ and then sign in into Slack when you get the invitation in your inbox. Once you are signed in you look for the channel.
See you there.

Thank you. I was missing the Elixir Slack group.

We can actually start collecting basic design conditions (tools, target size of the data, deploying hypothesis, etc) and the links from our different posts into a repository. Are you ok if I start it on Github with a README? We can write there a kind of “state-of-the-art” as introduction to see what can be done or planned. 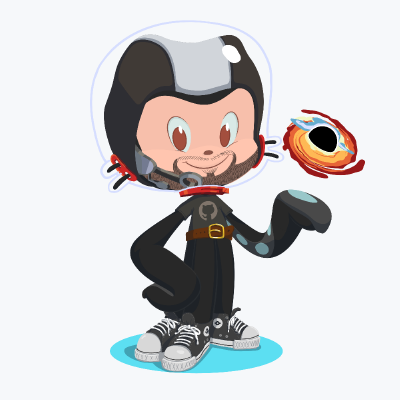 Contribute to Mec-iS/elixir-web-and-data development by creating an account on GitHub.

Don’t forget you can make Wiki’s here too (which anyone at Trust Level 1 or higher can edit). If @uranther is ok with it we can make the first post here a Wiki and you could all maintain it.

The main benefits are that it may encourage more discussion, shows up if anyone searches for it and it’s easier to make changes to (no need for PRs needing to be approved, etc). Up to you

I don’t think so you can beat something like Apache Spark (Spark SQL, Spark Streaming, Machine Learning, GraphX).
But what would be nice some kind of interoperability for example elixir -> Apache Spark or Apache Spark -> Elixir.

I don’t think so you can beat something like Apache Spark (Spark SQL, Spark Streaming, Machine Learning, GraphX).

They have many more man-years of development invested, too. Because of OTP, the same functionality can be duplicated in much less Erlang/Elixir code and have better scalability and reliability.

But what would be nice some kind of interoperability for example elixir -> Apache Spark or Apache Spark -> Elixir.

I agree! In the meantime of some major Elixir Big Data projects, interoperability would be great.

I think you are sadly mistaken: something like Spark cannot be duplicated in Elixir, easily or painfully.

The reason : Elixir ( & Erlang) are simply not suited for scientific programming/data science programming because they do not have mutable arrays and the corresponding linear algebra & machine learning & DSP libraries that build on top of that. Without mutable (large & possibly distributed) arrays it’s simply not possible to do any efficient number crunching.

Big Data is not just about accessing lot’s of data (files on HDFS or in various NoSQL dbs -> this can be done in Elixir) but it really is what you do with that data once you’ve accessed it and that’s where data science/machine learning comes in.

There was one promising project called Matlang for Erlang by one ph.d. guy but that seems dead. It was based on wrapping the native BLAS matrix library just like matlab, sciPy, etc do.It showed decent performance. One of the reasons this never became mainstream is that it required a patch to the Erlang VM for efficiciently calling BLAS and that patch was rejected by the Erlang team.

Also the Erlang VM doesn’t do any jitting to native code like the JVM does, so (scalar) numerical performance & tight loops to iterate over collections of numbers is not great (without wrapping a native numerical lib).

@ssagaert
Very interesting post.
We are talking in fact to create a possible synergy between Elixir and Python in the same pipe. Leveraging Elixir to access HDFS-like and inter-operate to Python for the map-reduce or machine-learning, and back again to Elixir for the database and Web inter-operability. This can be done by using protobuffer or a common swap space.
Again, one of the weakness of the software you mentioned is of being monolithic and to enforce the use of certain tools (above all Java).
Python can have some overhead problems at performing as the actual tools on the market, so creating a pipeline with the characteristics above can be a great plus for Python users (that are the great majority of data scientists) not using the Apache pipe.
I didn’t say, and the other the same, it’s easy or a few weeks work, but there is quite a demand to “ease” the actual big-data pipe.

I don’ t think wrapping Python with Elixir is a very good Idea. Python is slow and already a glue language so that’s like 2 glue layers. For performance you should interface with a faster lower level language.

“there is quite a demand to “ease” the actual big-data pipe.”
I’m not sure this is true. Have you even studied Spark? You can program it already in 4 languages: Scala (the native language it’s programmed in. This is actually a high level language but fast (& also complex unfortunately)), Java, R & Python. So for the Pythonistas: there really is no need to recreate Spark in Python since it already has a Python interface. Next to that you do do a lot of data retrieval/manipulation in SQL (for non-prgrammers) & there are interactive notebooks (like in iPython).

Nothing prevents you in principle to develop an Elixir interface to Spark but to make this workable you would need efficient (mutable) datatstructures to represent dataframes & large arrays (vectors/matrices/tensors) in Elixir and this does not exist at the time. And no a (nested) (linked) list is NOT going to cut it for representing vectors/matrices/tensors in Elixir.