Hey everyone, I often see questions regarding best practices, and examples that people can reference so they know how to structure and accomplish certain objectives they’re facing. So, I wonder if anyone is open to collaborating and creating documentation on best practices to get things done.

I’m not completely sure of the best route to doing this, but perhaps people can raise their hands to what they’re good at, and also what best practices they’d want to see be built out. Based on consensus, I can take care of the organizing, but I still feel that I’m a super newbie at Elixir despite having 1 year of experience still, so I’d have to rely on the community (you) to help with the actual knowledge part of the how to.

An example for me is showing the best practice of multi select such as fly.io’s article here but to give more detail in how to implement and update embedded schemas in a clean and reusable way. (Ecto is still a struggle for me with these things)

I think this can empower the entire community because they can have a reference on how to structure, write high-quality code, and also build confidence as an Elixir developer. The more livebeats like examples the better.

I was thinking it could be a maintainable GitHub project where people can do some PRs and then have a simple static site.

Also, I’m willing to make some youtube videos with anyone open to it, so we have both written and video documentation.

Would love everyone’s thoughts on this, and apologies if this has been discussed before.

I found out a super optimal Fibonacci sequence algorithm for Elixir:

So I was thinking, if snippets like this are collected, so we can use them in any project, just like using Emmet!

I am creating my personal project, which will be like a starter kit I can use for every other project that comes after.

I am adding all the best practices one by one, as I keep learning. I think the generators, documentations, phoenix framework generated code itself has lots of sensible defaults.

And I believe books, videos and tutorials are necessary to know why things are the way they are. Like Elixir Secure Coding Curriculum!

Though it would be cool if we can have some default way of doing authorisation that can scale, just like Ecto library, and default Authentication generator along with an awesome Admin panel, CMS, plus anything else that Startups can use to jump start projects.

Would be a great addition to the community for sure!

I think the “latest and greatest” best practice is actually Chris Mccords very own LiveBeats. 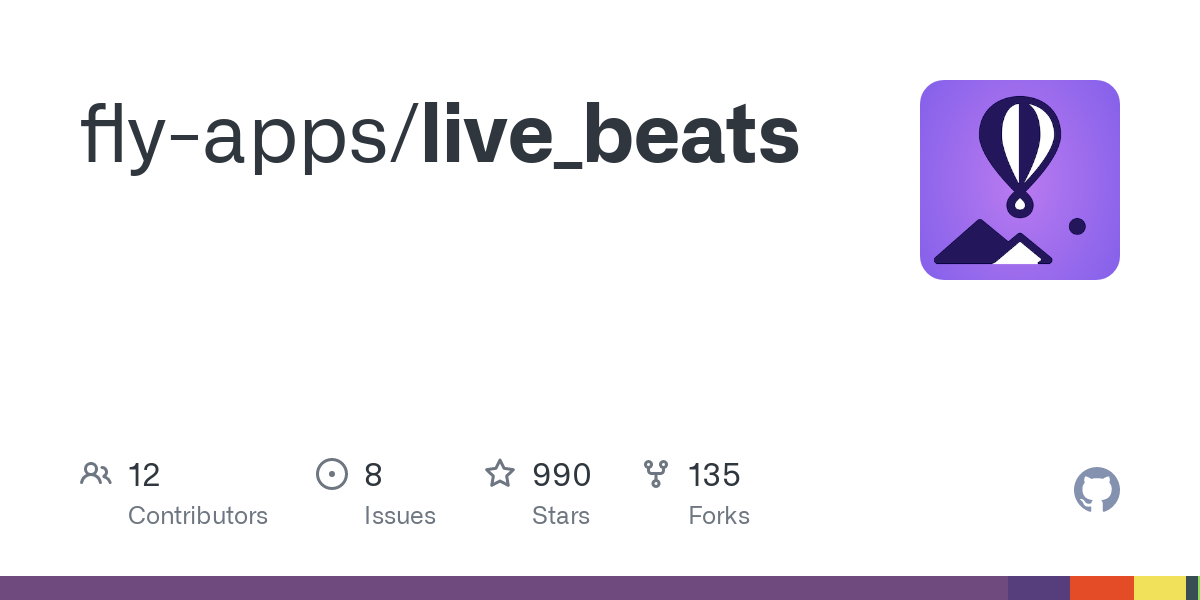 Contribute to fly-apps/live_beats development by creating an account on GitHub.

I completely agree with this example being a best practice reference. Perhaps we can disect and document what code snippets of live beats are best practice and build some written understanding of how it works, how to implement it, etc.

Then also do that for other repos that are also considered to have best practices.

Are there any specific examples within live beats that you would consider worth mentioning for best practices?

For us beginners (with visions

) trying to parse out the most crucial snippets and best practices would be amazing.

i’ve tried to consume Chris’ app in my spare time but, yeah. It’s a lot to taking.

I’d love to see a Phoenix Recipes book - I’ve posted about this in a few threads now:

Are there any detailed walkthroughs of complicated Elixir apps?

I wish someone would write an Elixir (or Phoenix) Recipes book - I have referred to the Rails Recipes book often over the years when working with Rails - not because it has info that isn’t anywhere else, but because it’s a lot of ‘good’ reliable info in one place. (Maybe some of our mods or regulars could write such a book

I think it would be great if José and Chris were involved too, not necessarily as the people writing it, but as co-authors overseeing what is/isn’t included and maybe adding their thoughts on things every now and again.

It’s no longer in print, but this is what was in Rails Recipes:

Recipe 51. Roll Your Own Authentication 198
Recipe 52. Protect Your Application with Basic HTTP Authentication 203
Recipe 53. Authorize Users with Roles 206
Recipe 54. Force Your Users to Access Site Functions with SSL 211
Recipe 55. Create Secret URLs 212
Recipe 56. Use Rails Without a Database 216
Recipe 57. Create Your Own Ruby Gem 221
Recipe 58. Use Bundler Groups to Manage Per-Environment Dependencies 224
Recipe 59. Package Rake Tasks for Reuse with a Gem 226
Recipe 60. Explore Your Rails Application with the Console 228
Recipe 61. Automate Work with Your Own Rake Tasks 230
Recipe 62. Generate Documentation for Your Application 235
Recipe 63. Render Application Data as Comma-Separated Values 236
Recipe 64. Debug and Explore Your Application with the ruby-debug Gem 239
Recipe 65. Render Complex Documents as PDFs 244

The only issue really is Phoenix is moving pretty fast atm, so such a book might become outdated quickly (in which case a Recipes section here on the forum could be worth exploring, a bit like our ‘how would you’ type section, or adding something to the Phoenix site itself…)

The only issue really is Phoenix is moving pretty fast atm, so such a book might become outdated

Based on my experience with this sort of thing, any such resource (either as a book, website, repo, livebooks) has to have a full test suite that runs regular on CI, and “looks ahead” to the language’s master with unlocked deps to get ahead of changes.

Also clearly documenting the pub date and versions of software used in all code examples.

TBH this is one of my main struggles with Livebook right now; there’s no way to externally and programmatically drive its execution as a project dependency. Makes me reluctant to use them as a form of primary documentation for anything.

A good book format for this could be exdoc in a repo that can be versioned I would say. That way you can have doctests and even actual code sample modules referenced in the exdoc pages.

I imagine this can and should be handled with Git tags.

There’s cheatsheet feature in ExDoc, and LiveBooks can be embedded into the generated docs.

So we can read the LiveBooks when away from machines and then run it when possible.

I liked @AstonJ’s idea. I am beginner in backend dev, so I was thinking a cookbook for building SaaS related features would be great. (Not beginner algorithms and challenges, that can be its own book!)

This is what I’m wanting to make!

Perhaps we can do an open-source book or something with these recipes.

@AstonJ, any ideas on how you’d modify this table of contents to match Elixir?

I’ve started a repo here: GitHub - Morzaram/elixir-best-practices: A repo that aims to provide best practices for any task in elixir you're aiming to accomplish

I tried to see what ChatGPT could do, so if you see any inaccuracies (I know there are), I haven’t fixed them, just added some stuff and will clean and organize later. Just wanted to get repo going 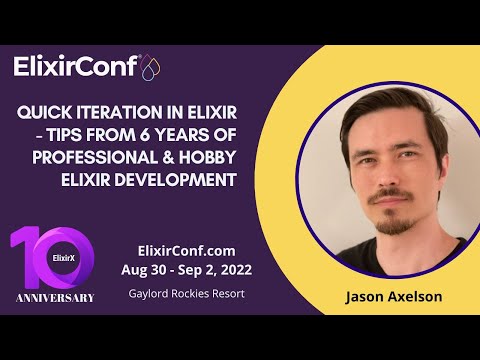 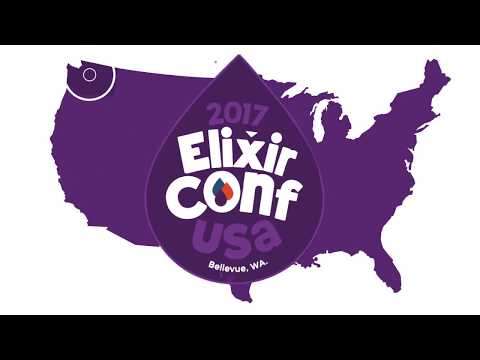 This is all the progress I have made:

I made my repo public, I have to redo it anyways for Phoenix 1.7. Also after learning 7 plus books, I might have different perspectives on doing things. 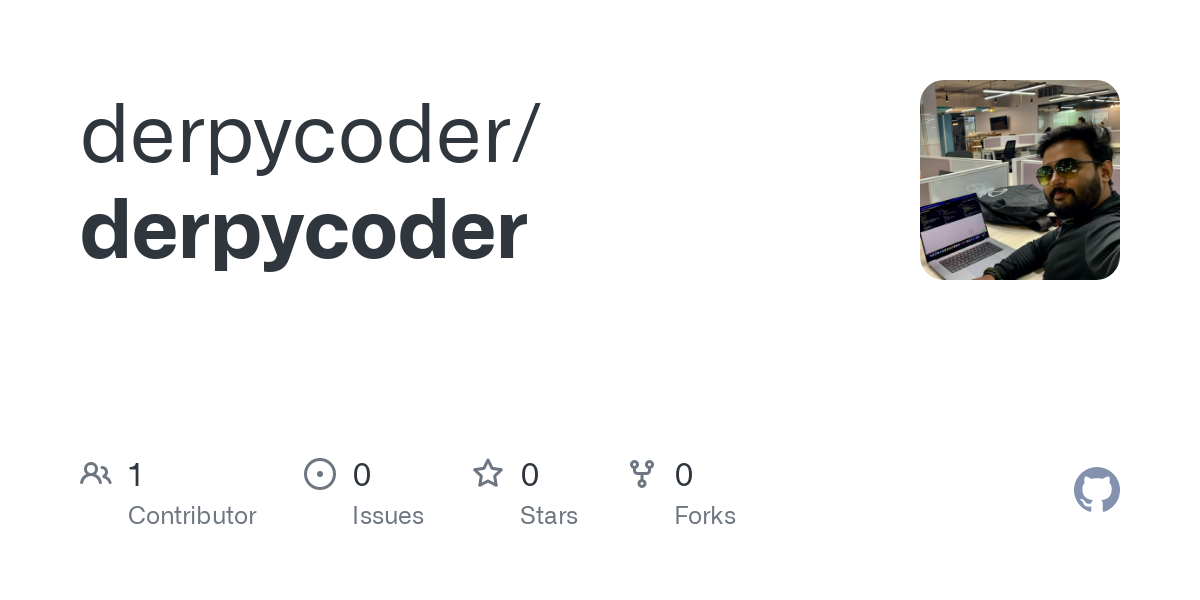 Readme is a mess, but a treasure trove for me.

Checkout the taskfile and see if you can figure out the setup.

Basically have homebrew and asdf, installations and stuff will be a breeze.

Run Cockroach db, Minio, caddy and then start the server.

Start any other services and visit their respective subdomains based on caddyfile.

Please don’t create any PRs or issues as I am a complete noob.

My way of doing thing s maybe flawed, but I am overly cautious and want to avoid tech debt as much as possible and make all the right choices up front.

P.S. See seeds.exs and .env files for username and passwords.

Also generate certs with associated generation commands before starting, as most of the services run in HTTPs mode, even in local.

If possible I want to replace Taskfile with mix commands.

But I am not clear on how to make it slick like Taskfile.

Also how do I create a :digraph, so when I type
mix start or something, all of the underlying or necessary services start up, in a topological sorted order!

P.S. I haven’t even reached deployment related optimisations yet.

P.P.S. I hate docker, I would prefer BEAM to be the OS running and managing the whole app.