Chisel - a library to render text on pixel based devices

This is my first post in the forum! (Hope I’m doing it well

)
I want to share with you a project I’ve been working since a couple of weeks.

Some months ago I started to work on a driver for OLED displays based on SSD1306 (very popular and cheap!). It worked, had some primitives to draw points and lines… but that’s not quite useful.
On a second release I added a Scenic driver and the result is nice for graphics, but the text doesn’t looks well because of the antialiasing…

So this week I released the first version of Chisel

, a library that can be used to write text on any device based on pixels (OLED, LCD, a LED Matrix).

Chisel is basically composed by two parts: a Font loader and a Renderer.

The only format supported for now is BDF which is a format for storing bitmap fonts (I want to add support for PCF in the future).

The use is pretty simple:

So… what is put_pixel?
Is just a function that is called with the coordinates of the pixel to paint.

Here there are some examples using OLED and some fonts from U8glib: And that’s all! What do you think? Did you have this text rendering requirements ever?

I would love to hear some feedback!

Thanks @lawik for testing the first prototype with [Inky] (https://github.com/pappersverk/inky)!

I hope you can found it useful and to see many people crafting things with tiny displays!

This is so cool! I love the display showing the emojis

Is this the module you are using? 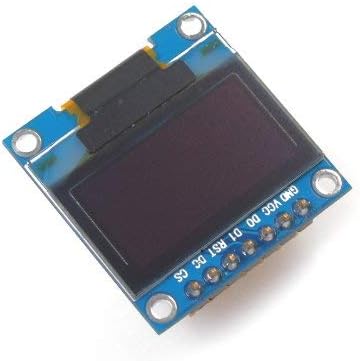 Is this the module you are using?

Yes! That one works with the OLED library.

I love that you made this thing. Absolutely wildly useful for small display projects. As you know there is plenty more I want us to try based off of this