Create a cryptocurrency trading bot in Elixir in 12 minutes!

The video sums up the work over 15 videos released in the series dedicated to “Create a cryptocurrency trading bot in Elixir”. In 12 minutes (excluding intro & outro

) we will see how a trading bot could be written including a full supervision tree around streaming and trading as well as built-in autostarting for both! It’s a great resource to see the usage of the OTP in real-world scenarios. 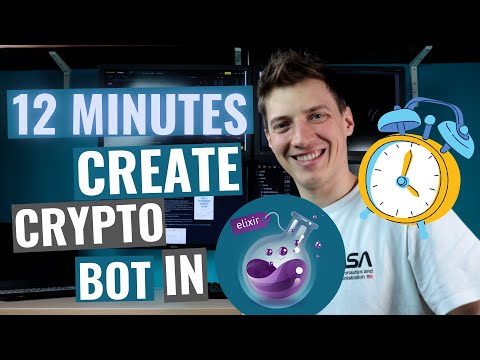 ). As pointed out in the video, not a lot of in-depth explanations inside - if you are looking for discussion why it’s built the way it is - there are 15 episodes already released on my channel (https://www.youtube.com/watch?v=wVYIx7M6o28&list=PLxsE19GnjC5Nv1CbeKOiS5YqGqw35aZFJ&index=1)

Tough I don’t have much spare time to view those videos. But even without seeing them: thanks for sharing with the community! Seeing real apps being developed is a great resource to learn or become better at programming with Elixir (those Todo apps never really do)

Thanks for your kind words

That’s why I created the video above, it’s directed to people that don’t have the luxury of “free time”(like me for example

) but still want to get the gist of it - is it worth watching the whole series as well as maybe they are just fine after this one. Learning comes in all shapes and forms