I spend a lot of time browsing Craigslist. Possibly too much. But I find the reason I spend so much time looking is because it’s really tricky to filter out good stuff from spam and nonsense. I also can’t easily get notifications of good stuff in real time so I miss out on things often. So in normal software developer fashion, I over-engineered myself a solution. I’ve been interested in scraping Craigslist since i was a kid, but they sort of frown upon it. I found that Elixir’s pattern matching makes searching HTML really easy to work with.

Anyway here’s the source. I didn’t really built it with the intent of anyone besides me using it, but it certainly is possible to add it to other servers.

Here’s a screenshot of how it looks. 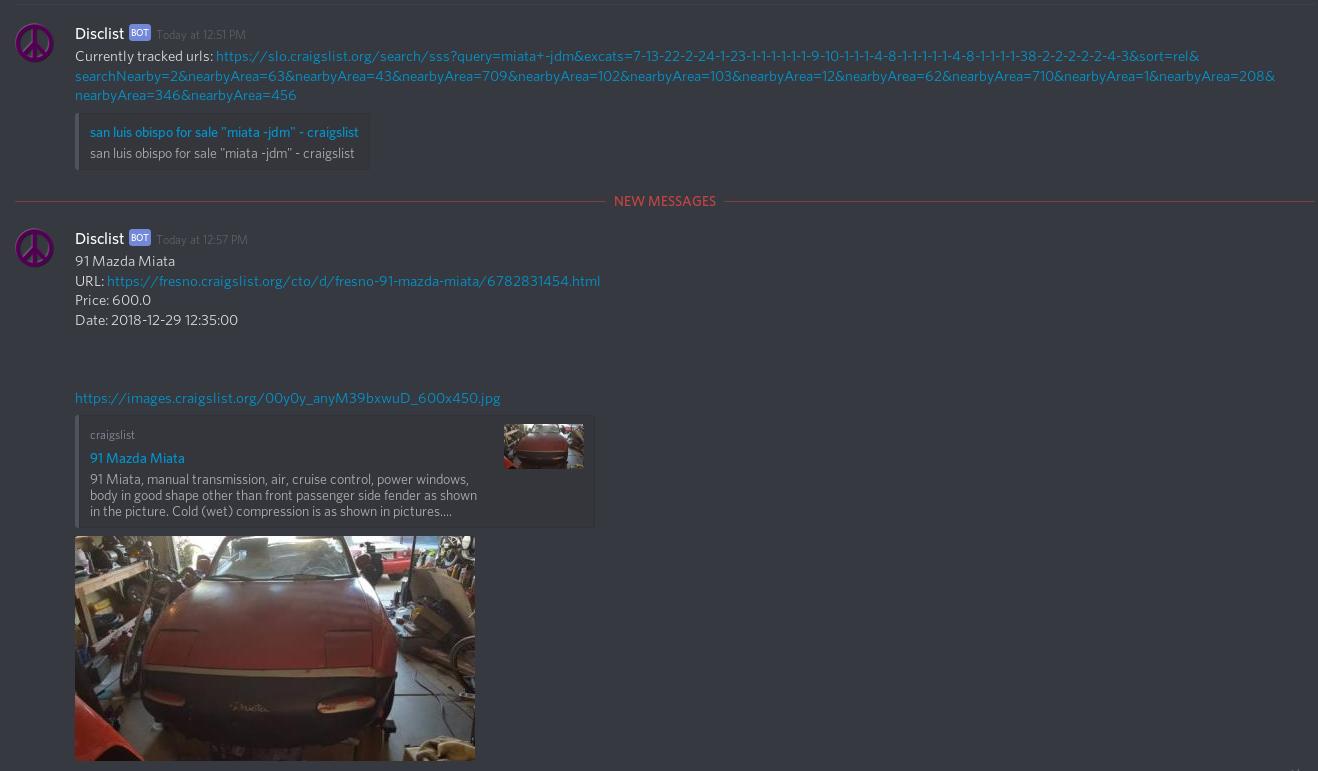 I can’t say this was a great idea, but it’s been pretty useful for at least the last couple days i’ve had it running. 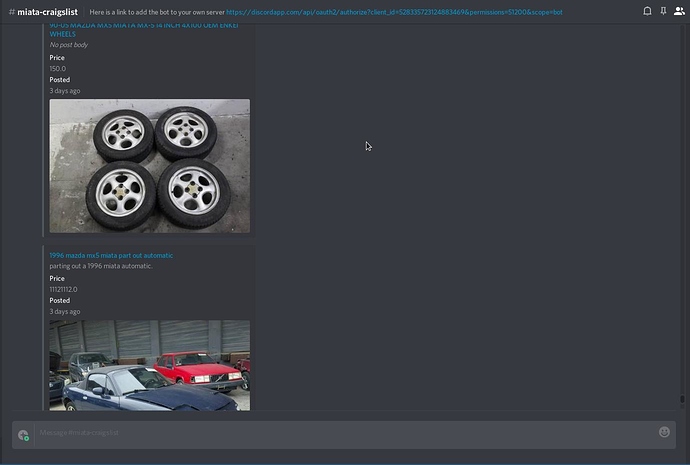 Just learned about Discord’s “Rich embed” and i very much believe this user interface is better than Craigslist’s official one.

So in normal software developer fashion, I over-engineered myself a solution.

Such a true statement. I love this solution! Such a great job

I’ve been interested in scraping Craigslist since i was a kid, but they sort of frown upon it.

Wow, you brought back a lot of memories from the mid 90s when I was in high school. I made quite a few programs to scrape web sites. I liked to pull data and consolidate it from news sources, and computer programming sources. You are right, quite a few sites were not happy with frequent queries to their servers.