Ecto.Adapters.DynamoDB: An Ecto Adapter for DynamoDB

Here at Circles we recently started a new project where we wanted to use DynamoDB as a storage backend for Phoenix, so we decided to create a DynamoDB adapter for Ecto. It has a lot of missing features and rough edges, but we’ve decided to release the project as open source in the hopes that others will find it useful.

Outside contributions are encouraged; we’ll be happy to review any third-party patches that anyone sends our way. 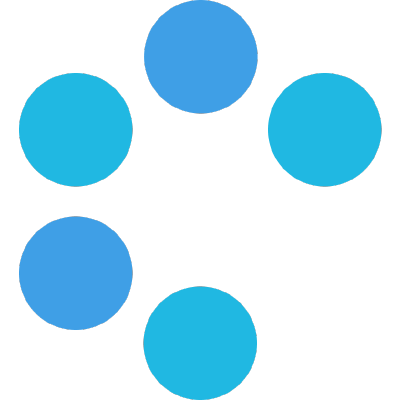 Looking for some guidance on:

Is there any work being done to implement Adapter.Storage for the DynamoDB adapter? I can see using Postgres or some other storage implementation for Unit Testing, but for integration/acceptance level testing I’d like to be able to hit a (local) DynamoDB instance.

The Storage implementation is responsible for creating/dropping database. Correct me if I’m wrong, but I think that doesn’t really make sense in the context of DynamoDB.

In that case, everything should work correctly, if you don’t call the ecto.create and ecto.drop tasks.

Ah, ok, so in the DynamoDB case, even running local, dropping and creating those don’t make much sense.

Running with the ecto adapter for dynamodb throws an error about the ‘storage’ issue and won’t run, which seems odd. Wonder if there’s a way to just override it and say “sure, we handle that” and just make the drop and create no-ops?

I’m also wondering, for what I’m trying to do, if it isn’t just as easy to use the ExAws project directly. I may attack that angle a bit (although the adapter is really nice).

Or I’ll get it in my head to go try to add some fake adapters for storage to the code…pull down master…and get:

Thank you for your comments, Eric and Michal. We have yet to visit any
Storage callbacks for the adapter. Eric, if you like, please raise an issue
in our github repository with more details about the error you are
experiencing and how to reproduce it. We’ll be happy to take a look.

@eric - Looks like it’s complaining on missing quick check libraries - Which makes sense, since you won’t have that installed. @alhambra, I thought it compiled by default without having those available? Any compile time flag? Or will we need to tweak to remove?

And I agree with Michael - Creating storage just doesn’t make sense with DynamoDB - The storage layer already ‘exists’ and cannot be deleted - All we allow is the creation of schema/tables via the adapter. In your test code, the easy solution would be to avoid calling the storage functions at all - It will all work fine without them. If that’s not possible, then it seems you’d like a way for the storage functions to work without causing an error.

Michael, do you have any good thoughts on what a ‘correct’ implementation might be? ‘success’ with warning?

Last note - Alhambra1 is correct in that defects for these in the gitlab repo is a good way of ensuring that any requests are tracked and not lost.

@ericheikkila thanks for the heads up on the EQC build error. I wouldn’t have expected that to be a problem for building the adapter code, only for running unit tests, but even in that case it would be best if we could have it automatically skip the QuickCheck stuff and still run any other tests that are available. (And actually, we could probably use something like eqc_suite to also allow for running QuickCheck tests to a limited extent even without a commercial license, but that’d take some doing and will probably be on the back burner for a while.)

Anyway, I’ll try and take a look at adding a quick and dirty fix for the EQC errors sometime in the next couple days. In the mean time you are welcome to just locally rip out any modules that mention EQC, and that should get you up and running for now.

Sorry for the long delay since my last reply! Been a really busy couple of weeks but I finally got around to fixing the adapter test modules so that they skip the EQC code if you don’t have it installed. Let me know if you run into any more issues

It’s been a while since there’s been big news for the adapter, but we’ve just released an alpha version that supports integration with Ecto 3 - https://hex.pm/packages/ecto_adapters_dynamodb/2.0.0-alpha.0

Community use and feedback would be much appreciated!