How would an Elixir implementation be organized that provides the main features of SQS?

I’m about to use SQS (and maybe Broadway to read from it, and connect to the next stage), but thinking there might be some Elixir / OTP components that could provide this functionality.

You could build something similar with Mnesia and regular messages, or with custom storage. See RabbitMQ for example. However it will be more troublesome and maintenance-needed solution than just using SQS. However if you for example already use PostgreSQL and you will not have large volume of messages then you can check out PostgreSQL NOTIFY mechanism, maybe it will be enough for you.

You could build something similar with Mnesia and regular messages, or with custom storage.

I would advise against using Mnesia because in fact Mnesia doesn’t give the ACID guarantees it advertises in the docs, as its not durable and you can loose data with netsplits, due to unexpected failures(it has a delay to write to disk) or when you start it(my case).

Mnesia with Memento lost all records for all tables Questions / Help

I have been developing an app in localhost, while keeping a staging version of the app running in another folder, with mix phx.server, that I use daily. So, each time I shutdown or restart the laptop I don’t bother to manually stop it, but today I have stopped it accidentally with ctrl + c + c, and for my surprise when I started it again all my tables were empty

This was not the first time I have used ctrl + c + c to stop it, but never had this outcome. I am usin…

Why isn’t mnesia the most preferred database for use in Elixir/Phoenix? Questions / Help

Thanks for the link to the very informative video. I took a bunch of notes, some may be not totally correct, missing bits or not well understood by me, but anyway I will leave them here for others to review and point me where I am not getting it

MNESIA FOR THE CAPper The good stuff Runs in same memory space of Erlang, thus very fast access, not matched by other databases. Stores data as Erlang terms. The query language is Erlang list comprehensions. If a crash occurs and …

I am ditching Mnesia in favor of Mnevis, aka Mnesia with the RAFT consensus: 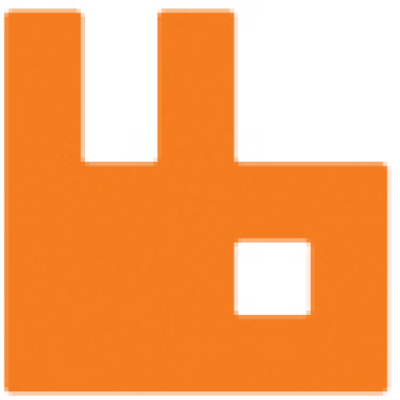 I’m about to use SQS (and maybe Broadway to read from it, and connect to the next stage), but thinking there might be some Elixir / OTP components that could provide this functionality.

While I don’t have a direct alternative to suggest for you in Elixir I would recommend you to read:

Can we beat Kafka if we build it in Elixir? Chat / Discussions

I am going through the kafka architecture. All the features what the kafka is providing are already in Erlang. I would like hear your opinion on the Kafka type implementation with Erlang. Kafka® is used for building real-time data pipelines and streaming apps. It is horizontally scalable, fault-tolerant, wicked fast, and runs in production in thousands of companies.

What would it take to create Kafka like solution in Elixir? Chat / Discussions

Just went through this great discussion thread on Big Data with Elixir and looking at this diagram I couldn’t help but ask can Broadway be a replacement for Kafka ? But on further research it turns out Broadway is a way of creating efficient data processing pipelines. And as such it sits more downstream on the consumer side of the equation. Though one can see a consumer further producing something which then is picked up by another data processing pipelines. There have been attempts like ErlBus,…

How would you compare Kafka to BEAM and OTP? General Programming (Archived)

Apache Kafka also promise about similar benefits as BEAM and OTP offer like Distribution, Fault Tolerance etc. Edit: Apache Cassandra which is AMAIK a database, also promise things like Linear Scalability, High Availability and Fault Tolernace. (Because it’s database/data-storage, we might better compare it to ETS or Mnesia). End-Edit How are these different/better/worse than BEAM and OTP ?

No personal experience, but Oban was discussed recently on the Thinking Elixir podcast.

EventStore may be suitable for your use case. It uses PostgreSQL for storage.