One of our users just created this screencast for deploy Elixir apps on Render. Hope it’s helpful! 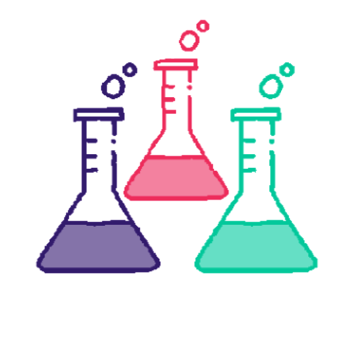 ⚗️New screencast: Elixir Deployment with Render The simplest hosting service I've seen for deploying Elixir apps is Render. This is a short tutorial on how to deploy an Elixir mix release to their platform. It's a Phoenix app with Ecto. youtu.be/DhSylrNr81k #myelixirstatus
10 Likes
AlchemistCamp August 14, 2019, 2:23pm #2

Hey, thanks for sharing! I’m still doing most my stuff on Digital Ocean due to price and my Gitlab CI/CD workflow, but I’ve been very impressed with Render.

It’s both cheaper an easier to setup than Heroku. It’s even simpler than the no longer available Nanobox setup I used originally. Render is definitely worth checking out for anyone not interested in managing their own VPS!

As a former nanobox user who’s been looking for a similar service to switch to, this offering was looking good enough to convince me to pay for it. But in what seems to be the last few days, there’s been an update in pricing (starting september) which has basically halved the amount of vps resources you get for the same price. So instead of paying $5 for a 1GB, 1vCPU server, now you have to pay $7 for a 512MB, shared CPU server. This is literally the same offering as heroku, which is a far better tested platform and offers much better integrations. It does appear that the pricing scales better than heroku, but that’s not saying a great deal. For example, the Pro Plus service (8GB, 4 CPUs) comes in at $175. A digitalocean vps with the same specs costs $40, almost a x4.5 multiple. Obviously some people will value the convenience of deployment more than i do , but for me personally it’s not easy justifying the price when i can automate a similar workflow in 10 minutes using ansible and gitlab (which provides free continuous integration). If you want to avoid devops by any means necessary, then maybe this service is worth the money. But if you don’t mind spending 10 minutes to set up a similar workflow at no cost, I would personally recommend doing this.

@hypercore Render isn’t the least expensive option for developers who can spin up all their infra using tools like Ansible/Terraform, but we also don’t intend to be. Our goal is to provide much more value than IaaS providers and save you time so you can focus on your app or business; so in the end the decision comes down to your devops expertise and how much you value your time. In addition to the initial setup with DO, you have to make sure to continue to patch and upgrade your VMs, manage backups, and handle VM downtime if it happens.

There’s more to the comparison with Heroku: For the $7 plan, Render offers zero downtime deploys, unlimited build minutes, automatic Brotli/Gzip compression, HTTP/2, health checks, no automatic restarts every 24 hours, and free chat and email support. We’re also working on adding addons to our platform, which should make it much easier to integrate third party services with Render.

Hope this helps clarify things a bit. Also, we’re always looking for inputs from users (and potential users) around our pricing and everything else, so thanks for the feedback!

I have not had the time to watch the screencast yet, but how do you compare yourself to Gigalyxir?

Beyond the no restart every 24 hrs, I think another feature that makes render appealing to me is the ability to run Elixir nodes in cluster. On Heroku I’m more or less limited to very basic OTP things unless I’m misinformed.

@hypercore Here’s a link to a list of Heroku’s limitations as written in the Phoenix docs https://hexdocs.pm/phoenix/heroku.html#limitations

@anuragg any information about your hosting providers? Do you run your own data centers? Which locations are available?

Gigalixir is great if you’re only running Elixir apps. Render is more of a general hosting platform that grows with your needs. For example, you can easily run Elasticsearch or MySQL on Render.

Our servers are in the US right now, and we plan to open an EU region next. We use GCP for most things but also use AWS. This could change completely in the next few months.

Any hints when the EU region will be available?
Where are Databases held - in the same data center or somewhere else?

We’re hoping to roll out EU support by early next year. Render databases are on the same data center/internal network as the compute.