I have a question regarding how to handle load balancing and zero downtime in case of server crashes for my specific use case.

First I will explain what my system architecture looks like as show in the image bellow: 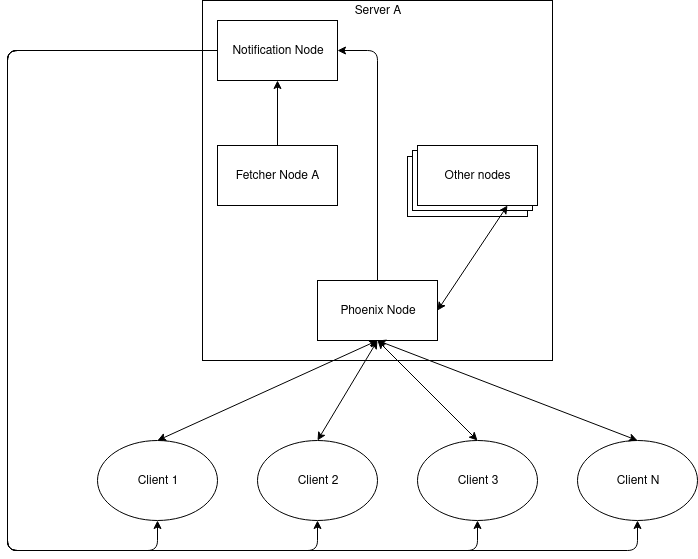 So, my Server A consists in a bunch of elixir nodes, one node is the Phoenix node which my clients can make requests.

The Fetcher node is in charge of connecting to third-party endpoints (via rest and websocket) and fetch new data from them. This new data is processed and will be sent to the Notification node.

Server A is inside one server hardware right now (due to budget constraints), but this is not good since if this hardware goes down for some reason the whole system goes down too. So I was thinking on how could I duplicate this structure inside another server so if one goes down the other is used, something like this: 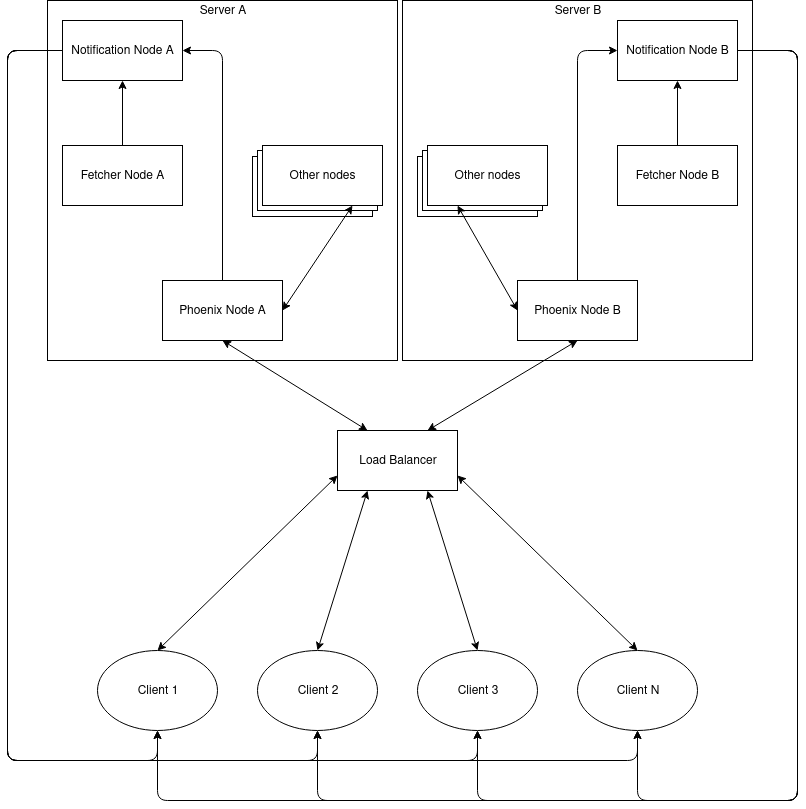 Now I have Server A and Server B, if one goes down the other will still (hopefully) be working. Also, both Fetcher Node A and Fetcher Node B would be connected to the same third-party endpoints, so both will receive the same external data.

The issue that I can see with this approach is in the Notification nodes.

Do you guys have any suggestion of what is the best way to handle these cases in Elixir?

Thanks for the help.

I just found a library called ra from rabbitmq which implements the Raft concensus algorithm.

Seems like a great possible solution for my case. There is a great talk about it here btw: link