Elixir running on bare metal via GRiSP - and hello!

My ne is Igor and I live in Belgium. I have just graduated in CS a few months ago
I was given a chance to start working as a researcher for Prof. Peter Van Roy.
And boy does he know a few things about functional programming. He’s currently
coordinator of an EU H2020 project called LightKone
in which C. Meiklejohn, and some lf you probably know him for all his work.

In LightKone, I study the possibilities
for Self
-adaptive IoT general purpose computers
that combines the work of C. Meiklejohn with
the first embedded system ever that runs truly Erlang on
BARE METAL, It’s called the GRiSP base board
a small set of lightweight Real-Time OS (to some extent)
and years of black magic have allowed them to actually
do it.

What does a #cluster of #IoT
@grisporg
#wireless #sensing #devices with #Lasp #distributed #storage of #CRDTs made by
@cmeik
look like?
@LightKoneH2020
has allowed me to uncover that mystery !

And then comes the even fancier part ! Erlang/Elixir are interoperable, so are
So last year we have been able to demonstrate a live temperature monitorg example. With a
server written in Elixir, fetching sensor data from live bare metal Erlang nodes, and display them
with some aesthetic JavaScript such : 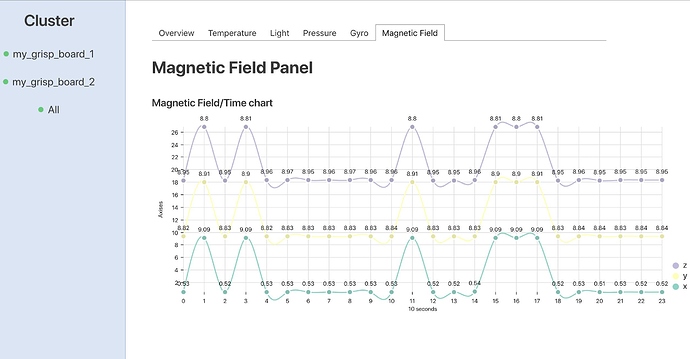 But then only a few millions of problems started showing up, and it leads to think that
IoT devices dissimulate much more practical difficulties in contrast to regular PC/laptops
that never encountered. But I am convinced that it will be achieved !

Anyway, nice to meet tou all

PS : Did I mention that the GRiSP’s can alqso run Elixir on bare metal?
PPS : @theunsbontha actually demonstrated that so I highly recommend to
go check it out, as well as the grisp Wiki that is very helpful

Hi Igor, welcome to the forum

Perhaps when you get a moment you could write up (or point us to) some guides on getting Elixir to work with GRiSP? That would be awesome.

Please also keep us posted on how you get on - feel free to use this thread as some kind of journal, I’m sure lots of others will be interested in your journey too

good luck and well done on everything!!

There was a talk about GRISP on the code beam light in munich last year, which also touches on the topics mentioned above.

Thank you so much for the interest and support !
I have personally made quite few progress in my own project hence there is few things I am able to provide that could be of use to the community, and even less that I can guarantee are correct. Nevertheless everything I have done so far in Erlang, hence directly applicable to Elixir as well can be found here :

Achlys : master branch is as stable as I am able to provide so far, and develop branch is the playground for the current WIP

Thankfully other people have been working very hard and I have very exciting news !

But for those of you that are actually considering participarting in the Kickstarter, it will be as simple as it is now to run Elixir, while more resources will be available. And of course any GRiSP team member will can help you anytime, on their slack or GitHub

And in the worst case where none of them is available, I am always happy to help but I am BAREly a user, while GRiSP team members are actual experts so it is possible that I cannot provide a valid answer to a question, but at least I always try

For those of you interested in getting on board for the GRiSP v2.0 Kickstarter, I just wanted to keep people updated :

Good news ! : 2/3 of the goal of the Kickstarter has been already been reached in only 2 weeks ! And the project has been awarded the “Projects we love” distinction on Kickstarter.

So there might be only a few spots left unless an extended goal is announced but I think that the GRiSP team is already preparing for the official release ! 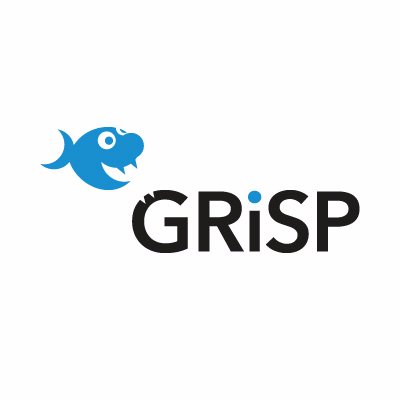 Want to run Erlang or Elixir directly on the CPU on light-weight embedded hardware? Thinking of making an IoT project but want to use a high level language? We've reached 2/3 of our GRiSP 2 Kickstarter backing in just two weeks! Help us get all the way! kickstarter.com/projects/peers…

This is very cool!

A question on how GRiSP and Nerves compare (and in any case awesome that they are both able to run on the new board, by the way):

However, it does have some fancy features like over-the-air software updates.

Yes it does, the Nerves team did an amazing job implementing this feature for example.

GRiSP is (soft) real-time (and work is done right now to investigate the possibility of hard real-time). It does not include a Linux kernel, and does not allow for hot-code or over-the-air updates.

And I think that the WIP is all around TSN Ethernet but one must ask Peer Stritziinger about that for correct information I wouldn’t dare wandering in that area ^^ As for the OTA updates, I actually had volunteered to try to make it work on GRiSP based on the fwup tool from Nerves but couldn’t manage to do anything myself but if I am not mistaken in the GRiSP v2.0, the GRiSP team has partnered with the Nerves one to actually do the job.

Now I am only waiting for a GRiSP v2.0 to appear at my front door to try it out

For those that might be interested, here is a quick update of the Achlys project that I am working on with the Erlang on GRiSP platform using Lasp and Partisan as part of the LightKone Project.

It is a footage that shows a simple way to use the Achlys framework to propagate general purpose computing tasks across a cluster of Grisp boards. Please turn on CCs for further detail during the video.

This was demonstrated as part of my presentation of Achlys at SmartEdge’19, a workshop focused on topics such as wireless edge computing research, as part of the IEEE PerCom 2019 conference in Kyoto that was held earlier this month.