I found it incredibly interesting and it’s given me some good ideas to include in the blog post I want to do (which I hope to write once I’ve finished learning Elixir and Phoenix).

He starts by thanking many respected figures in the programming community, and says many are grey bearded oldies (shows picture of Gandalf), then after saying these people kinda know what they’re talking about, goes on to say: 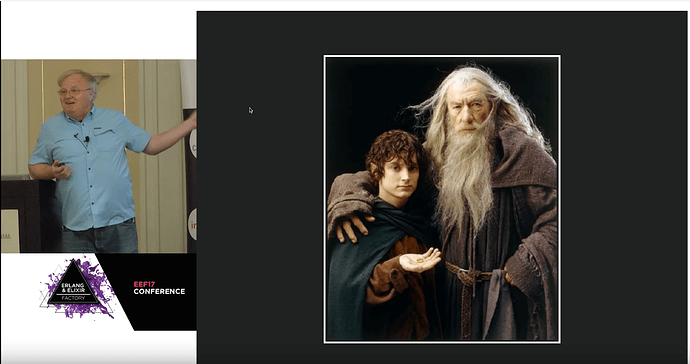 What tends to happen over time is that these old people, get new people come along.

And the problem for the Erlang folks, is that Elixir currently has the ring