Fun with mapping over tuples

During writing some code related to Arrays , I encountered a situation in which I wanted to map a function over a tuple.

).
But in Elixir, we can have the code write itself, with some simple metaprogramming:

I ran a small benchmark on this code, for tuples with up to 20 elements (it would definitely be interesting to run a longer benchmark later).
The results are interesting: It seems that mapping over a tuple is ~30%-50% faster than mapping over a list.
The memory usage (not shown in this picture) is also only 1/4th of that of a list. 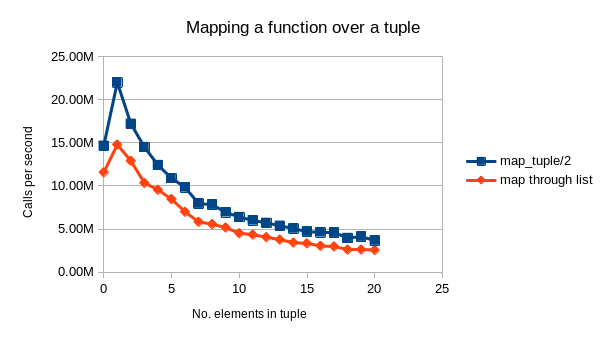 This benchmark is of course not very scientific, but I still thought it was interesting and something that might be nice to share.

I don’t know how frequent it is to map a function over all elements in a tuple, but if someone wants above code could easily be wrapped up in a library. Or even better: changed into a macro which includes a defp-implementation in a module that needs it, which will then guarantee that the tuple-call is inlined.

EDIT: I couldn’t help myself and have run a larger benchmark: 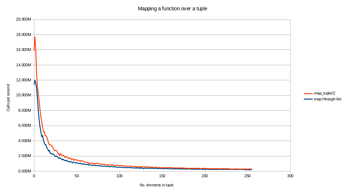 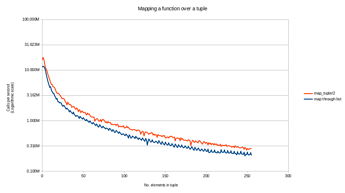