Functional Programming … Erlang is a decent gateway drug and Haskell is definitely the hard stuff.

FutureLearn is running another round of the University of Glasgow MOOC (massive open online course) Functional Programming in Haskell: Supercharge Your Coding starting 2017-09-18.

The course runs for 6 weeks - this is basically the time period during which course participants interact with each other through a content commenting system in order to aid each other’s understanding of the course material.

Course participation and content is available for free for the first 8 weeks - a fee of US$79 is required to extend access beyond that time period - it also unlocks any tests that are necessary to earn a “Certificate of Achievement”.

This course could be of interest to anyone who has some basic understanding of functional programming through working with Elixir (or Functional Programming in Erlang) but wishes to further reinforce their functional programming skills, especially in a statically typed language - even if you have a relatively small chance of using Haskell “in production” in the short term.

See Stack or Haskell Platform for an OSS environment.

On OS X there is also Haskell for Mac IDE - Learn functional programming with Haskell available for purchase (US$24.99) on the App Store (and therefore is sandboxed!)

Haskell Programming from first Principles could serve as a supplement/alternative. See also An Outsider’s Guide to Statically Typed Functional Programming.

Back to the course:

characterise the differences between imperative and functional programming paradigms;

create new algebraic data types and use recursion to define functions that traverse recursive types; and reason in a mathematical manner about data types, functions, recursion and similar functional constructs.

####Learn with developers from the birthplace of Haskell
This course has been created by the School of Computing Science at the University of Glasgow – the virtual birthplace of the Haskell language, where many of its original developers worked. It will give you the opportunity to learn with these experts and join the growing, global community of Haskell programmers.
####What topics will you cover?

I took a couple of Erlang classes with FutureLearn when it was free and the classes were great. A lot of work, but so worthwhile. Then FutureLearn started making you pay to take the tests, and I don’t think the free version is worthwhile anymore. In my opinion, the MOOC concept has gone off the rails. If there was a nominal charge of $5 then that would be palatable, but $84 is waaay too much. The certificate they give you if you pay, which attests to the fact that you “completed” the course is completely worthless because you can cheat all you want, which many people did.

Yes: you pay to unlock the tests that give you the opportunity to get the “Certificate of Achievement” BUT:

So as a learning opportunity it is still free - and you will want to complete it in the first 8 weeks because that is the time when most people will work through it. i.e. you can best interact with the other students (which is kind of the point of a MOOC). 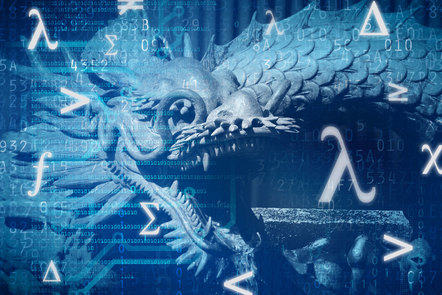 Get an introduction to Haskell, the increasingly popular functional programming language, with this University of Glasgow course.