As you know, Elixir does not have a built-in pprof library. In general Erlang/Elixir has very powerful and diverse profiling tools and as a cultural difference it doesn’t have pprof for observation at least like golang. However, you may not use or support Elixir with tools that use pprof ad-hoc.

I am happy to announce to you this library, in which I try to generate as meaningful pprof as possible using fprof.

Please do not hesitate for any kind of positive or negative criticism and support. I am open to any contribution that wants to provide support on a wider scale. Also, please don’t skip the parts that you think could have been written better on the basis of code

Aim
The observation and profiling culture of erlang and elixir is different from other languages.
Elixir/Erlang runs on a virtual machine (a.k.a beam) and each block of code represents a process.
Erlang provides many tools internally for monitoring abstracted processes and processes dependent functions.
This library produces as meaningful pprof output as possible using the built-in Erlang profiling tools. Thus, it tries to spread the Erlang/Elixir observability with pprof-based ad-hoc profiling tools. 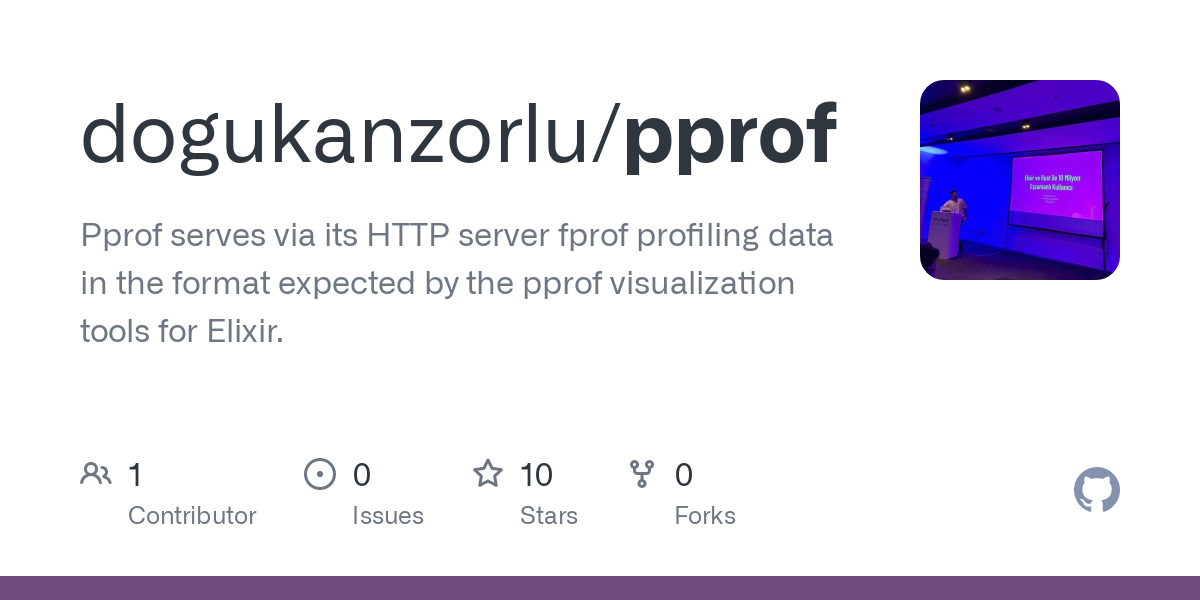