I wanted to get some experience writing libraries in Elixir, so I started a project today called Genex.

Genetic Algorithms in Elixir! Contribute to seanmor5/genex development by creating an account on GitHub.

Genex is a simple library that makes it easy to write Genetic Algorithms in Elixir. All you have to do is specify some parameters, define a few functions, and then run the algorithm.

This library is VERY new (I literally just started it today). So it doesn’t have sufficient tests, documentation, or really much of anything yet. It is NOWHERE near finished.

I was looking for suggestions, tips, ideas, etc. for the rest of the way forward. I know Elixir isn’t really the best language for this stuff, but it’s a fun little project. I’ve had fun messing around solving very basic optimization problems with it.

Let me know what you guys think! If you want to contribute, send me a message!

To anybody following this project:

v0.1.0 was just released and published to Hex.

This version includes a few basic selection, crossover, and mutation methods, a text visualization module, and a Genealogy tree implementation. It has many limitations and many more features are in the works; however, this is a usable working version.

From the start of this project, I understood Elixir and the BEAM are not ideal for this kind of application; however, I am really falling in love with the simplicity Elixir and this Library can offer to these kinds of problems. That being said, I know this library’s performance will likely never rival DEAP or similar implementations in languages like C or Rust; however, I know the performance itself can be improved.

If you check out some of the benchmarks in the Git Repository, you’ll see how hopelessly slow a lot of the evolutionary operators are. I’m considering 3 options for solving this problem:

If you’re writing anything cool with Genex or just playing around - please let me know! I don’t expect this library to be very popular but it’s been a lot of fun to work on

NIFs. My research tells me this is an absolutely ideal use case for NIFs. Essentially, we just need the evolutionary operators (crossover, mutation, selection) implemented as NIFs. The operators just need to perform computation on large lists really fast and return the result. This seems like an ideal use case for NIFs. If anybody has experience writing them in Rust or C, please shoot me a message so we can discuss!

Ideal use-case for Rust (and the Rustler library).

Don’t forget to look at the Matrax or whatever it was called library, it exposes some BLAS NIF functionality!

Interesting project, years ago I played with genetic algorithms and it was quite fun.
I’d also go for the combination with Rust.

If only I had time…

I’ve been making releases basically consistently once a day; however, I’ll be heading back to school tomorrow so the rate of development will slow down a bit. I have some plans for future features, but I won’t be able to commit as much time as I have to it in the coming weeks.

I’ve been making releases basically consistently once a day; however, I’ll be heading back to school tomorrow so the rate of development will slow down a bit. I have some plans for future features, but I won’t be able to commit as much time as I have to it in the coming weeks.

Yeah I relate there, except I work for a college instead of being a student (so done with that well over a decade ago!), we’ve been crazy getting everything ready for the new semester, like everything needed updates… ^.^

Love watching this develop! When I get time I’m planning to experiment, I love genetic algorithms and it’s been years since I’ve messed with it. ^.^

Love watching this develop! When I get time I’m planning to experiment, I love genetic algorithms and it’s been years since I’ve messed with it. ^.^

I appreciate the support! The library has been a lot of fun to mess around with. I’ve had a good time just coming up with examples and playing with the different options. Whenever you do get the chance to experiment, I’d love to hear what you come up with!! 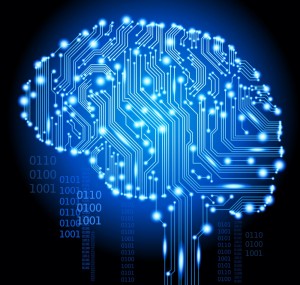 An Elixir implementation of the NEAT algorithm, as described [here](http://nn.cs.utexas.edu/downloads/papers/stanley.ec02.pdf). 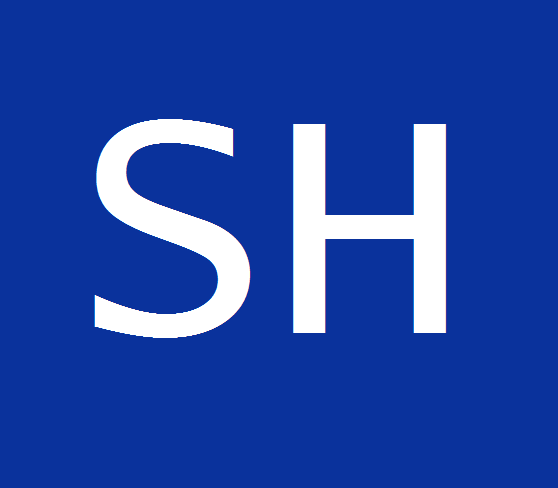 I'm an NC State student and a Rust & Elixir enthusiast. I grew up on Ruby and Java, but I love to learn new languages.

I know it’s just hot air until I actually do it but when/if I find the time I’d like to do a Knapsack example.

Thanks for putting this in here! I’m trying to formulate how I can seamlessly integrate this into my library/if it’s even worth it.

Anybody have any thoughts?

Check out the Knapsack example I just pushed to master. I think it’s got some flaws. The optimal answer is 15 I believe. Let me know if you can improve it!

Also beware that the code might look slightly different as I’m working through some changes with the library right now.

I have submitted a small PR for you to examine the Knapsack problem. It is of course sensitive to the pseudo-random nature of the algorithm and for the test problems it sometimes finds the optimum and others times not.

A quick decision I would like some input on.

I have rewritten the way in which algorithms are configured in the library. The new way allows for configuration outside of the module which in turn supports the ability to configure the same problem with different parameters for easier comparison. The new style is also more “Elixir-y” in that it supports piping configuration options into the run function.

One thing I like about this is that it can help separate the algorithm from the problem definition. I’ve always viewed the implementation module as your definition and encoding of your problem and I believe this style does a better job separating the “how” from the “what.” That being said, this might not always make sense in cases where some parts of the algorithm are included in the implementation module (like a custom crossover method).

Basically, my question is: does it make sense to require configuration be done OUTSIDE of the implementation module rather than inside? Is there room for both configuration styles? Which makes more sense to you?

My preference after playing around with the code is the New Style. There would be a temptation to (falsely) tinker with the basic algorithm parts in order to “tune” a particular problem and tie its formulation too much to the solution approach. Other optimisation libraries keep the problem definition separate from the algorithm chosen to solve that problem.

Hey guys, sorry I haven’t been able to put much time into this library due to school; however, I have a quick announcement and update.

First, I added a new function interactive/2 up on the master branch for creating Interactive Genetic Algorithms. Basically, you call interactive/2 in your fitness_function/1 definition.

The function accepts chromosome and view which is a function for displaying the Chromosome struct. It defaults to IO.inspect.

This came from a paper I read on Web Design Optimization using GAs. Basically, each Chromosome is displayed to a user and THEY determine the fitness based on some arbitrary criteria. In the case of web pages, it was on how appealing the page looked.

This concept was pretty cool to me so I added the functionality to Genex. You can see the example in the examples directory.

I am pushing towards v1.0 slowly but surely. This will include major restructuring of the library and introduce a bunch of new and exciting concepts including Multi-Objective Optimization, Multiple Populations, Customizable Evolutions, different reinsertion strategies, etc. I’m also working on a Web Visualizer of GAs using Phoenix Live View.

I expect v1.0 to be pretty full featured and well-tested when it’s released, and because my time is limited with school, I don’t anticipate it will be out for another month or two.

I plan to use this library for some Academic Research (not just trivial examples like I have been), so expect some pretty cool things in the near future!

If anybody wants to help out, let me know!

Hey everbody, I’m not sure if anybody actually uses this library, but I have a ton of fun developing it and I’ve used it for some research projects too.

Anyway, I’ve just released the beta version of v1.0.0. It’s beta because there’s not much documentation or testing done, but the design of the library will pretty much remain the same. v1.0 has some major breaking changes, but it’s super powerful and I’m really excited about what you can do with Genex right now.

I have a lot of really cool things planned, but my time is pretty off and on with school and other obligations. I plan to start posting about some of the awesome things you can do with Genex soon, time willing.

If anybody wants to see anything in particular added in, or has any questions about the library, please feel free to reach out to me. I hope somebody out there finds some use out of this, if only to mess around and have fun!

I probably already told you this buy I did a genetic algorithm in university for the backpack problem (in Java, don’t laugh that’s all I knew at the time) and it was a ton of fun. I truly think the potential of genetic algorithms has yet to be realized. Thanks for this.