How Best to Use TDD for Random Generation

There is some code that I’m still not good at building out with a process of Test-driven Development. One of those challenges is random content generators.

For example, I used to play a great BBS game called TradeWars. A lot of what made it fun was the way it generated interesting maps. Here’s an image of one: 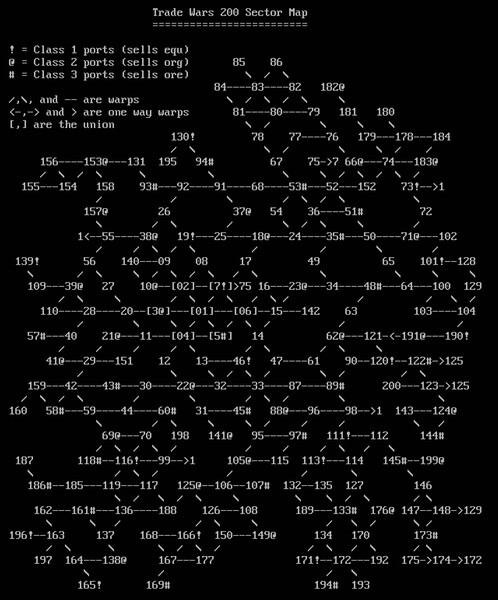 Some neat features of what has been generated are:

I might choose to force some features into every map, like the dense center. Then it makes sense to test for them. But what about things like chokepoints and rings? It’s possible that they wouldn’t randomly form. I guess I could randomly generate maps up to some selected cutoff, until I either find one or give up, but that feels like a super annoying Selenium test that just times out sometimes due to dumb luck.

I could lock a random seed, but that feels like it’s not exercising the generator very much. What if there are some random events that cause it not to reach the configured number of desired sectors? I wouldn’t find bugs like that I only ever checked known good inputs.

My instincts are to build a visualizer and just look at what it spits out until I have what I like. However, I’m really interested in challenging myself to see if I could use TDD to construct the code without this cheat.

Any thoughts are appreciated. Thanks in advance!

Not an expert, but I think this might get easier if you switch from “a map has a 1/N chance of having X” to “at least 1 map out of N will have X”. So you’d generate a sequence of expected predicates (1 * “has X” + (N - 1) * “does not have X”) and then do a random shuffle. You’d need some state to keep track of when you need to generate a new sequence.

The starting point of TDD is to write a test that fails. Then you fix it. Then you make the code nicer.

So what would be your failing test in this case? To generate a map and not see one of the random features you’re expecting? However, if they’re generated at random, there’s no way to know that they should appear when you run the test.

The only simple way I can think of to fix your expectations is to mock your random number generator. Think of a super-simplified example where you have a function that has to return “A” 10% of the times, and “B” 90% of the times. This function will generate a random number between 0 and 1 and produce “A” if the number is less than 0.1, “B” otherwise. By mocking the random number generator and forcing it to return (for example) 0.09 you can fix the expectations and write a failing test, which you then can fix.

You’re not stressing the random number generator in this way, true. You’re assuming it will work, but your whole application is built on that assumption, so it’s fine.

The right testing approach is probably finer-grained, focused on testing the pieces that work together to generate a whole map. For instance, that map looks like it’s generated with a Monte Carlo process similar to crystal growth - something like:

Most of the above steps are deterministic, other than picking the random location and making the final decision to keep or reject the addition. In particular, the “energy” function is a pure function of the configuration - and it’s where most of the complexity lives. In the case of physical crystals, it’s where all the science lives!

One way to ensure larger structures are generated in this kind of model would be to consider bigger “chunks” as individual parts to be randomly added - compare crystallizing a protein versus a pure element.

A newer method (that TradeWars likely doesn’t use because it wasn’t invented yet) is called “wavefunction collapse”:

I’ve been experimenting a lot with constraint-based procedural generation these days. Specifically the Wave Function Collapse algorithm (WFC). I’ve even made my own open source library,…

I found this paper which recommends a three pronged approach:

2 and 3 are pretty clever. I like how they lean into the randomness and just try to cover a bigger portion of possibilities with the tests.

1 is basically the exercise left to the implementor. I do like the idea of writing tests for all the things I know to be true. It doesn’t allow for things that might be present, of course. Maybe there’s a lesson there though. If you really want something in there, the algorithm should probably enforce it.