How to build a stall monitor?

Hold on, don’t roll your eyes yet, this is not a troll post!

After watching Building a Smart Sprinkler Controller with Nerves - Todd Resudek I was rather fascinated.

One of the many things I found interesting was the stall monitor. Yes, you got it right. Now Todd jokes that it was a solution to a real life problem (nature calls, people have to go so on so on) but I feel that in my company we have a similar problem - too many people and only 1 bathroom.

So I would like to learn more on how to build such a device. It would have to use a small battery and be inexpensive (I guess such devices are not that expensive right?) and I would have something cool to show for it.

Having in mind I never really worked with hardware, where would I start? Where could I get help?

The Arduino community has produced a lot of beginner-oriented documentation; an example Google turned up is this from Adafruit:

There’s also this, which presents one possible solution to your monitoring conundrum: 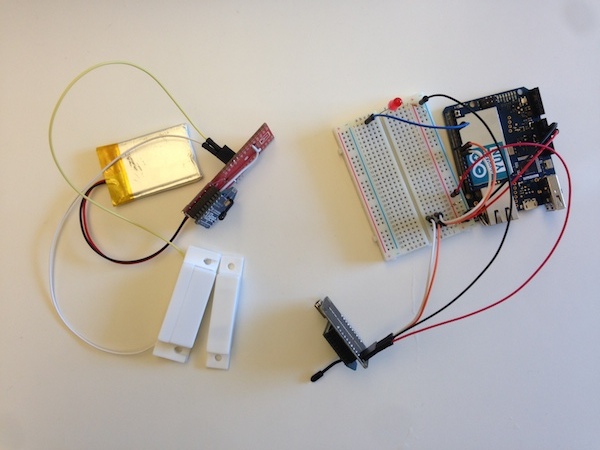 We wanted an indicator, visible throughout our Boston office, that informs whether a bathroom is available. We used the power of hardware to hack together a solution.