How to create a sandbox to run untrusted code/modules?

I would like to create a server that allows other users to run white-listed functions. It would be nice if the untrusted code were packaged as hex packages.

The use case is to allow users to run plugins to a framework in a shared server environment.

I’ve seen some existing implementations/experiments of this in Elixir.

What would be the most thorough approach be to run untrusted Elixir code?

Is there a sandbox mode in Elixir? Questions / Help

, Haven’t check much yet, just want to get a guide or idea. (Edited in from title: Can Elixir create something like sandbox mode. so that I can let other send elixir code compute on my system then get result but limit by my limit resource) 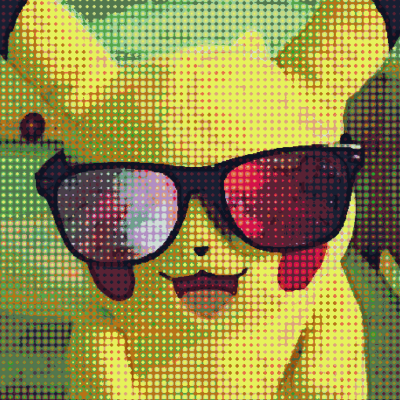 A configurable sandbox library for Elixir. Contribute to christhekeele/exbox development by creating an account on GitHub.

Why not let them run an embedded language, like LUA?

FWIW I stopped researching exbox because the people interested it gave up on in-language sandboxes for their project and switched to Docker to run untrusted code.

I’m currently the impression this could/should be done by limiting the available functions at compile time and would require modifying the elixir compiler to restrict specific modules.

The only sure of way running untrusted code seems to be using docker.

you can construct function calls dynamically at runtime. i don’t think it’s possible to sandbox elixir/erlang code without modifying the vm

There are extremely many ways to call a function - in a lot of places you can pass {module, function, arguments} tuples, you can create atoms at runtime in many ways as well. I don’t see a viable way of filtering this.

OS-process-level sandboxing is definitely a much better idea.

I know i am a Cassandra at that point and that i mess a bit with the whole fun thing.

Exactly this! Docker is NOT a sandbox, it is pretty trivial to ‘break out of it’, and it is designed for process segmentation, not sandboxing, and the developers are upfront about that. Anyone using docker to sandbox has a ticking time-bomb…

SmartOS Zones would be a good sandbox though. FreeBSD Jails, they ‘mostly’ work, but they can be broken out of with relative ease now too. I’d still say just support lua or something, not elixir.

Also, found one elixir lua impementation (not sure if this is sandboxed though): 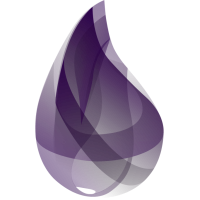 Lua for Elixir. Contribute to dryex/exlua development by creating an account on GitHub.

There are a lot of LUA implementations for the BEAM:

EDIT: It would be fun to build a new simple safe scripting language on Elixir though, not hard to do. ^.^

Thank you for all the advice.

What would a “simple safe scripting language on Elixir” look like to you? Would this also use ports? Implemented in C?

What would a “simple safe scripting language on Elixir” look like to you? Would this also use ports? Implemented in C?

I’d personally would use either luerl or actual LUA through a PORT, depending on the feature-set I needed.

If I were to make a new scripting language, it would probably be SML-like, probably just implemented in elixir itself… ^.^

It is basically impossible to sandbox an erlang/elixir system if you allow it to run untested code, especially if you allow loading already compiled code. You *could* interpret erlang/elixir code but it would have to be very limiting but it is still possible to get around this. If you want to run the code within the erlang/elxixir system then the only safe way is to interpret/run another language where you can control how it interacts with the system outside it. Like for example running Lua either with luerl.

Another way would be to run a “safe” language/system outside erlang/elixir. Or perhaps best of all run a special system inside a DMZ.

Exactly this! Docker is NOT a sandbox, it is pretty trivial to ‘break out of it’, and it is designed for process segmentation, not sandboxing, and the developers are upfront about that. Anyone using docker to sandbox has a ticking time-bomb…

I know of people who use LXC to run untrusted code in a sandbox instead. How safe is this?

I know of people who use LXC to run untrusted code in a sandbox instead. How safe is this?

Better than docker, but still not secure as it is possible to talk across kernel bounds, and it still has overhead compared to, say, Illumos’s Containers.

Thanks for clarifying. I was always under the impression that using Docker provided secure isolation if the process inside the container was running with a non root user. There are many posts which talk about creating a standard non sudo user in the container and then running the container process with that user:

Is this approach not secure?

I just created an account with Joyent (https://www.joyent.com/smartos) to play around with smartos containers (Had no idea they existed

No it is not secure. The simplest to explain escape is the following escape : escape the container limits and then the only “security” you have is the one provided… by the user system. And you are back to just normal linux kernel security in the whole box.

Even LXC is not that good, and i would not advise to use it before another couple years to clean a bit the code.

Docker is good at writing dockerfiles and as a build tool. It is not a really good production environment. In general Linux is not the best environment for containers right now.

About SmartOS : you can run your docker container here and it will be secure, due to using Zones. They use the Docker Remote API.

It is basically impossible to sandbox an erlang/elixir system if you allow it to run untested code, especially if you allow loading already compiled code.

I’m curious why the following approach may not work: suppose you forked elixir and removed any modules that might run or load untrusted code like File, eval, IO, compile, etc. Assuming you compiled code with only this compiler, might this be an effective way to sandbox?

A popular article on hacker news today is another person looking to run multi-tenant code:

Unfortunately, from what I’ve seen, no technology ticks all the boxes for my use case. I’m still looking for an audited, lightweight, easy to use sandbox, geared for running multi-tenant code.