How to Node.connect to a node spun up by edeliver/distilery?

I’ve been having an issue connecting to a remove node.

I’m currently using edeliver to deploy to my server and noticed that it (“edeliver”) rewrites the vm.args on every mix edeliver restart|start|stop

I’m also noticing that I can’t find a way to set the name in vm.args via /rel/config.exs or /.deliver/config

And as one last opservation I noticed that there is a discrepancy in the vm.args cookies vs ~/.erlang.cookie
In this case which cookie should I be using?

It would look as if using --name when starting up my local iex addresses the error but does not address the connection problem. I get false now rather than an error + false.

I guess thats a step in the right direction.

So that being said I cant tell what port I need to open.

It randomizes ports, you need to constrain it to a range. Here’s a mailing list thread about it:
http://erlang.org/pipermail/erlang-questions/2006-May/020564.html

The new Adopting Elixir book has an example of limiting the port and even removing epmd completely if you have that handy and want to go that far.

However, in the bigger picture, why are you Node.connecting through a firewall? Normally this is used for multiple nodes in a cluster, and I’d generally hope they’re nearby, even on the same subnet. If you want to connect your local machine to a production machine, then you probably want a remote console or a hidden node and not a full node in the mesh.

Welp thats a bummer, I opened my ip to allow for any connection from my source and I no longer see the logs showing me being fire walled but I’m still getting false as a return

I’m really just trying to console into a production box with out shutting down the node thats running.

Is there a better way?

Only while on the same box and only when using 127.0.01 as per node name can I successfully connect

So does that mean if I want to connect from a different subnet do I have to set the node name to explicitly have the external ip address? if so I guess I will need to figure out how I can set the node name from edeliver

Ok I think I maybe going about this all the wrong way.

Does this allow for me to interact with an already running node on a different box?

I wish I had a quick and easy solution. I’ve faced your difficulties, but I’ve not delved into the details I’ve seen in some blogs (and now books) to make it clean. You can set the nodename in distillery, which should be covered well in its hexdocs. I have settled for ssh-ing to the server in question and running bin/myappname remote_console to use the distillery script to connect a hidden beam node to the production vm.

Well thanks for the help. I’ve narrowed it down to that I need explicitly set the node name to have an external ip rather than localhost or 127.0.0.1 if I want to remsh into from an external address. I guess I should look at ssh forwarding I think I seen a blog or two about that.

Whooohooo, ssh port-forwarding for the win!!
Thank you Erich Kist!
This is what I’ve been trying to do all day 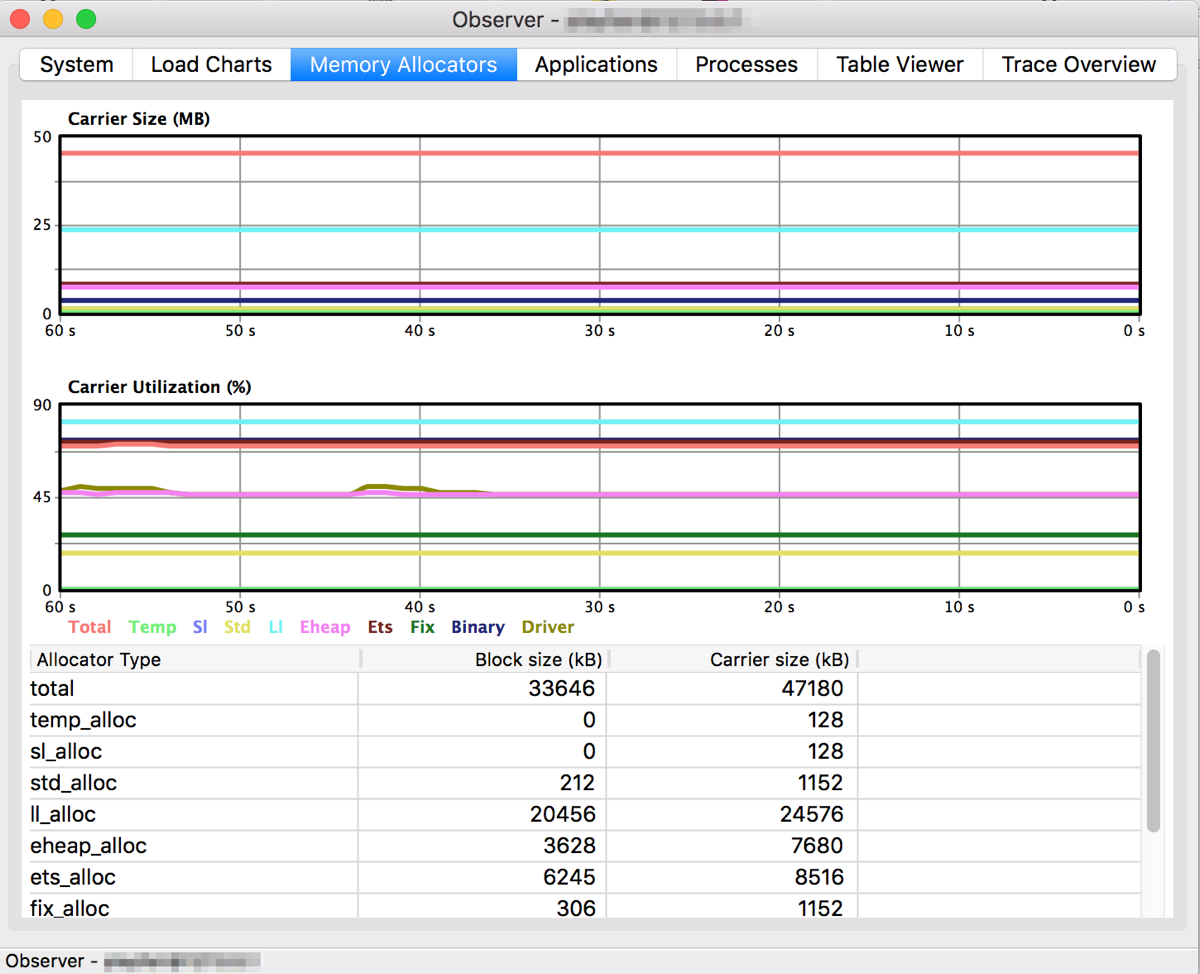 Tracing and observing your remote node

Today we will continue exploring techniques for debugging and tracing Elixir code that are so important for running and understanding production systems. In the past, we have discussed: how to debug your application how to trace systems with...

If the name of a node is it’s IP, it will only bind to exactly this IP. So you need to be sure you can reach that IP from your current network. Things are easier when you use actual resolvable hostnames.