I struggled to find people interested in Elixir in my city (Oslo), so I took the initiative to create a local meetup group. To my great surprise, new members started pouring in. I also got contacted by a couple of companies who were willing to sponsor our meetups (sometimes). 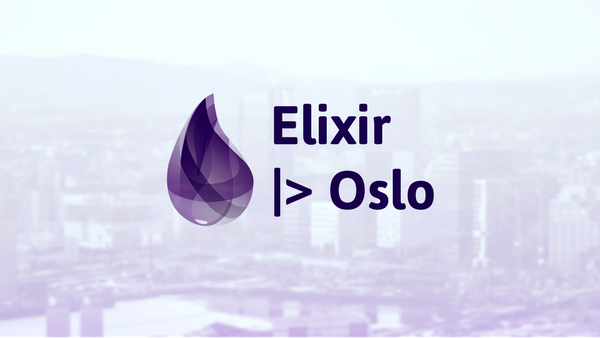 Meet with other software developers in your area who are interested in learning how to create highly concurrent, distributed and fault-tolerant systems. We exchange knowledge, experience and ideas wit

The group now has 78 members. 23 people showed up to our first meetup, which I would say was a great success. A local company presented how they use Elixir in production.

I want to keep the momentum. Unfortunately, I don’t have sufficient knowledge and experience to give talks myself on a regular basis, and it’s difficult to find speakers in Oslo.

Does anyone have some suggestions as to how which kind of activities that might be suitable in this context, where most members (myself included) are very new to Elixir?

I’m considering some kind of hackathon/exploration meetups or even just social meetups for people with similar interest to make connections and get to know each other.

Any advice our input is greatly be appreciated.

We’ve started a meetup in Malmö and we’re in a similar position. We’re trying to solve it by focusing on member generated content. At the end of the last meetup, a bunch of us mentioned things that we were interested in, and that we were willing to explore and then talk about at the next one. So not proper talks, but more like “show and tell”. People volunteered to talk about stuff like Nerves and LiveView. I hope this will work!

We’re also trying to make sure that there’s at least one thing on the agenda aimed at people with little to no Elixir experience. I don’t believe we can afford to do too much advanced stuff, there’s just not enough people working on Elixir here. Not that I’d want to scare away curious people even if there were. I think you could probably do 30 minutes per meetup just going through the Elixir Getting Started guide, chapter by chapter, using live code examples.

But we’re still also very much figuring this out. We should share ideas for talks and projects in the future!

We’re trying to solve it by focusing on member generated content. At the end of the last meetup, a bunch of us mentioned things that we were interested in, and that we were willing to explore and then talk about at the next one.

That’s a great idea—To solicit ideas from the group members themselves. I will try that at the end of our next meetup and let you know how it goes.

I wrote up my experiences running the Berlin Ruby User Group + some other thoughts and ideas a while ago which should be helpful: https://pragtob.wordpress.com/category/meetups/

Also thanks for running meetups both of you!

Thanks for taking the time to write up those posts! They will be very useful.

I have an idea

Why not tap into the vast resource of talks already out there, and so instead of giving talks (which not everyone is comfortable doing) but why not get one member to pick an existing talk per meet-up, watch it and research the topic beforehand, and then the whole group watches it at the next meet up on a big screen …and then you discuss it afterwards?

Thanks, @AstonJ! I like the idea of watching a talk together and then having a conversation about it afterwards. I’ve never seen anything like that so far. Could be interesting to try.