This was the first ever specifically programming-related event I have attended, but I’ve been to a LOT of conferences in my time (I even worked in the industry) and I have to say that this is a very welcoming and friendly community.

For my skill-level there were enough accessible talks with even the more lower-level/complex ones still containing plenty of value for me - I think my favorite was It’s a Live(book). Not only was it well put together, it opened my eyes to how I could make good use of livebook with my own work.

One of the more entertaining keynotes was, Sonic Pi - Past, Present & Future and to top it off the speaker (Sam Aaron) did a live-code DJ session at the end of day one (you can see what he’s up to with Sonic Pi, here: https://sonic-pi.net/ - definitely worth a look).

The key takeaway for me was to get to know the Elixir community and the encompassing industry a lot better but there were certainly more salient points, such as the talk on types in José’s keynote (lots of that both on and off stage), but I do not feel I could do the topic justice.

Did any one else go? What were your key takeaways, if any?

I did participate virtually, my first Elixir conference… well, my first programming conference

I did enjoy the talk about Evision, or how to bring OpenCV to Elixir, probably because I still delegate to Python this kind of work.

And many other more…

This was also nice to see the direction the language is taking.

It was my first too

. Sadly I missed most of the second day but I’ll catch up on the weekend.

I enjoyed José telling people to get stuffed you’re not getting static typing, but maybe if you’re lucky you might get set theoretic types.

I found a couple of photos from the event that I think are okay to post (i.e. they don’t include anyone/thing that’s not already been featured elsewhere)

The Elixir timeline board - attendees were invited to add their own timeline events to the board with some choosing to add polaroids. 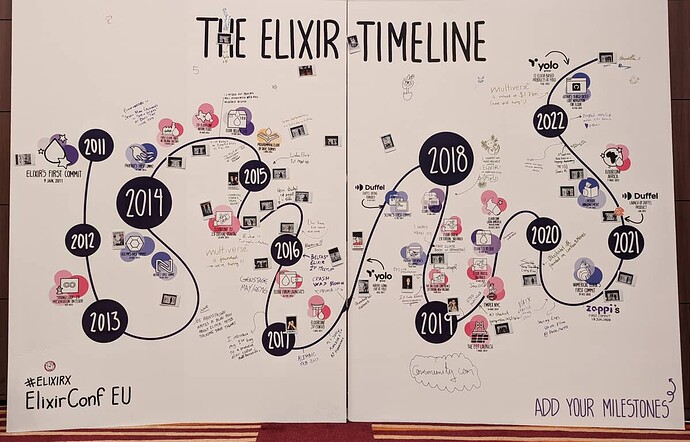 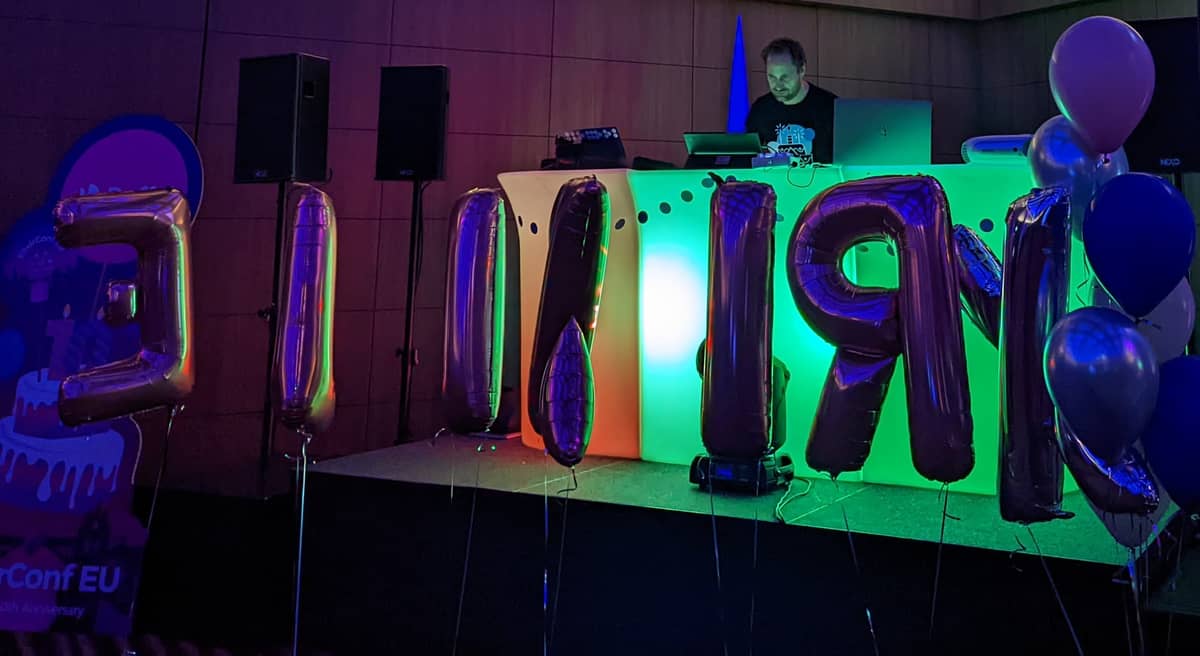 It was super nice to be able to visit a physical conference again. For me (and I believe quite a few others as well), it was difficult to spend this much time on-end socializing after not seeing anyone for so long. It was very exhausting. However, it was also very gratifying!
Great to see old friends again, as well as meeting many cool new people.

Also nice was that a group of us decided to go for a run on the Friday morning. That way, we were able to see some of the nice parks in London while also being a nice way to wake up and having some time to have some more in-depth conversations. I would very much recommend doing this at other conferences also!

It was an absolute honor to speak about TypeCheck, and it was great to be able to exchange ideas with so many clever people at the conference.

See you next year in Lissabon!

Unfortunately I missed the conference and I could not find the videos online, do you know if the sessions were recorded or not? And if sessions are recorded are they available on youtube?

Also nice was that a group of us decided to go for a run on the Friday morning. That way, we were able to see some of the nice parks in London while also being a nice way to wake up and having some time to have some more in-depth conversations. I would very much recommend doing this at other conferences also!

Will have to remember to bring some shorts next time

What I have understood from the organizers, is that they release the videos one-by-one through the Code Sync YouTube channel. However, each of the talks first needs to go through an editing process, and this takes time (and not all talks can be edited at the same time). Usually one of the talks is released every few days. However, for a large conference like ElixirConf.EU this might still mean that it takes a couple of months until all talks have become available.