Took a couple tries to get it right, and according to @ericmj , I may have found an Elixir compiler bug along the way

(planning to try and create a slightly more mininal reproduction than my yanked hex package and open an issue soon, but I guess I’ll just fallback on the version 0.1.2 which repros it/if anyone is interested in looking at).

This relies on the latest 0.2.7 version of PheonixLiveDashboard with the hook of mine that got merged in and released last week.

The dev environment for the project doesn’t work properly yet (there’s a branch I’m working on it in, meant to work via mix dev but server doesn’t seem to be running properly, in branch dev_env if anyone is interested in helping me debug it) but for now there’s a demo project here that should just work get a sample of it in action: 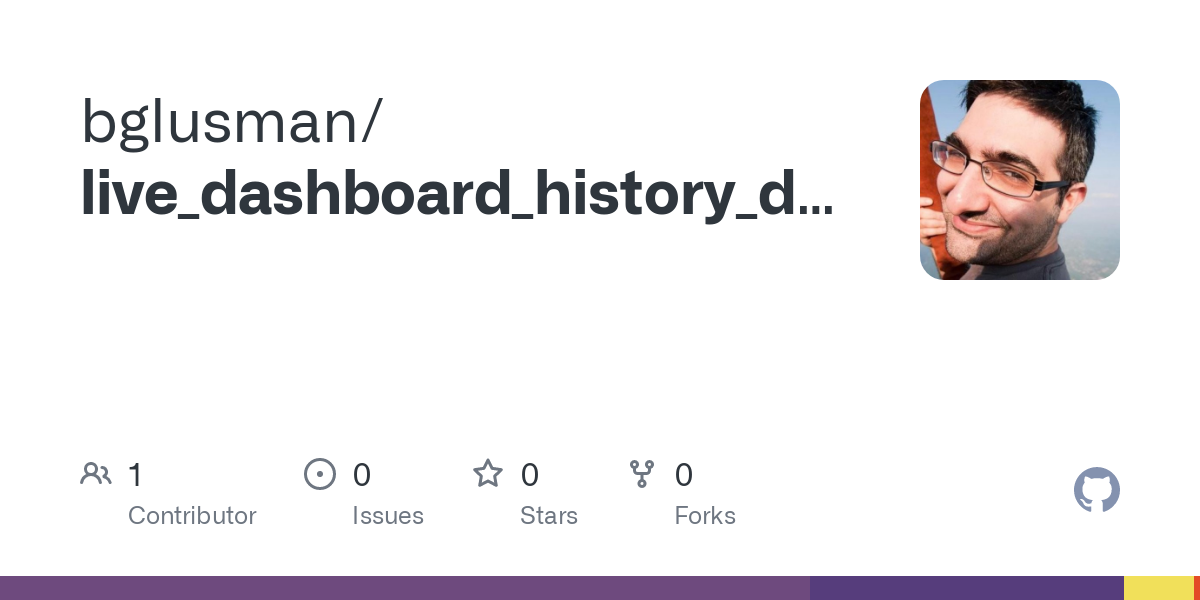 Contribute to bglusman/live_dashboard_history_demo development by creating an account on GitHub.

elixir-companies.com WAS a working demo, but something in the live_view update there seems to have broken it there in some special way, so I need to get around to fixing that at some point!

Hope people find useful, and let me know if I can help with anything/anyone sees any issues!