Run into an interesting one today whilst testing an in-development site: LiveView seems to be completely toast in Safari on iOS 14.2. None of the form interactions makes it to the server (viewing the live logs from mix phx.server)

Now, it’s almost certainly an Apple/iOS/Safari bug but has anyone else run into this yet?

I’ll test on my wife’s phone when she gets home and see whether it’s an “iPhone issue” or an “iOS 14.2 issue”.

Turns out 14.2 turns on “Block All Cookies” by default

Turns out 14.2 turns on “Block All Cookies” by default 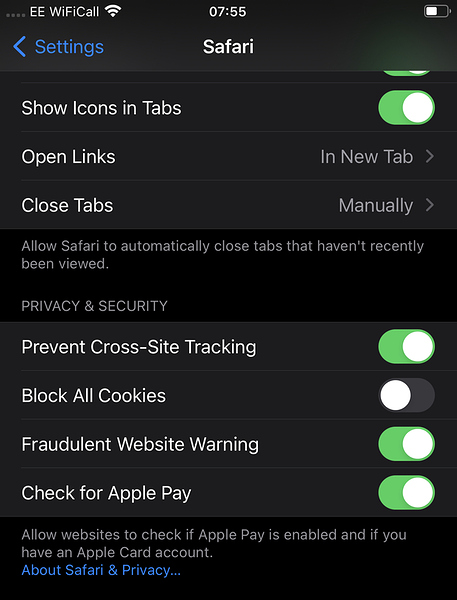 No, mine had “Block All Cookies” after the update. May have been something to do with being on developer profile and then uninstalling it.