Looking for open source project to help / learn on

I’ve been learning Elixir for a while now, and have used Phoenix to build a few simple apps, but feel like I’m not really breaking out of “tutorial-mode” where I’m either just following guides, or doing really trivial stuff.

I think trying to get to grips with a project that other, more experienced Elixir developers are working on too could really help get me past this plateau I seem to be stuck on. If there are any open source projects around that I could help on, whilst learning, I’d be really interested in getting stuck in!

In terms of my history, I’ve built reasonably complex apps before with Node/JS, but Elixir and it’s best practises are obviously very different. I’ve never contributed to OS before either, so that might be a learning curve, but I feel that OS has given me such a leg-up in these early years of my career, that I’d like to start trying to contribute back to it if I can.

So anyone need an extra set of hands on a project?

Have a look here Jamie:

Introduction After some discussion with a few other members we thought it might be an idea to start a thread where we can post about libraries or tools that we feel are missing. We could also use the thread to organise ourselves into working on any that we might want to get involved with. We’ll try to keep this first post updated with any projects that get started as a result of the discussions here, with a name of those participating and a link to the github repo

Thanks very much! That’s exactly the sort of list I was after!

You are very welcome to join Drab.

@jdumont depending on whether you’re more interested in Elixir libraries or contributing to/working on a large Phoenix code base, my side project is looking for help growing beyond single-maintainer and adding/changing some features based on live tests with first real world users as well as growing to multiple locations/organizations. It’s a nice social-good/pro-bono application that helps me feel good about some of what I do with my open source time anyway!

It’s a tool for small to medium size pantry programs/food banks, to help give food recipients choice in what they receive while following USDA guidelines about balanced diets etc.

The code is currently hosted here https://github.com/MasbiaSoupKitchenNetwork/open_pantry (may move to its own github org, I know the org name now is a mouthful) and people can see a demo of the production app (such as it is) in “guest user” mode with no ability to take actions here open-pantry.herokuapp.com/en/food_selections (will probably move domain to openpantry.io when we get around to it, help welcome but low priority). Drop me a line if you need help getting set up (there’s a branch that I want one person to use successfully before I merge in, removing a postgis requirement that I stupidly put in while prototyping in early days, so anyone setting up on that branch and reporting success or issues would be welcome)

Oooo I didn’t know bors-ng is an Elixir project! That is awesome! I use that thing!

Cool! What for? Maybe @jdumont would want to contribute to that

I mean what repos?

You might want to look at some of my elixir libraries, some of them are looking for maintainers (I’m not abandoning them, just want some help with handling issues/PRs as I’ll be likely be in a months-long trip by the end of year and then will be back). So If you find something interesting to you, you are more than welcome to be part of it.

Wow, a lot of offers there. I’ll have a look through and see what most takes my fancy. I hadn’t given much thought to the type of project I’d like to work on, so it’ll be interesting to check out each of the options.

Thanks all! Very much appreciate your input! 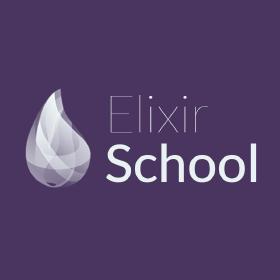 Elixir School is the premier destination for people looking to learn and master the Elixir programming language. - Elixir School