Morning! We noticed that if you got a map and you try to use a non-existing key, you will receive an:

So we can use this:

The question is:
Is it the same performance on runtime? There is some way to measure that?

In these situations I like to turn to Benchee, it’s a great tool for answering these questions. 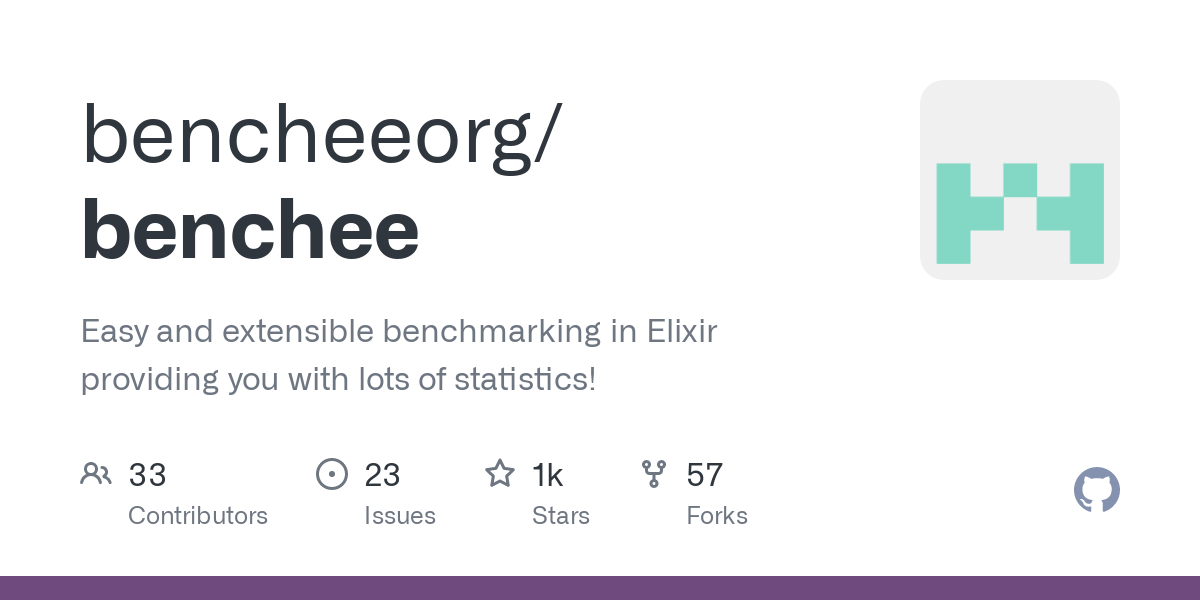 just a note (i haven’t done the benchmark)

test[:foo] and Map.has_key?(map, :foo) are not used for the same reason in my opinion.

In the first case, you also need to check if test[:foo] is nil or not in order to determine if the map has the key
I would benchmark Map.get/2 instead of Map.has_key?/2 if i wanted to compare with test[:foo]

So we can use this:

Nitpick: these aren’t quite the same thing if your input map can have nils as values:

You are right, but this real case is a parameter received on a component, so if the key is not present I set a default, and so on. I won’t ever pass the key => nil parameter to this component.

So, I’ve tested these:

Thanks for this tool @Ipil, maybe in this case can sound exaggerated but could be very useful in other situations.

You could benchmark against pattern matching too.

You are right, but this real case is a parameter received on a component, so if the key is not present I set a default, and so on. I won’t ever pass the key => nil parameter to this component.

I think you’re talking about the assigns, if so this is exactly what assign_new/3 is for

Also while we are benchmarking (which I love), I think it’s worth pointing out that you do not need to IO.puts anything in your benchmarks. You don’t really need the case either, you’re just testing map[:foo] vs. Map.has_key?(:foo), otherwise the tests are equivalent so you can strip out the rest and just test the functions you care about, e.g. fn -> map[:foo] end. On my machine the code runs >50 times faster after stripping out the IO.

Finally in my tests Map.get/2 beat both of these comfortably so you may consider adding that to your benchmarks. Happy benchmarking!

Sorry about the delay. I made some time to test the pattern matching 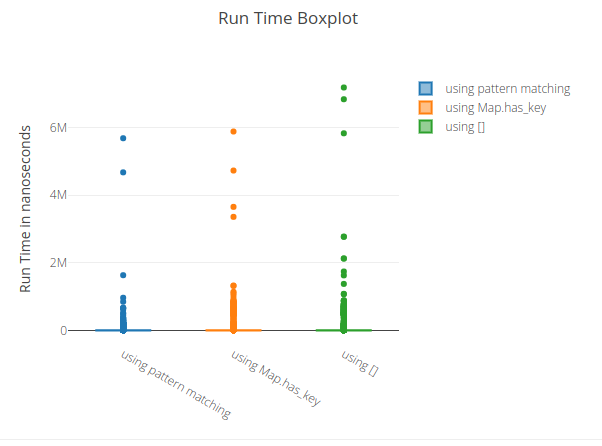