I managed to crash :observer, which ended up crashing my development server. I’m not sure where to report this. Please direct me to the correct location. In any case, here’s what I did: 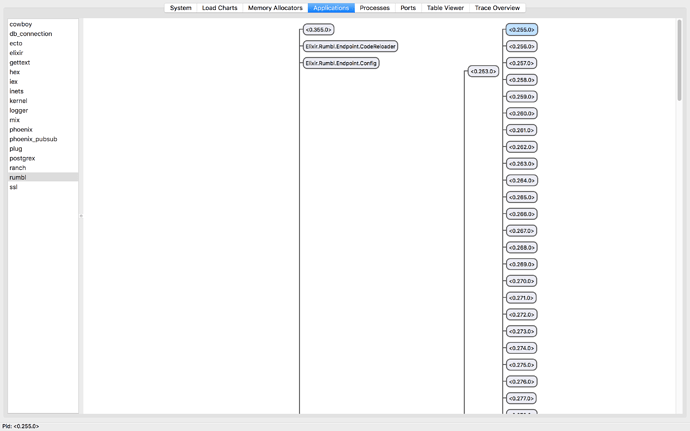 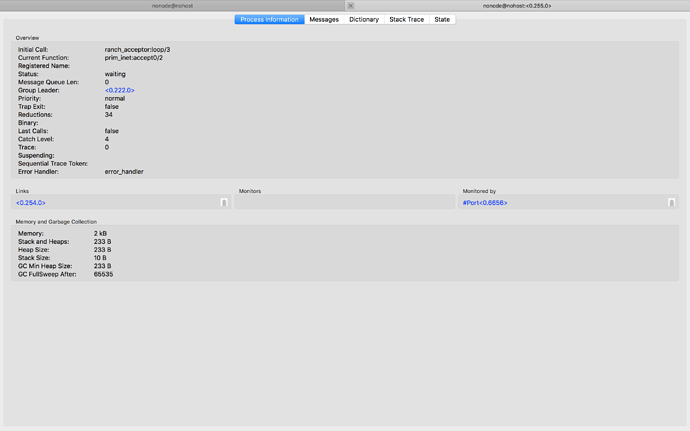 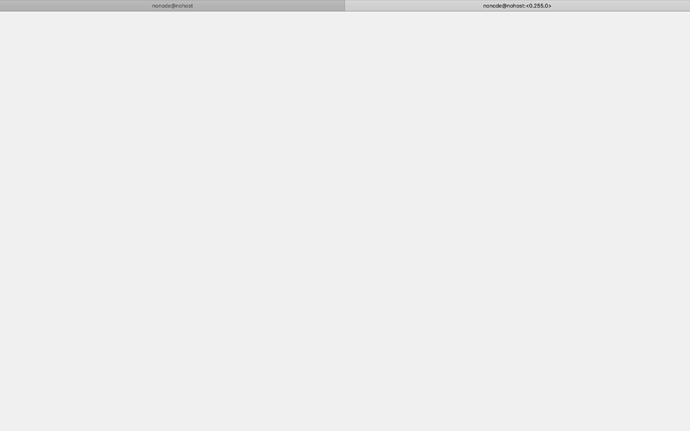 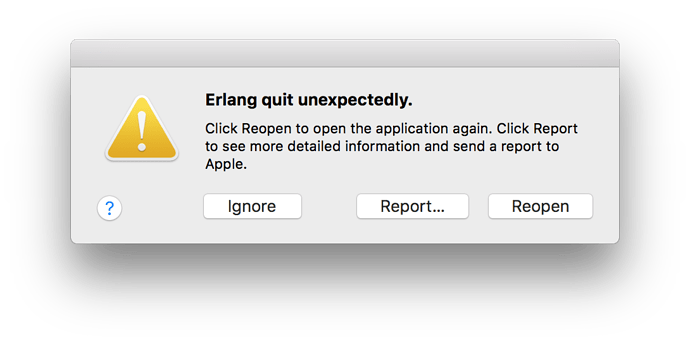 Been having this too. I managed to recreate this just by steps 1, 2, 3, double click on any process–step 6 (I’ve tried on my Elixir.MyApp.Endpoint.Config), 7, 8, 9. Basically what you did without fullscreen and specific process.

The output of my terminal:

Funny thing is, I find that the trigger is doing step 7 and 8 consecutively. The solution (?) is: after you click on X, with the tab still there, lose focus of the Observer window (by clicking on other parts of your desktop, another app’s window, or just via Cmd+Tab switch tabs). It’ll disappear after. Just don’t click the close button twice.

I can even reproduce it with Erlang shell

I think this should go to https://bugs.erlang.org but it’s kind of too involved to post issues I don’t know where to start

It’s the NIF interface to the underlying wx graphic libraries. This is exactly why NIF’s can be dangerous.

Make sure you’ve run brew update to get the latest libraries. Once I did that things became more stable.

Not a solution to your problem but I found it useful to prevent crashing an important node when Observer occasionally crashes is to run it on a different node.

This method is also the production safe way of using Observer.

Oh, there is one thing I forgot to mention. There are alternatives. https://github.com/zhongwencool/observer_cli is observer, reimplemented not to use GUI.

From my experience, observer crashes when there is a UI bug like when you click around, resize it etc.

The CLI version is extra dependency, yeah, but on the oher hand it works great over SSH. X11 over SSH is quite painful.

An update for 2020: most folks having Phoenix apps probably want to use Phoenix LiveDahshboard https://github.com/phoenixframework/phoenix_live_dashboard instead