I currently implemented mouse position input and display. position data from Driver passes to ViewPort and to Scene to add graph of mouse pointer. The mouse graph(arrow) pass through ViewPort and Driver, then it is rendered as a position arrow.
However, this has two problems. 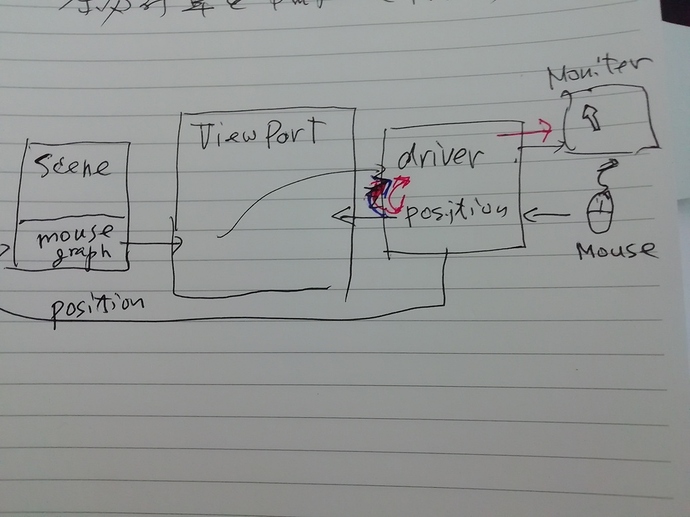 (although the cursor isn’t noted in the upgrade guide currently, but I just created a PR to add it)