I would like to introduce Photon, I have been using it in private for about 6 months and I feel its ready for its first release now. If fixes my current problems of having so many different webserver/webrequest/websocket/etc specs, implementations and libraries.

Photon is not an application but instead a library to make it very easy to build/parse HTTP request/response, use websockets, make connections and more.

You need to implement your own server (or client) but an example server is provided. Example is a little chunky but provides nearly full control for everything going on, no magic no problems.

(lmao) allows you to peek at the data on a socket using the sockets module before deciding how to proceed. Its very useful for DDOS mitigation or multiplexing protocols over 1 port.

Let me know if this is useful to you or what you think, thanks. 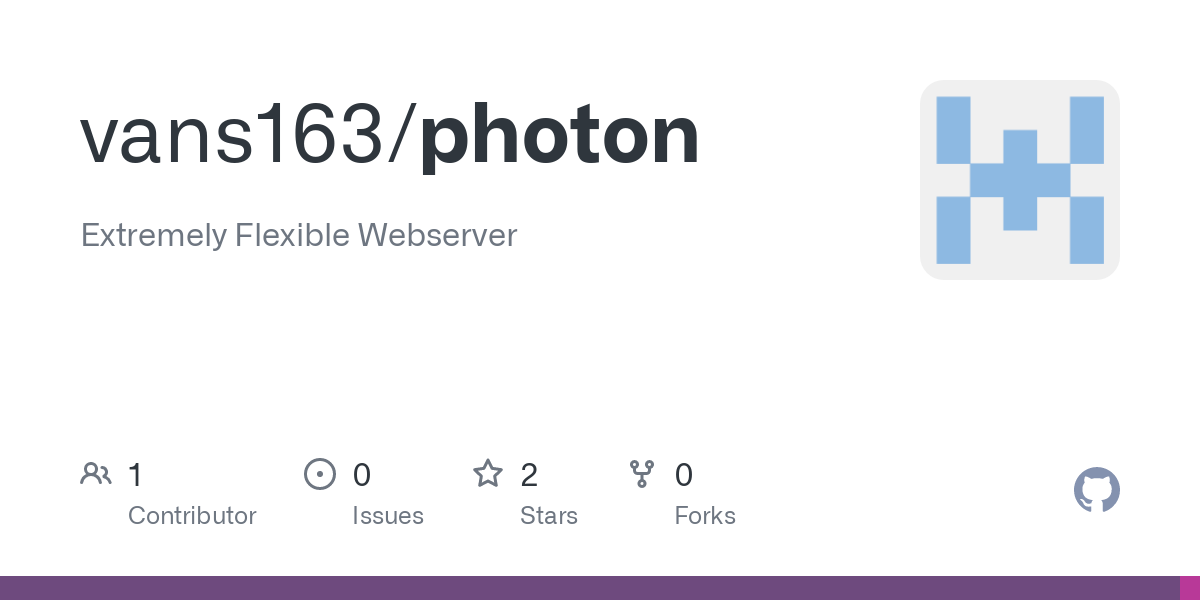 Extremely Flexible Webserver. Contribute to vans163/photon development by creating an account on GitHub.