Hi folks. I am thinking to buy a drone and have some fun flying it, and being an engineer, I of course thought about writing code for it. That would be pretty cool to write code for a specific task a drone can do.

I think Elixir could fit quite well in the task. The question is - are there already some commercial drones that let you code in Elixir? Or maybe it’s possible to build a drone from scratch? Does anyone have experience with writing software for drones?

I have not used GitHub - chrismccord/ex_copter: Elixir client for the Parrot AR 2.0 Quadcopter, seems related.

That’s cool. But sadly, the reviews say the Parrot copter is not compatible anymore with new iOS devices.

I’m wondering, what does a drone need to support to be able to talk with Elixir (or any language)? What should I be looking for? Maybe there’s some sort of open standard?

It has a Python SDK, and there is a way how to call Python code from Elixir, if I need it.

There’s this talk from ElixirConf EU 2017 how to build your own drone and program it with Elixir, maybe will be interesting to someone. 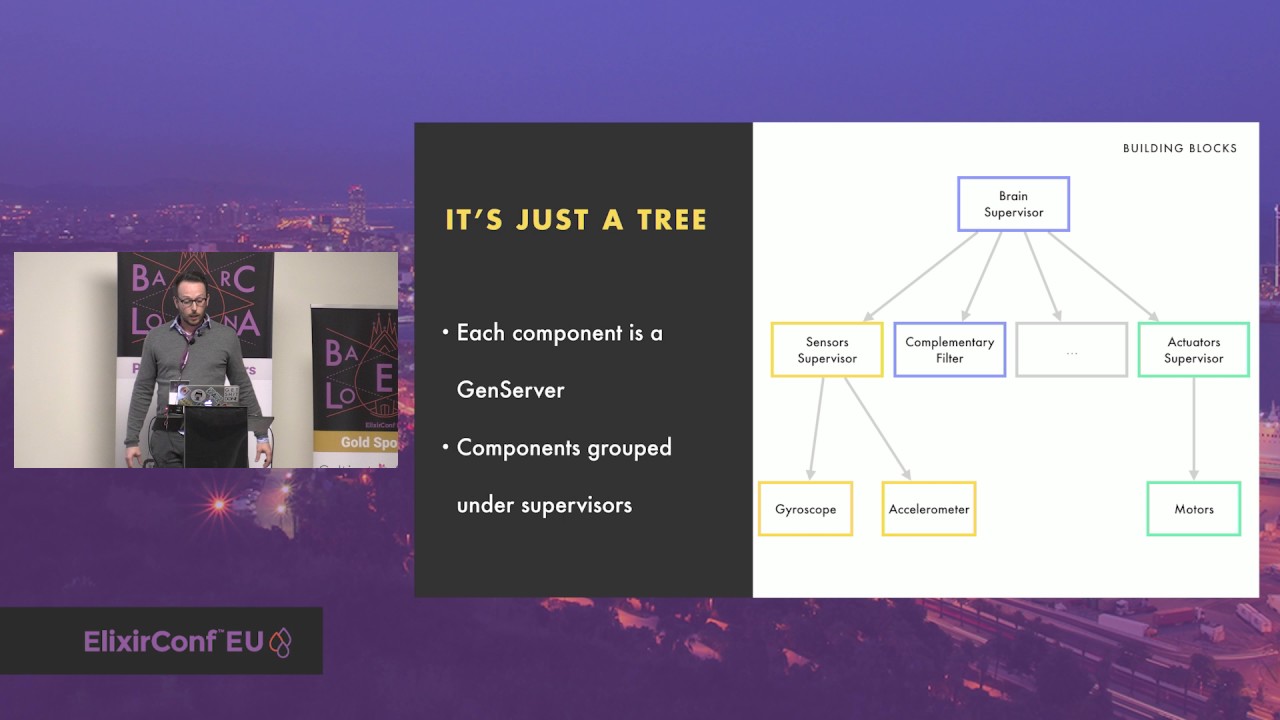 Sounds like a fun project, keep us posted Aleksandr!

I thought about erlang/elixir hot code reloading! Updating the software while it’s in the air. Just to show off.

Would use Distillery as mix release’s can’t be used for it.