Speech to text - are there are tools that can convert an audio source to text?

The first step to do this is to translate audio to text. I know of some clouds providers that does speech-to-text, but before this, I would like to understand what I would need to roll my own.

I know the opposite, text-to-speech, is quite easy with some open source tools.

Did You meet similar task of converting audio source to text? If so do You know open source libraries that could help me achieve this?

Thanks for taking time

https://github.com/mozilla/DeepSpeech is rather easy to use, but it’s very slow, at least on CPU. To transcribe a two second audio clip of me saying “hello, hello” it takes 10 seconds. But it’s quite accurate.

I also had to use ffmpeg to transcode the recording into a format deepspeech understands:

Thank You for the answer. I was also looking at this because there are rust bindings available.

Processing time is not that important, because the amount of videos is not that big…and will probably make a dedicated server for this.

For those interested in the subject, I did some basic tests with https://github.com/mozilla/DeepSpeech

It looks promising and is even faster than expected. And with a compatible card, it is possible to run on GPU

Thanks again @idi527 for the link. Now I need to glue ffmpeg and deepspeech with Elixir to have the beginning of a working solution.

I had a similar idea around 2 years ago. I used Google for Speech to Text but it was expensive AF. Fortunately they give you some credit when you create a new account.

Google Speech to text was okay’ish for English but the results weren’t something I would just use for anything serious.

How does DeepSpeech perform with things like Youtube videos or screencasts? What is with other languages than English?

The system is not on the cloud, it runs on your machine. There are language packs, but I only tested english. I have tested this video https://www.youtube.com/watch?v=nNtsBvMPpTk. It’s about 20 minutes. Here is what it takes.

And here is the raw result, some parts are ok, and some are really funny translations. It is far from perfect, but I don’t want to translate, I want to extract keywords.

Pretty interesting though, I’m subscribing to this thread in case you want to be updating it in the future.

the fornication oca calling danusia if the eye on the jestress

I have a lot of difficulties understanding how it came up with such translation… but it can only get better.

Reviving this thread to see if there are any recent updates in this space. Anybody know of any solutions that run on your local server? Perhaps an integration with Bumblebee? 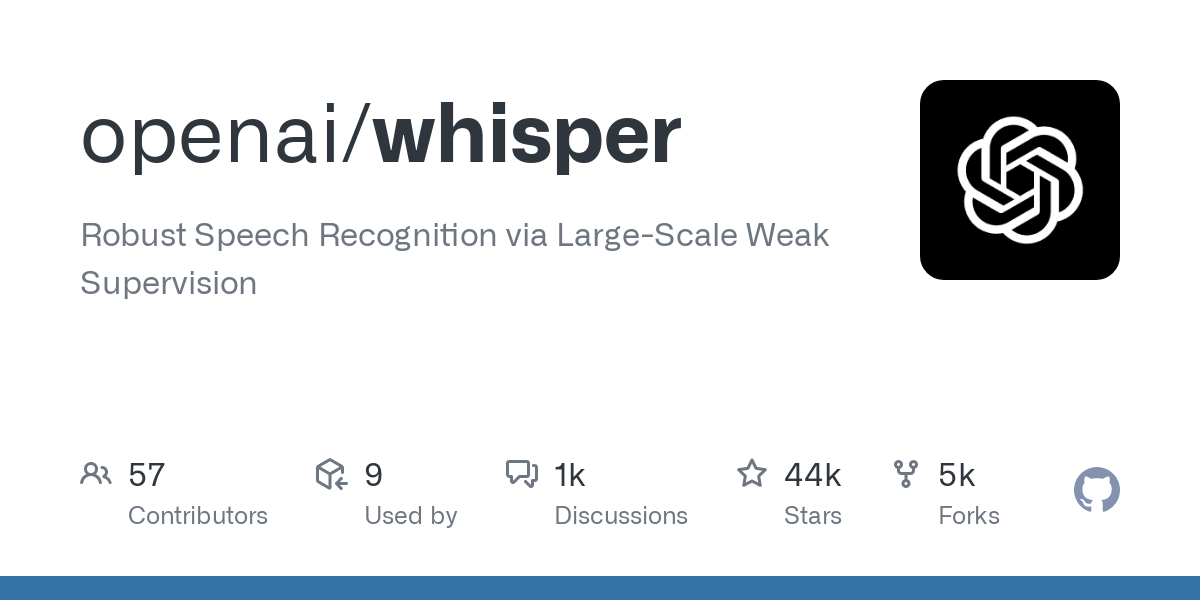 Wow that looks very good. I’ll look into it, thanks.

As deepspeech is not maintained anymore, I switched to whisper…

And now, I can pass the language in which I want the text to be translated

How was the integration? Was it just a matter of compiling whisper into a binary and using System.cmd()? Or do you have to make sure that the python interpreter is fully installed on your deployment?

I am using erlport to communicate with python scripts.
I added poolboy to be able to process multiple files concurently, but limited to 10 workers.

Here is an example for the sample file, in french…

I have python installed on the server, and I have a requirements.txt for the plugin.

I see, thanks that helps me get an idea of a practical configuration. The output is exactly what it needs to be!

Trying out whisper – pretty astounding. My dev machine is an M1 macbook pro and while it seems pretty fast, whisper doesn’t seem optimized for this processor. Have you experimented with hardware to find a speed boost and to see which is optimal for you?

I did not optimize at all…

The production server has no gpu, so I did it with cpu in mind.

FYI: This just popped up on the changelog.com weekly newsletter this morning. 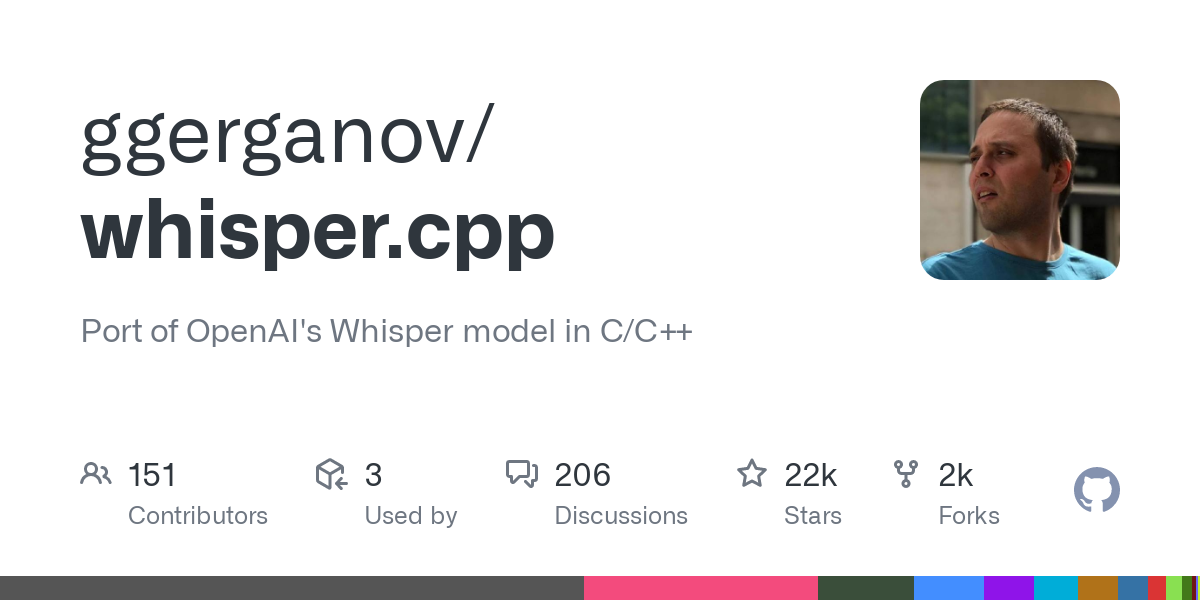 Port of OpenAI's Whisper model in C/C++. Contribute to ggerganov/whisper.cpp development by creating an account on GitHub.

I don’t know anything more about it, but thought it may be of interest.