Looks like the original authors of Swoosh never posted it here.
I just released Swoosh 1.1.0, and here I am.

The Recipient Protocol enables you to easily make your structs compatible with Swoosh functions.

Now you can directly pass %MyUser{} to from , to , cc , bcc , etc. See Swoosh.Email.Recipient for more details.

Grats on the release.

Swoosh 1.4 released with a built-in Finch-based API client. (it has always had a hackney-based one)

Now you can pick either hackney or finch.

If you implement a custom API client, you can use anything else

Neat! I saw it the other day but I saw it was hardcoded to Swoosh.Finch, wasn’t aware that I can switch it.

By the way slightly unrelated, are we typically meant to start a new Finch instance for every endpoint we connect to for the performance?

Not really. A Finch instance can handle multiple pools. Unless message passing is becoming the bottleneck (not likely), you shouldn’t have to start multiple of them.

Thanks I missed that out in the documentation, I thought there is only one pool per instance but looks like Finch can start multiple per host, that’s awesome! 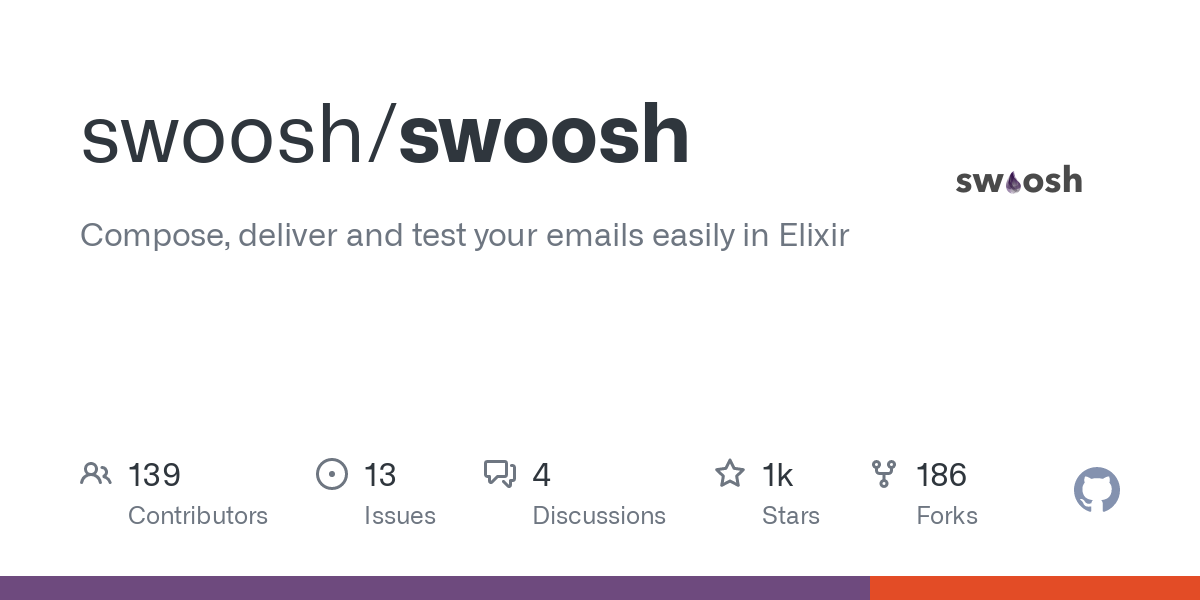 And a ton of documentation updates.