tz_world is a library that maps a location (lat, lng) to a timezone.

From time-to-time the base data in timzone_boundary_builder is updated based upon updates to the IANA timezone database.

With the IANA timezone database being updated to version 2020a on April 23rd, timezone_boundary_builder has now also updated its release.

For current users of tz_world you can update the data source in two ways:

Yeah, I can finally replace my manually imported world map in my db without update logic

It seems the data is loaded into memory on startup. I’m wondering how much memory it takes to load such a db? The geojson file I dealt with was quite big iirc.

I’ll look into that and revert. Thoughts on a better way to dynamically load required data instead of all data and still keep good performance?

Not really. I’ve skipped the problem and put the data in postgres and let it deal with it. But first we’ll need to know if the data you’re using is actually so big it’s worthwhile to think about it. I’m only using it once on registration of users (a.k.a. rarely), so it’s also likely dependent on the use case.

@kip I just looked at it. The file added to priv/ is 78 MB, which is fine, but loading the data into memory swallows 1GB of memory. This might be fine for bigger machines, but not so much for smaller ones. 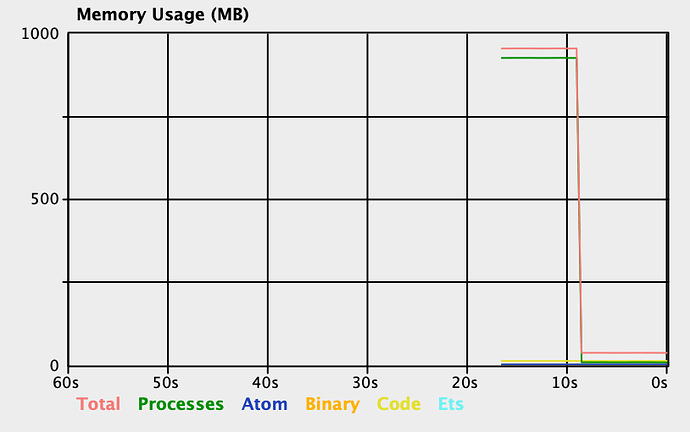 Yep, turns out its really big (and this is the version not including geo data for the oceans).

I will, for the next release:

Probably going to take a couple of weeks to get this done.

Thanks for the vigilance @LostKobrakai.

I have refactored tz_world to separate different backend strategies. Please feel free to give it a try, I plan to release a new version on hex later this week.

I’m wondering how you’re dealing with overlapping timezones? Seems like only a single timezone is returned, so at least it should be documented how this is resolved.

Fair call, currently I just return the first match in order to simplify the API for a consumer. Perhaps I should also add all_timezones_at/2 as well which would always return a list. Open to suggestions on how to handle the overlapping areas.

Fixed a few bugs, updated the documentation to reflect @lostkobrakai’s suggestion and added an even faster backend TzWorld.Backend.EtsWithIndexCache which is about 40% faster than TzWorld.Backend.Memory although it does take about 512Mb. Results:

Unless any nasty bugs pop up I’ll release to hex in about 24 hours.

Version 0.4.0 has been published on hex. From the changelog

The data for any user of thistz_world can be updated with the following. The new data will be used the next time the application is restarted.

To update the data in a running system (ie without restarting the application), first download the data using the step above. Then in your application call TzWorld.reload_timezone_data by whichever means is appropriate for your application.

Tz_world version 0.7.1 is also published. The only change is to remove tests that tested against a hardcoded data version.

It’s been a year since any functional updates or bug fixes for tz_world so today I published tz_world version 1.0.0.

Really, the only change is the version number. Still actively maintained, just no open issues or functional enhancement requests.